Sydney grandmother Maria Exposto has been acquitted of drug trafficking charges in Malaysia, saving her from the gallows.

Malaysia's highest court has acquitted Sydney grandmother Maria Exposto, sentenced to hang for drug trafficking, after her lawyers argued she was the "perfect text book dummy" and victim of an online romance scam.

Ms Exposto, 55, was convicted last year of trafficking more than one kilogram of crystal methamphetamine, also known as ice, discovered in a black backpack by customs officials at Kuala Lumpur International Airport in December, 2014.

In the Federal Appeal Court of Malaysia on Tuesday there were sighs of relief from friends and family as the chief judge of Malaysia, Tengku Maimum Binti Tuan Mat, delivered the unanimous findings by a full bench of five judges. 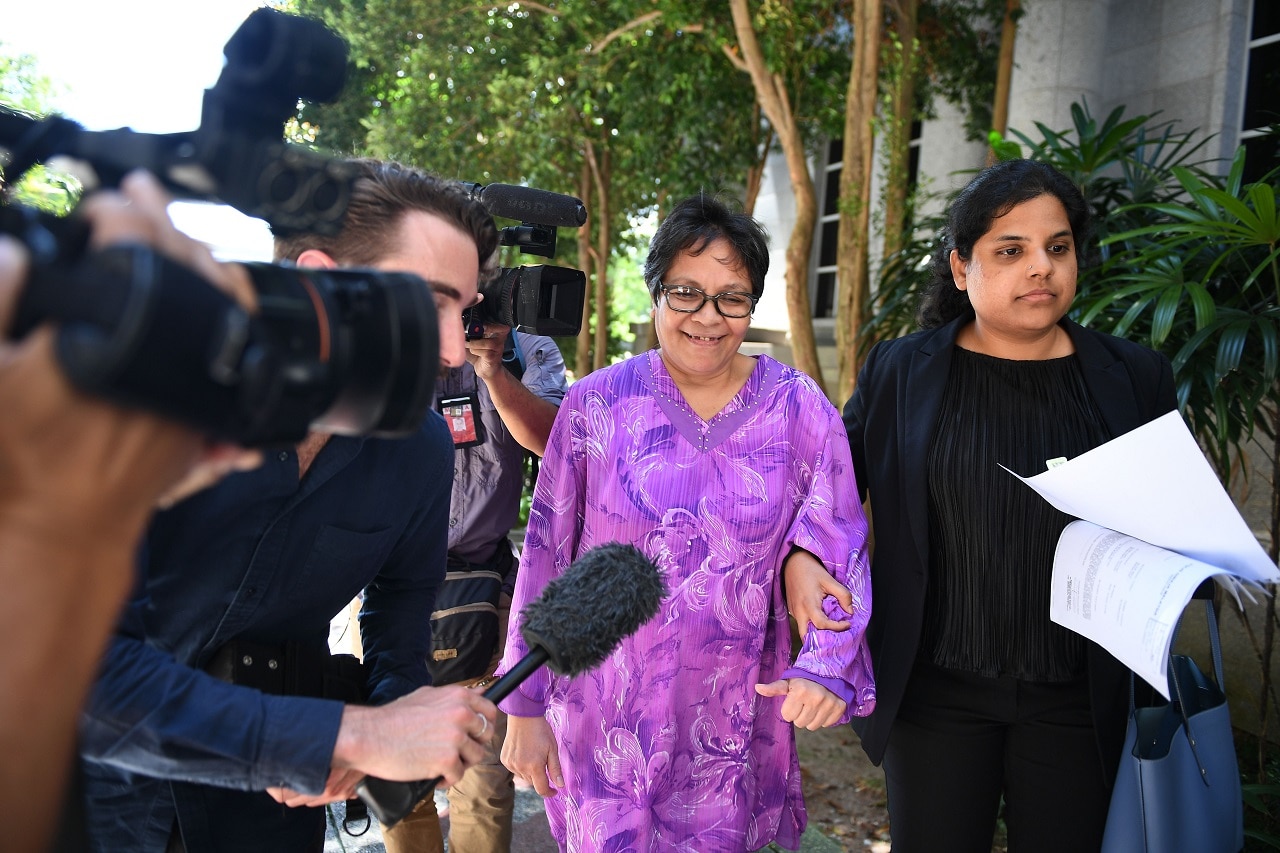 In exonerating Ms Exposto, the judge said it was proven she had no knowledge of the drugs and was an innocent carrier, adding: "This is not enough to hang someone".

Ms Exposto was immediately taken to the immigration office to arrange exit papers ahead of her expected flight out to Sydney.

"I'm thrilled. I'm very happy because I can go home to my family," she told reporters after being officially released from custody later on Tuesday.

"I'm going out to eat a steak and drink some wine because those five years I did not have any." 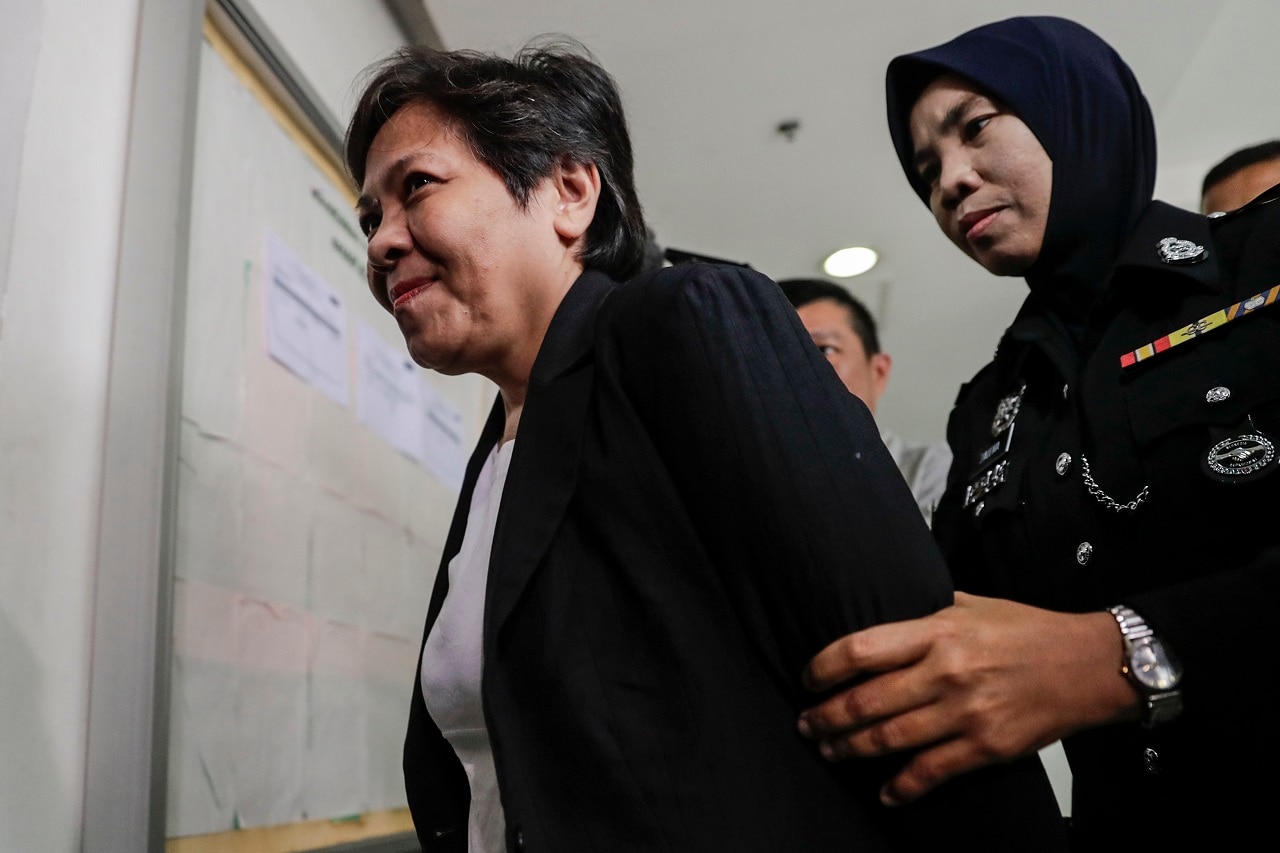 Maria Exposto arrives at the high court in 2017.
AAP

Her son Hugo said his family was delighted with the decision and that they "had just tried to take it one day at a time and do everything we can" throughout the five year ordeal.

Asked if his mother had ever lost her optimism, he said: "No, never".

The mother of four was escorted into court shackled, wearing a purple blouse, short black hair and thick rimmed glasses. She sat motionless as defence lawyer Muhammad Shafee Abdullah argued a lower court had erred in their findings and in sentencing her to hang.

He said Ms Exposto was the "perfect text book dummy" and her case was the first of its type in Malaysia which held broader legal ramifications given the appalling "state of affairs of internet scams".

"Her behaviour was totally consistent with innocence," Mr Shafee told the judges. 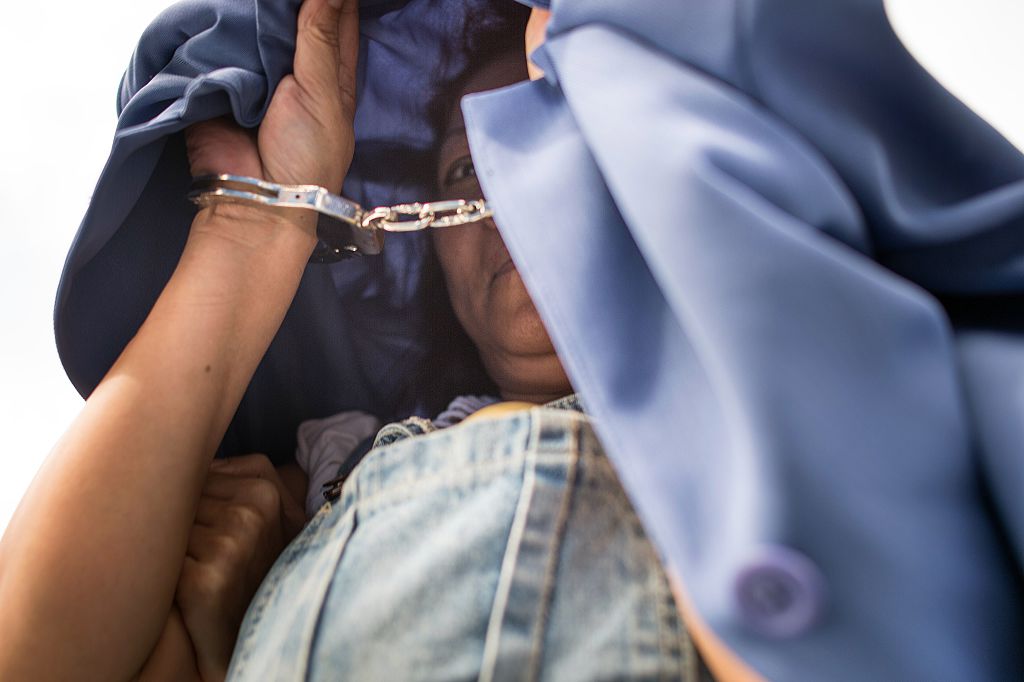 When told by customs officials at Kuala Lumpur airport that the lining of the bag she was carrying contained ice, Mr Shafee told the court that Ms Exposto's response was "it can't be".

She thought they meant frozen water not crystal methamphetamine, also known as ice.

The defence had argued Ms Exposto was the victim of an internet romance scam initiated by a man who identified himself as "Captain Daniel Smith," a US soldier stationed in Afghanistan, a widower whose wife had died in a car accident, and the father of a teenage son.

"This effected her heart and she fell in love with him," Mr Shafee said.

He said the scam had lasted a couple of years and Ms Exposto had even sent money to "Smith" before flying to Shanghai. Once there they would meet and he asked her to help him lodge documents for his retirement from the military.

"She thought happiness was in front of her, once she lodged those documents. Then her life was turned upside down," Mr Shafee said.

"Smith" did not show up in China but an American who claimed to be his friend followed her in Shanghai.

She testified that he had asked her to take a black backpack, which Ms Exposto believed contained only clothes, to Melbourne shortly before her scheduled departure. Mr Shafee noted that Ms Exposto volunteered the bag for a search at KL airport and after the drugs were discovered she spoke freely, without advice from a lawyer or the Australian High Commission.

"We will continue to provide all appropriate consular assistance and support, with a focus on ensuring Ms Pinto Exposto can be reunited with her family as soon as possible."

Ukraine PM’s has resignation rejected, despite being caught on tape criticising leader