Landmarks in Sydney and Melbourne carried the colours of Lebanon in a show of solidarity. 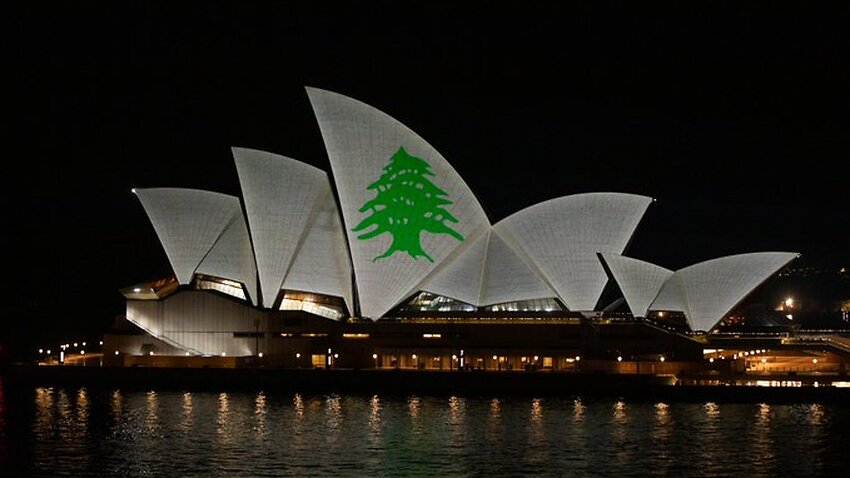 The Lebanese cedar has been projected onto the Sydney Opera House to pay tribute to those impacted by the Beirut explosion.

At least 157 people, including a two-year-old Australian child, were killed in the blast last week, with thousands more wounded.

On Tuesday night, the cedar symbol adorned the sails of the Sydney Opera House, with photos of the moment shared by Australian Prime Minister Scott Morrison and New South Wales Premier Gladys Berejiklian.

Tonight the Sydney Opera House sails were lit with the Lebanese Cedar in solidarity with the people of Lebanon following the tragic Beirut port explosion. Our thoughts and condolences are with the victims, their families, and everyone affected by this devastating event. pic.twitter.com/oRKBM6bFvg

"Australia stands with you," the Prime Minister tweeted.

"A week after the horrific blast you continue to be in our thoughts and prayers," Ms Berejiklian added.

The Australian Government has so far pledged $5 million in aid to the country.

The green and red colours of the Lebanese flag also shone over the facade at Sydney Town Hall and Melbourne Town Hall.

Some lovely gestures of solidarity for Lebanon here—from Sydney Opera House and Sydney Town Hall tonight, to Melbourne Town Hall as well as this message from the always excellent fire station in Newtown. ♥️🇱🇧♥️ pic.twitter.com/8xFCf0lHl7

The Lebanon Cedar takes centre spot on the national flag and is derived from the Cedus libani tree commonly found in mountains across the country.

The tree is referenced several times in the Christian bible and is considered a symbol of holiness and peace.

The symbol was first used after the fall of the Ottoman Empire, with Lebanon's current flag in place since the country gained independence from France in 1943.

International donors have pledged $4.1 billion worth of aid to Lebanon following the blast.

The country is also grappling with ongoing financial woes and houses over a million refugees from Syria.

Share
Published 12 August 2020 at 5:37am
By Naveen Razik
Topics
Australia