Doctors and health professionals are urging the prime minister and NSW premier to act in response to the "public health emergency" caused by bushfire smoke. 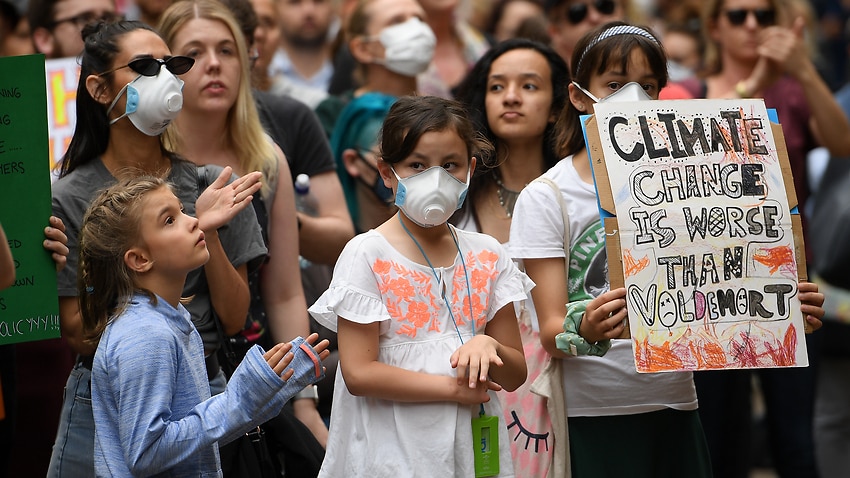 Protesters rally calling for action on the climate emergency in Sydney. Source: AAP

Medical groups are calling on the prime minister and NSW premier to take action to stem high levels of air pollution caused by bushfire smoke, calling the situation a public health emergency.

Bushfire smoke has led to air pollution levels up to 11 times the "hazardous" level in parts of Sydney and NSW, the statement, released on Monday, said.

Read More
Sydney set for a smoky Sunday, with temperatures of 40C predicted for week ahead

"Both the Federal and State Government of NSW must prioritise action to help reduce the risks to people's health arising from hazardous air pollution from the bushfires that continue to burn relentlessly across the state," the statement read.

"We call on Prime Minister Scott Morrison and NSW Premier Gladys Berejiklian to demonstrate the leadership this public health emergency demands, and to implement measures to help alleviate the health and climate crisis."

The medical groups also called on political leaders to acknowledge the impacts of climate change and commit to action to reduce greenhouse gas emissions.

"In addition to responding to this public health emergency, we call on Prime Minister Scott Morrison and Premier Gladys Berejiklian to lead action on climate change to protect our health," they said.

They called for a national strategy on climate, health and wellbeing to ensure a co-ordinated approach to tackling "the worsening health impacts of climate change".