As a Sydney school is closed after a staff member tested positive for COVID-19, NSW and Victoria have announced a further easing of coronavirus restrictions.

All students at a Sydney primary school have been told to self-isolate after a staff member tested positive for COVID-19.

It comes as Victoria reported nine new cases overnight, including a Melbourne doctor. Of the Victorian cases, three were in hotel quarantine, according to the government.

In New South Wales there were also nine new cases, with eight of those being in hotel quarantine.

Laguna Street Public School in southern Sydney will stop on-site learning until 24 June following the diagnosis, according to the NSW education department.

All 455 school students have been deemed close contacts of the employee and should start self-isolating, a statement from the department said on Saturday night.

"The staff member has had contact with most students at the school during the period they may have been infectious," the statement said.

A Sydney Rooster's NRL game due to play on Sunday was postponed as it was revealed one of the player's children attends the Laguna school and has been instructed to self-isolate. 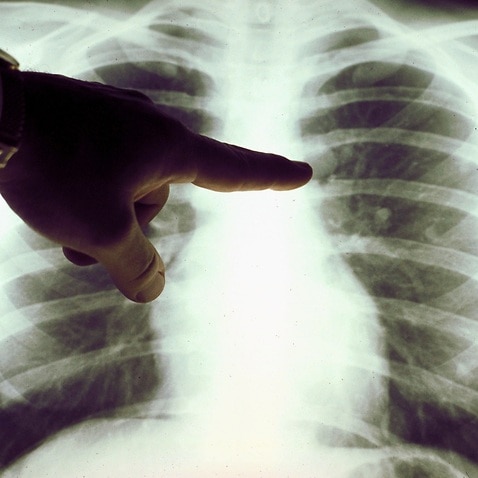 It comes after a staff member at Rose Bay Public School in Sydney's eastern suburbs was confirmed on Friday to have tested positive for the coronavirus.

The Rose Bay case was one of four confirmed in the 24-hour reporting period to Friday night, along with a locally-acquired case still under investigation.

It caused the school's closure on Friday, but authorities are investigating whether it is an older infection.

Meanwhile, the locally-acquired case - a man in his twenties - brought an end to the state's streak of having no community-transmitted infections recorded for more than two weeks.

He's not believed to have attended any recent protest or mass gathering, NSW Health says.

There have now been 3120 cases of coronavirus in NSW, with 47 people being treated as of Saturday. None are in intensive care.

In Victoria, the doctor who tested positive to the virus worked at three different medical clinics, with authorities now tracing those he had come in contact with.

The clinics were in the suburbs of Croydon, Lilydale and Coburg.

Meanwhile, the Victorian and NSW governments have both announced a further easing of coronavirus lockdown restrictions.

NSW Premier Gladys Berejiklian said from 1 July there would be no upper limit on the number of patrons at restaurants or venues as long as they followed the one person per four square metre rule.

"It is so important for businesses to make sure they comply with the strict guidelines that have been put in place. That means that medium- and larger-size venues can obviously increase their capacity according to the four square metre rule," Ms Berejilkian told reporters.

She also announced up to 10,000 people would be able to gather for a concert or sporting event at a large venue with 40,000 capacity or more, the upper limit representing 25 per cent of the venue's total capacity up to a 10,000 person limit.

Victorian Premier Daniel Andrews also announced that from 22 June pubs and restaurants would be able to have up to 50 patrons in each enclosed space.

He also announced that patrons would be able to buy alcohol without having to buy a meal as previously required.

"Again, thank you to every Victorian for the contribution you have made and continue to make. That's why we have numbers that are the envy of the world, and avoided so many of those terrible scenes that are not over," Mr Andrews said.

Shared camping facilities, sports centres and swimming pools in Victoria would also be allowed to reopen from next Sunday.