The United Nations Security Council will not vote on Thursday on a draft resolution to condemn a deadly gas attack in a rebel-held area of northern Syria, but will continue negotiations, a British diplomat said.

The United States, Britain and France proposed a draft resolution on Tuesday to condemn the attack and press Syria to cooperate with international investigators. Russia said the text was unacceptable and proposed a rival draft.

The elected 10 members of the 15-member council proposed a third draft resolution, based on the text by Western powers, on Thursday evening in a bid to reach consensus.

"U.N. Security Council will no longer vote on the (resolution) on Syria this evening. Consultations among Council members are ongoing," British diplomat Stephen Hickey posted on Twitter.

A Security Council resolution needs nine votes in favor and no vetoes by the United States, Britain, France, Russia or China to pass.

The US Thursday threatened Syria with military action as President Donald Trump warned 'something should happen' following a suspected chemical attack that left at least 86 dead and provoked global outrage.

US Secretary of State Rex Tillerson vowed an "appropriate response" to the attack in Khan Sheikhun in rebel-held Idlib province, whose victims included 27 children.

Trump has signaled a startling about-turn towards President Bashar al-Assad, who many in the international community hold responsible for Tuesday's horrific events.

"What Assad did is terrible. What happened in Syria is truly one of the egregious crimes," the US leader said Thursday. "I guess he's running things, so I guess something should happen."

Trump's comments came as Tillerson -- who like him was in Florida to welcome China's Xi Jinping -- called explicitly for "a political process that would lead to Assad leaving" and said his future role in the country was "uncertain."

Watch: Rex Tillerson on the US' response

It remained unclear whether Assad's main ally Russia would resort to its veto power to block the draft resolution presented to the UN, which was slightly revised following negotiations over the past two days.

Britain, France and the United States are backing the draft which demands a full investigation of the incident, which Turkey believes exposed victims to the nerve agent sarin.

The US Ambassador Nikki Haley has warned that Washington could take unilateral action if the world body fails to respond to the serious allegations of chemical weapons use.

A US official said the Pentagon is presenting the White House with a range of possible military options, including cruise missile or air strikes on Assad's air fields in a bid to ground his air force -- but that no decisions had been taken.

Any such military action brings enormous risks, as strikes could be subject to skirting Russian air defenses. Moscow also has advisors on the ground in Syria.

Russia at UN warns US over possible military action in Syria

Russia warned the United States on Thursday that there could be "negative consequences" if Washington takes military action against Syria.

"All responsibility if military action occurs will be on the shoulders of those who initiated such a doubtful tragic enterprise," Russian Ambassador Vladimir Safronkov told reporters following a closed-door Security Council meeting on Syria.

German Chancellor Angela Merkel said on Thursday it was a scandal that the United Nations Security Council did not pass a resolution condemning a suspected chemical attack in Syria this week which killed at least 70 people.

"It was a barbaric attack that must be cleared up. The use of chemical weapons is a war crime," Merkel told a news conference in eastern Germany, adding there were some indications it was carried out by President Bashar al-Assad's forces.

"It is a scandal that no U.N. Security Council resolution materialized and those who opposed it must consider what responsibility they bear," she said. She declined to interpret U.S. President Donald Trump's comments that the attack went "beyond a red line".

Watch: Angela Merkel lambasts the UN for not passing a resolution condemning the attack

The UN children's agency UNICEF says at least 546 people were wounded in the suspected chemical attack.

More than 30 people were transferred across the border into Turkey for treatment, and Ankara said a preliminary probe found a link between these injuries and sarin.

If confirmed to be a chemical attack, this would be among the worst such incidents in Syria's civil war, which has killed more than 320,000 people since it began in March 2011.

The OPCW said Thursday it has opened an "ongoing investigation" and has "initiated contact with the Syrian authorities."

Russia has previously used its veto seven times to shield Syria at the UN.

France warned Moscow it would face a "terrible responsibility in front of history" if it did so once more.

Russia, Syria hit back as pressure builds over 'chemical attack'

Britain, France and the United States have pressed for a vote on a UN Security Council resolution to investigate dozens of civilian deaths in a northwestern Syria town, which Turkey said it suspected were the result of exposure to nerve agent sarin.

At least 86 people were killed early Tuesday in rebel-held Khan Sheikhun, and dozens more treated for convulsions, breathing problems and foaming at the mouth.

World powers have pointed the finger at the government of Bashar al-Assad, but Foreign Minister Walid Muallem repeated the regime's denial Thursday.

"The Syrian army has not, did not and will not use this kind of weapons -- not just against our own people, but even against the terrorists that attack our civilians with their mortar rounds," he said.


Russia also stood by its longtime ally, with President Vladimir Putin warning against a rush to judgement.

Putin underlined "the unacceptability of making unfounded accusations against anyone before a thorough and impartial international investigation is carried out".

More than 30 people were transferred across the border into Turkey for treatment following the incident, and Ankara said a preliminary probe found "a link between these injuries and the use of chemical weapons".

"According to the results of the initial analysis, the findings suggest the injured were exposed to a chemical substance (sarin)," its health ministry said.

After an emergency session of the UN Security Council on Wednesday, Western diplomats are expected to push for a vote as early as Thursday on a resolution demanding an investigation into the incident.

But "it's difficult because up to now every time we have presented a resolution, there has been a veto by Russia and sometimes by China," he added. 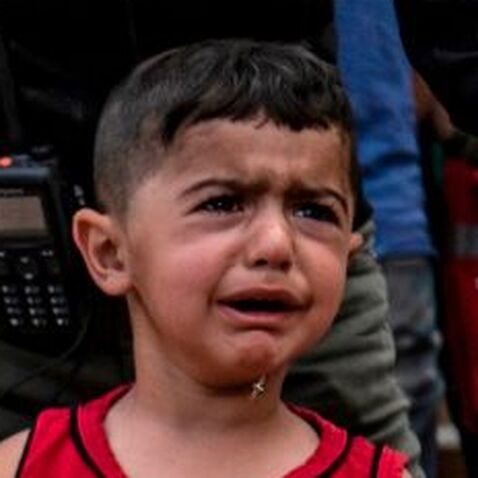 If confirmed as an attack, it would be among the worst incidents of chemical weapons use in Syria's civil war, which has killed more than 320,000 people since it began in March 2011.

It has also prompted an about-face from US President Donald Trump, who in 2013 urged then-president Barack Obama not to intervene against Assad after a major suspected chemical attack.

Senior US officials had also recently suggested it was no longer a priority that Assad be removed from power.

Trump described the alleged attack as an "affront to humanity" and warned it had changed his view of Assad.

"It crossed a lot of lines for me," he said, alluding to Obama's failure to enforce his own 2013 "red line" on the use of chemical weapons in Syria.

As she held up pictures of lifeless children at the UN on Wednesday, US ambassador Nikki Haley warned of unilateral action if the UN failed "in its duty to act collectively".

The OPCW said Thursday it has opened an "ongoing investigation" into the suspected chemical attack, and has "initiated contact with the Syrian authorities" as part of the probe.


Earlier, Muallem said such an investigation "must guarantee that it is not politicised, that it has broad geographic representation and that it is launched from Damascus, not Turkey".

Britain, France and the United States asked the Security Council to hold a vote later Thursday on the resolution, diplomats said.

But it remained unclear whether Russia would support the measure, which was slightly revised after negotiations in the past two days.

France warned Russia it would face a "terrible responsibility in front of history" if it vetoed it.

Turkey said Russia's support of the Syrian regime was "utterly wrong", in Ankara's most bitter recent attack on Moscow after a dramatic warming of ties in recent months.

Analysts said it was unclear whether the Trump administration would follow through with its threats of action.

"We have no precedent to use to assess whether the Trump administration's words yesterday were bluster or a representation of genuine threat," said Charles Lister of the Middle East Institute.

"Trump... was exposed to the horrific footage that we all saw and quite clearly that had a transformative effect on him.

"Now we need to wait to see whether that transforms into real policy shifts or not."
0:00
Share

Hundreds flock to anti-lockdown rally in Melbourne despite police warning