Syria's Kurdish forces are reportedly withdrawing from the Turkish border

Syria's Kurds say they'll withdraw from an area of the border with Turkey after evacuation of a besieged town is complete. 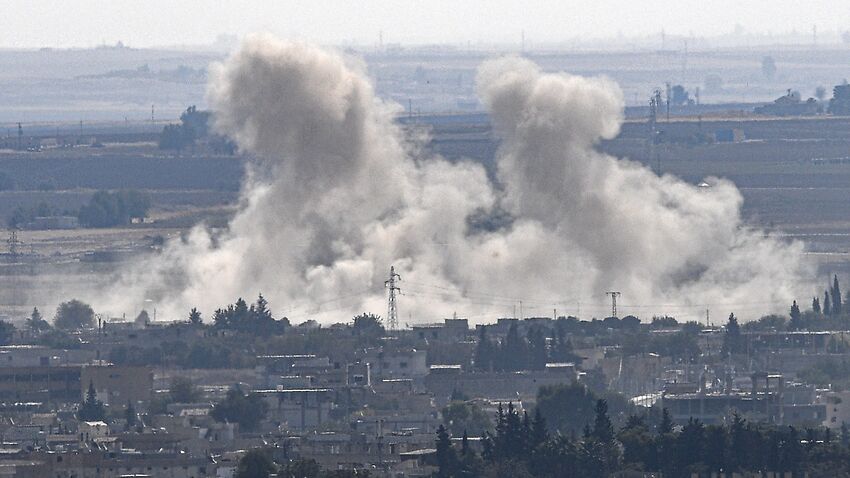 A senior Syrian Kurdish official says his forces will pull back from a border area in accordance with a US-brokered deal after Turkey allows the evacuation of its remaining fighters and civilians from a besieged town there.

Redur Khalil, a senior Syrian Democratic Forces official, said on Saturday the plan for evacuation from the town of Ras al-Ayn is set for the following day, if there are no delays.

He says only after that will his force pull back from a 120km area between the towns of Ras al-Ayn and Tal-Aybad. It will withdraw and move back from the border 30km.

This is the first time the Kurdish force has publicly acknowledged it will withdraw from the border, saying it has co-ordinated it with the Americans. The agreement has not specified the area of its pullback.

Previous agreements between the US and Turkey over a "safe zone" along the Syria-Turkish border floundered over the diverging definitions of the area.

Khalil said a partial evacuation happened earlier Saturday from Ras al-Ayn after much stalling and with US co-ordination.