Gillian Triggs has referred to the end of her tenure as Australian Human Rights Commission president in a speech in Sydney.

Outgoing Human Rights Commission president Gillian Triggs has told a Sydney conference that challenging government policy is "clearly not a good career move" after being given the boot this week.

Prime Minister Malcolm Turnbull announced on Wednesday that Professor Triggs would not have her contract renewed next year after butting heads with the federal government. 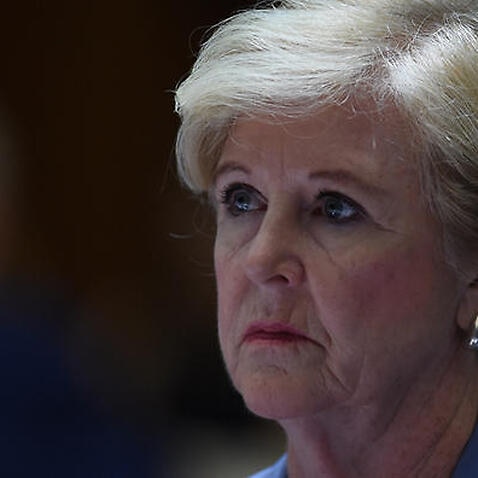 'There will be a new president': Turnbull says Triggs' term will not be renewed The international lawyer referenced the move while addressing the Australian Council of Social Service in Sydney on Friday, advising young people that "to challenge government policy is clearly not a good career move."

"I really wouldn't recommend it if you're on the way up.

"Perhaps it's an important characteristic of a truth-teller to be somewhat older and not looking for advancement or preferment," she said, drawing laughter from the audience.

Professor Triggs spoke about the "political and media abuse" she sustained but says she couldn't live with the consequences of failing to speak up. An image drawn by a child in immigration detention on Christmas Island, obtained by the Human Rights Commission in April 2014.
AAP

Several Liberal and Nationals MPs have taken aim at Professor Triggs over a report she commissioned into children in immigration detention.

More recently, she was criticised during a debate on the controversial section 18C of the Racial Discrimination Act.

"When my term is up and I'm digging in my garden, hopefully smelling a rose or two, I couldn't live with any failure on my part to raise the critical human rights of the day," she said.

She also defended the commission, saying an essential part of its job was its independence and the "inability of ministers to dismiss the president for giving advice that may be challenging or controversial".

"The commission, in short, is paid to speak truth to power, creating an inevitable tension with the government of the day on some issues," she told the conference.

Professor Triggs will be replaced at the end of her tenure in July 2017. 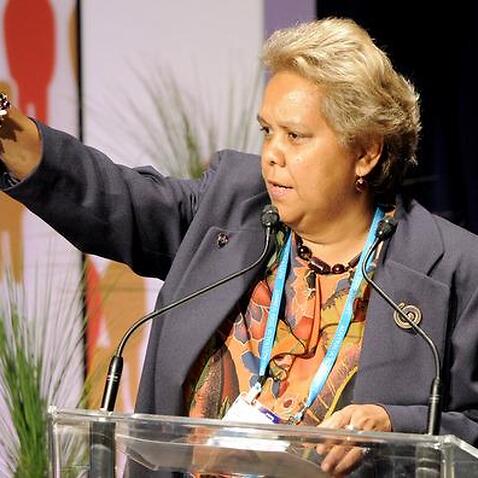 Australian veteran Bill McDonald recalls the moment he knew World War II was over, 75 years on

'Significant risk' of mail ballot delays ahead of US presidential election