The Australian Border Force earlier this month announced it had given Sri Lankan police five surveillance drones for use in "a wide range of activities", including clamping down on maritime people smuggling. 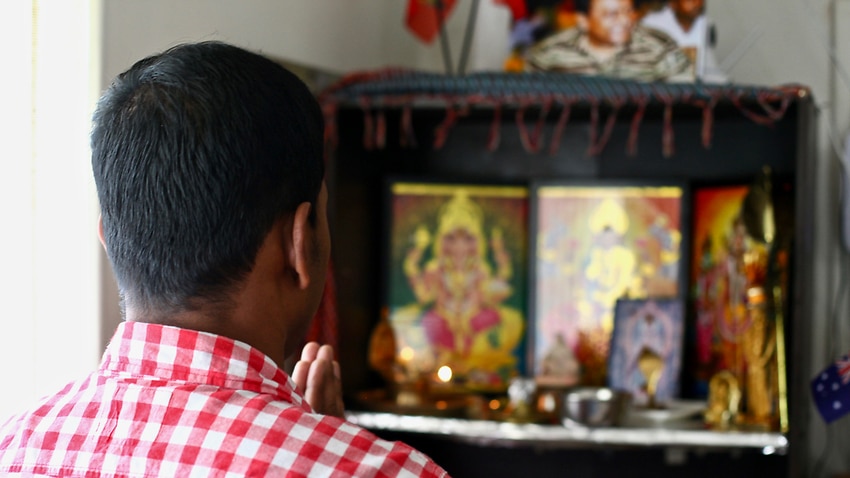 Tamil asylum seeker Maravan is among those from the community in Australia to voice concern about the gifting of the drones Source: SBS News/Aaron Fernandes

Members of the Tamil community in Australia have condemned the federal government’s gifting of drones to Sri Lankan police, amid fears they could be used negatively against the country's ethnic minority.

Earlier this month, the Australian Border Force announced it had given Sri Lankan police five surveillance drones for use in “a wide range of activities” including natural disaster scene assessment and recovery, transnational crime investigation and countering maritime people smuggling.

The move has raised eyebrows and alarm, including from the Tamil Refugee Council, which fears the drones might be used to help prevent Tamils from fleeing Sri Lanka and to monitor political activists.

“[Sri Lankan police] have been targeting Tamils, human rights activists, Muslim communities, and when the Australian government supplies them with security equipment, all it means is putting these peoples' lives at risk,” spokesperson Aran Mylvaganam said.

Tamil asylum seeker Maravan* has also been concerned by the move. The now-41-year-old said he was arrested and tortured by Sri Lankan government forces for his political activism.

“I totally feel I lost my life there, because at the time I felt they were shooting many Tamils,” he said.

He fled to Malaysia in 2007 and then looked to come to Australia by boat in 2013, looking for protection. His case is still going through the courts.

Since fleeing the country, he said, Sri Lanka’s military has been visiting his family wanting to know of his whereabouts.

The five drones are not the first gifts Australia has sent Sri Lanka with an aim of stopping maritime immigration.

In 2013 the Abbott government donated two patrol boats to the country in a bid to end people smuggling - a move that was criticised at the time by human rights advocates.

More than a decade after the end of the civil war between government forces and Tamil separatists, observers say the country's rule of law and human rights situation remains a matter of grave concern - particularly since the 2019 election of Gotabaya Rajapaksa and his Sri Lanka Podujana Peramuna party.

“The fact remains that the same government that was in power during the civil war and at the end of the civil war, when a large number of atrocities and disappearances happened, is now back in power,” human rights lawyer Alison Battison said.

“We have seen increased surveillance in northern areas, which are Tamil majority areas, and seen a lot of activists and victim’s families start complaining about visits from security agents, threats and intimidation.”

Damien Kingsbury, an international politics professor from Deakin University, said Australia should be using its friendship with Sri Lanka to push it toward ending the oppression of minority groups in the country for good.

“The Australian government really ought to look at the reasons why people want to leave countries like Sri Lanka and try to address the problems at the root, rather than to bottle them up and continue to support governments which repress their own people,” he said.

In a statement, a Department of Home Affairs spokesperson said Australia works “collaboratively with international partners, including the Sri Lankan police, to tackle transnational crimes, including people smuggling”.

“Sri Lanka is a valuable partner in preventing and responding to maritime people smuggling,” the statement said.

The Department of Foreign Affairs' 2019 country report on Sri Lanka said "the risk of torture perpetrated by either military, intelligence or police forces has decreased since the end of the civil conflict and is no longer state-sponsored".

Sri Lanka's prime minister's office did not respond to a request for comment.

*not his real name.