The Tasmanian Liberal government is hopeful Jacqui Lambie can negotiate the wiping of the state's historic housing debt to help solve homelessness. 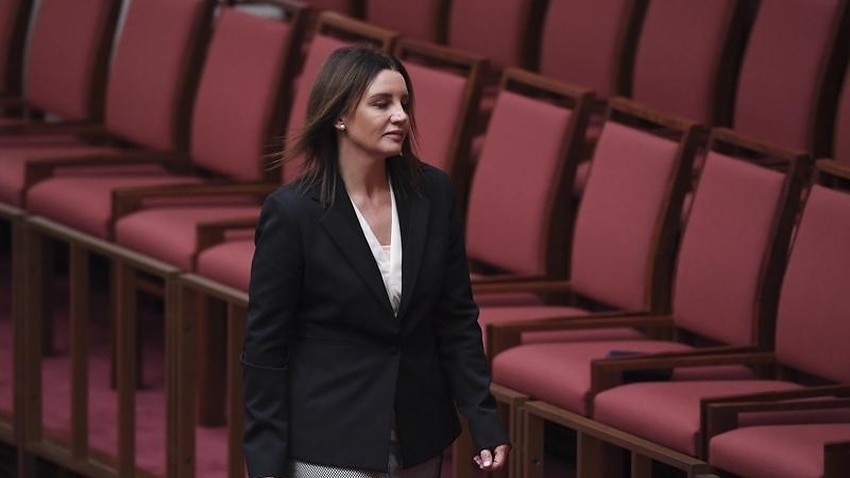 Tasmania is hoping Jacqui Lambie delivers on the wiping of the public housing debt owed to Canberra. (AAP)

Tasmania is hopeful of having its $157 million public housing debt wiped off by the federal government and wants Jacqui Lambie to keep flying the Apple Isle flag.

The maverick senator on Thursday agreed to back the government's full tax package in return for action on Tasmania's homelessness crisis, although details of the deal are yet to be finalised.

State Liberal Minister for Growth Michael Ferguson said he was happy Ms Lambie made it her early goal.

"We're working with all of our Tasmanian senators to ensure the Tasmanian message is heard loud and clear in Canberra," he told reporters.

"I thank Jacqui Lambie for her advocacy for Tasmania. It sits very neatly with efforts that we have put forward."

A meeting of federal and state government representatives and welfare heads was held in Hobart last month to try and find solutions to Tasmania's affordable housing shortage.

The debt, accumulated between 1956 and 1989, costs the state government $15 million in repayments per year plus interest.

That's more than half the $30 million Canberra provides for public housing in Tasmania per year.

Mr Ferguson was "hopeful" Ms Lambie could deliver on her pledge.

"Jacqui is supporting the Tasmanian government's position," he said.

"I can say I am aware of conversations to ensure that Jacqui can advocate for Tasmania - she's doing a great job."

As of March, there were 3318 open applications on the state's housing register, a figure that was virtually the same at 3301 in April 2018.

The affordable housing problem, particularly in and around Hobart, is due to a lack of supply and has been aggravated by an AirBnB boom at the expense of rentals.

The state government last month announced at plan to house homeless people in pre-fabricated units at shelters or in hotels, hostels and caravan parks.

Australian Bureau of Statistics data from several years ago estimated 1,600 people in Tasmania were without a home.