Robert Mugabe's resignation marks a significant moment for people across the globe - including one man in Melbourne.

Kuda Mangoma woke up in Melbourne on Wednesday morning to his phone buzzing with historic news from his homeland.

Despite living half a world away from the unfolding events in Zimbabwe - where President Robert Mugabe resigned after 37 years of rule - the 24-year-old said it was one of the happiest days of his life.

"I woke up to the news... messages and missed calls from Zimbabweans, the amount of emotions that came in all at once, I can't explain," Mr Mangoma told SBS News.

"I wanted to cry and laugh at the same time." Mr Mangoma moved to Australia as a teenager in 2009.

"I immediately started playing music from back at home and I was alone in my bedroom dancing. I felt so connected to my friends back at home."

His father, Elton Mangoma, is a former cabinet minister of the opposition MDC party and was caught up in the violent 2008 presidential election. The violence resulted in a move to Australia. 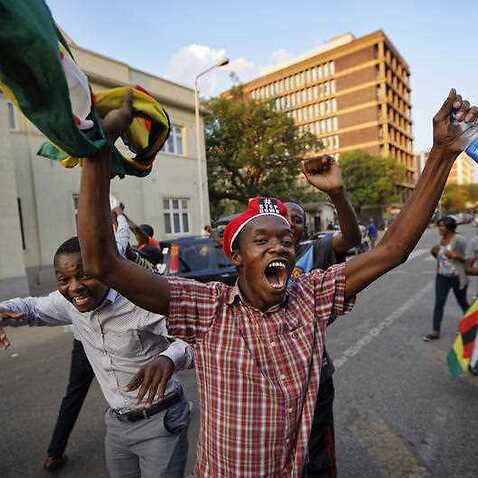 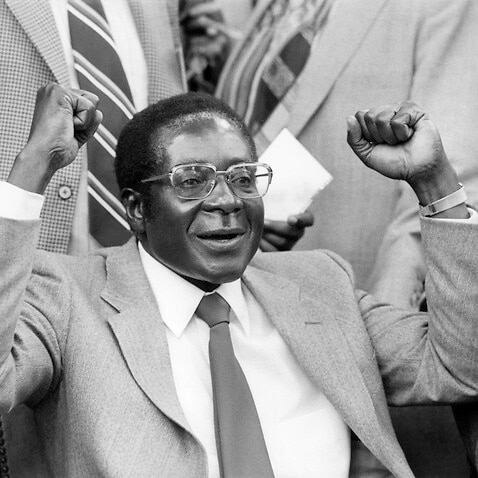 Since the military intervention last week, the younger Mr Mangoma had been holding his breath as he watched the news unfold of Mr Mugabe's downfall.

He described the jubilation, that had seen his countrymen dance in parliament and on the streets, as "cautious optimism".

"We are not just diving into this because everyone is celebrating now, but we are cautious of what comes next. Zimbabweans are definitely not taking that for granted," he said.

"After having 37 years of this brutal dictatorship I highly doubt Zimbabweans are going to be naive in their celebrations. We are celebrating all the pain and broken families that have come from this regime.

"But what comes next? we are really switched on to make sure it is nothing but peace, unity and finally getting this opportunity to grow together and bring out the potential for this country."

With Mr Mugabe putting an end to his rule, the ruling Zanu-PF party has announced Emmerson Mnangagwa will be the next president of Zimbabwe.

The man known as "The Crocodile" was recently sacked by Mr Mugabe.

He worked as Mr Mugabe's enforcer and head of the Central Intelligence Organisation, or secret police, during the 1980s.

"He [Mr Mnangagwa] released a statement today which read beautifully, but at the same time those are just words," Mr Mangoma said. 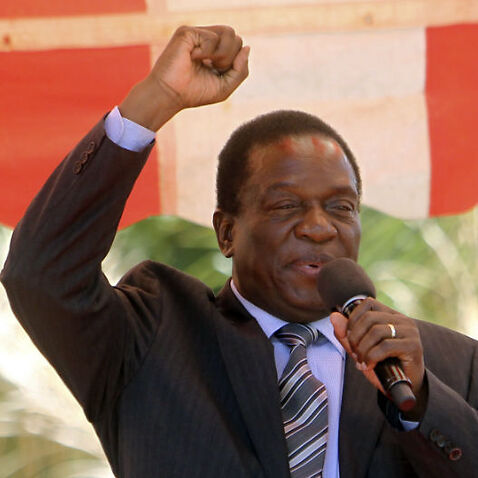 Zimbabwe's 'Comeback Crocodile' Mnangagwa to be sworn in on Friday: state media "This is a man who was [allegedly] one of the biggest architects of the largest genocide the nation has ever seen and a lot of the brutality during the 2005 election and 2008 election, which resulted in myself moving here.

"But if he is genuine in what he said, collaborate with opposition parties will welcome that with open arms. Most importantly I believe we need political and electoral reforms and limited terms and free and fair elections that aren't rigged."

Mr Mangoma said watching the world get behind Zimbabwe and call for a new era has been "humbling".

Dr Meredith Burgmann from the Zimbabwe Information Centre expressed her happiness at the news.

"I knew it was coming but this morning it was still fantastic and I've been emailing my friends all around the world sending photos of us demonstrating 20 years ago and saying 'yay, we won'," she said.

"You know and I am certainly going to have a drink tonight."