Ten years since Australia got its first female prime minister, how diverse is our parliament? 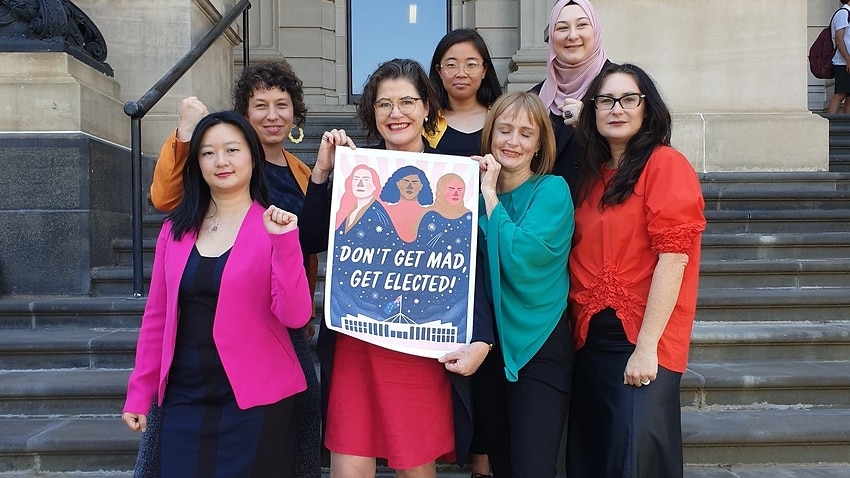 But since Julia Gillard’s three years and three days at the top, women have had to look beyond Australia’s borders for PM-level inspiration – to New Zealand, Finland and Barbados, among others.

Greens Senator Sarah Hanson-Young won a defamation case over lewd comments made by a male senator, former Liberal deputy prime minister Julie Bishop acknowledged – after leaving politics - that she witnessed toxic misogyny in parliament, and Liberal MP Kelly O’Dwyer, the first women to give birth while in cabinet, quit politics to spend more time with her children.

Last year, Australia was ranked 49th in the world for women’s representation in national government lower houses and 90th for women in ministerial positions.

Juliana Addison in her electorate of Wendouree. Source: Supplied

Ecehan Gülbayrak in the Victorian Legislative Assembly during the Pathway to Politics program. Source: Supplied