An American pilot program is attributed as the reason tens of thousands of inmates in California, many from ethnic minorities, will have marijuana convictions dismissed.

More than 85,000 marijuana convictions, some going back decades, will be dismissed in California thanks to a pilot program that will mostly help minorities disproportionately targeted by law enforcement. A marijuana leaf in the vegetative room at a cannabis cultivator.
AAP Image/Eric Engman/Fairbanks Daily News-Miner via AP

The other counties taking part in the so-called Clear My Record program are San Francisco, Sacramento, San Joaquin and Contra Costa.

Officials say clearing the convictions will help people move on with their lives and more easily find jobs and housing in a state that legalised recreational marijuana in 2018.

"This is a clear demonstration that automatic record clearance is possible at scale, and can help to right the wrongs of the failed war on drugs," said Evonne Silva, a senior official with Code for America. 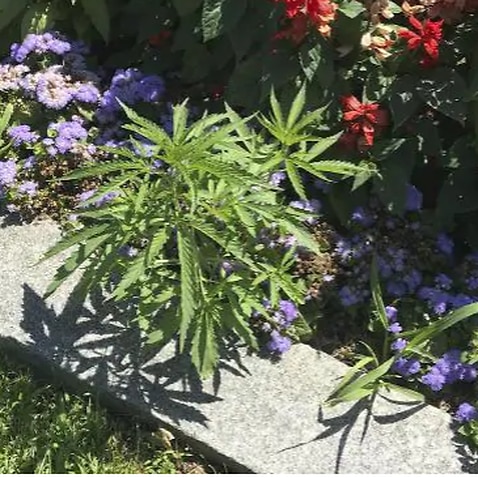 The non-profit partnered with California prosecutors to develop a computer algorithm that can quickly identify cases eligible to be cleared under Proposition 64, which in 2016 legalised the possession and purchase of small amounts of marijuana.

The law also allowed for people to grow up to six plants of cannabis for personal use.

Under legislation signed in California in 2018, prosecutors were required to clear the records of people eligible under Proposition 64 by July of this year. Silva said the program developed by Code for America had helped speed that process and urged other communities to use the technology that can scan the records of 10,000 people in a matter of seconds.

"Looking forward, Code for America stands at the ready to help all California counties provide this much needed relief in advance of the July 1, 2020 deadline," Silva said. In Pictures: Where 518 inmates sleep in space for 170, and gangs hold it together

According to a 2016 study, even though African Americans account for six percent of California's population, they represented nearly one quarter of those jailed for marijuana offenses across the state.

In Los Angeles County, of the 53,000 people who will receive conviction relief thanks to the Clear My Record program, nearly 32 percent are black, 45 percent are Latinos and 20 percent are white, Lacey's office said.