One detainee says refugees are 'very anxious' about today's closure, as another claims locals armed with machetes are stealing from the detention centre.

Manus Island detainees are launching legal action over the closure of Australia's immigration detention centre, just hours before utilities are cut off.

Hundreds of refugees and asylum seekers are refusing to leave the camp at the Lombrum Navy Base in Papua New Guinea as food, water and power are cut on Tuesday.

Detainees fear they won't be safe at three other facilities they are meant to relocate to in and around the island's main town of Lorengau, amid unconfirmed reports locals have been looting from the detention centre.

The group believes their constitutionally protected human rights are being breached by the removal of basic services, including water and electricity.

Sudanese refugee Abdul Aziz Adam, 24, told SBS News those inside the centre were unsure of what would happen to them. 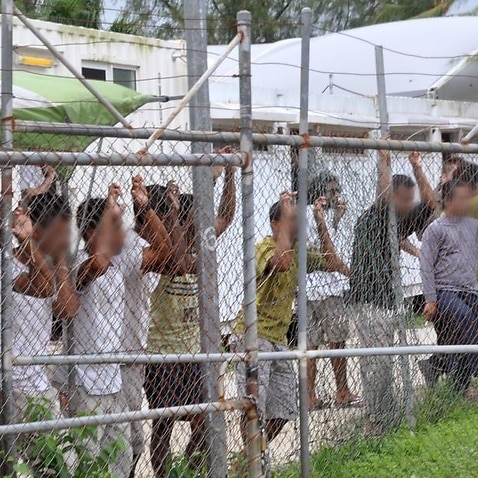 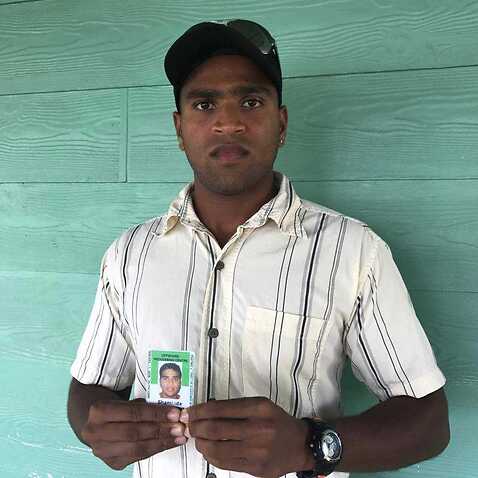 Mr Aziz said all the security guards had left the centre and the group was now alone.

"People are really scared, they're terrified and they're anxious," Mr Aziz, who has been on Manus for more than four years, said.

"What we worry about is [the violence] we want to just prove to them that we are peaceful." Another Sudanese refugee on the island, Abdul Mohammad, said those remaining in the detention centre feared for their lives. He claimed scores of Manus Island locals armed with machetes were looting from the premises.

"Some of the locals have come inside and are stealing boxes, fire alarms, the fans, some of them are taking the air-conditioners," he told AAP from Manus Island on Tuesday. 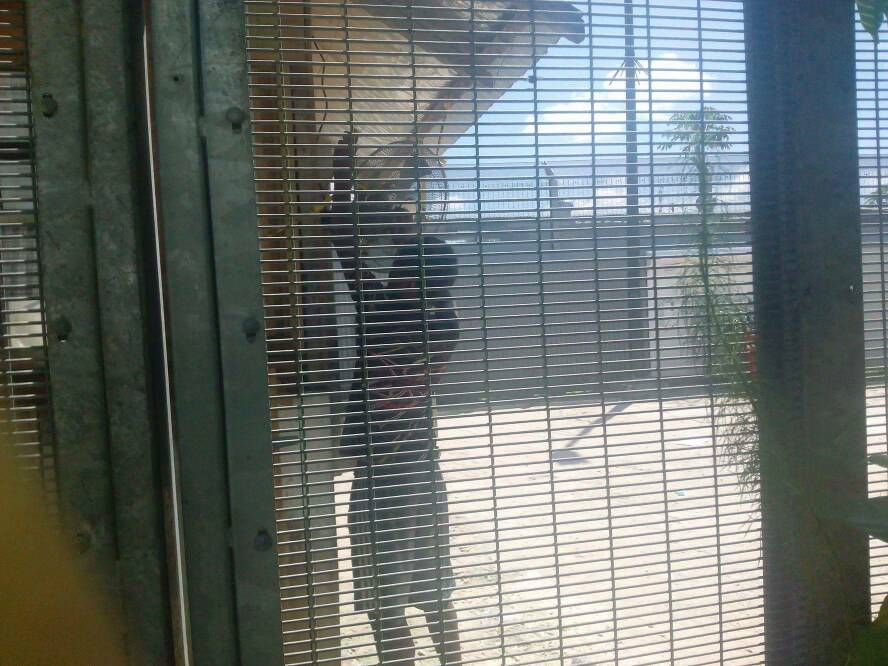 Overnight, detainees secured damaged perimeter fencing around the compound as they prepared to barricade themselves inside.

As they did, PNG immigration officials plastered notices up around the centre urging detainees to leave before utilities were cut off and the site was returned to PNG defence forces.

"Anyone choosing to remain here will be liable for removal from an active PNG military base." 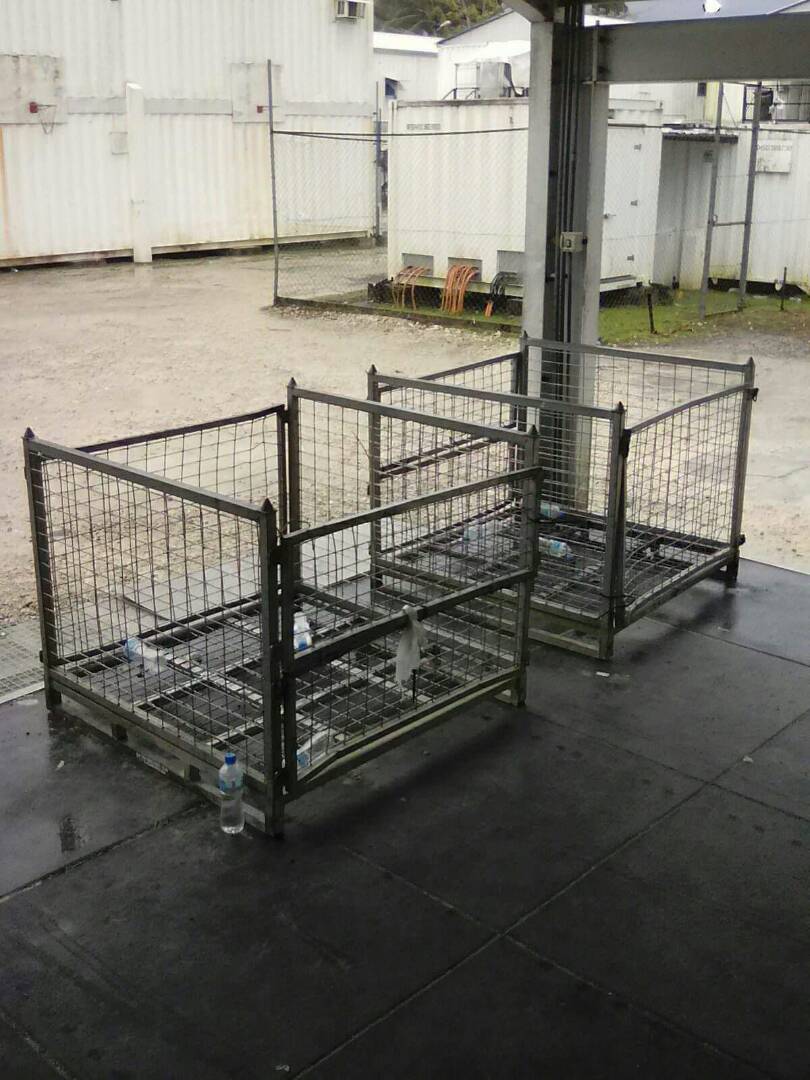 Mr Aziz said the group has been saving the small packages of food and water they received earlier in the week and have also been in touch with Amnesty International and the UNHCR.

The Sudanese refugee said PNG officials told the group they would be left to talk to Australian Navy and Defence personnel when they arrive.

"At least we can convince them that our problem is an Australian problem," Mr Aziz said.

"We have been bluffed and we have been forcibly brought to this island and we will not accept to move from one prison to another prison." 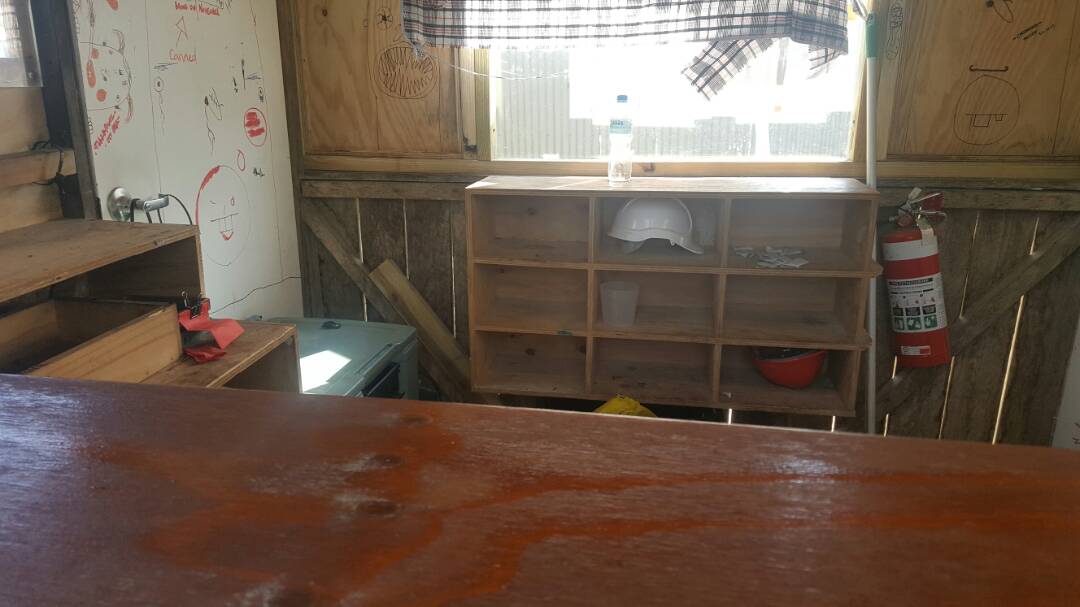 PNG's government on Monday warned Australia it will take no responsibility for "non-refugees" and people who refuse to settle in PNG, saying they are the obligation of the Australian government.

An Australian lawyer helping with the case, Greg Barns, says the application "seeks to ensure that those asylum seekers who remain on the island don't have those constitutional rights breached".

Extra PNG police have been deployed to the island after many locals threatened to use violence to stop the asylum seekers relocating.

Two-of-the-three centres earmarked for the detainees are still not fenced or guarded.

PNG is also demanding Australia clarify its plans for people found not to be refugees and refugees who are refusing to settle on Manus Island.

"Today the regional processing centre on Manus Island will be closed and the PNG government has made alternative accommodation arrangements," she told reporters in Perth.

"I understand the PNG government has made arrangements for all essential services to be available at the alternative accommodation - food, water, electricity and medical services.

But Labor's Immigration Minister Shayne Neumann says Peter Dutton has failed to answer questions about arrangements in PNG following the closure, which has fueled refugees' uncertainty about moving to new accommodation.

"The Turnbull Government has known about the closure of Manus Islanc RPC for more than six months but has been unclear and unwilling to explain how refugees will continue to have their basic human needs met – including access to security, health and welfare services," Mr Neumann said in a statement.

Six detainees have died on Manus Island - including one who was murdered - since the offshore detention centre was reopened in 2012.

World Vision chief advocate Tim Costello urged the federal government to evacuate detainees to Australia, a course of action it has steadfastly refused to pursue.

"We must not abandon those we have placed in this highly volatile and dangerous situation."

"While the October 31 deadline looms, refugees and asylum seekers on Manus Island have been getting stabbed, beaten, and robbed,” Ms Pearson said in a statement.

“The tragic irony is that moving these men from their squalid, guarded center and settling them elsewhere in PNG will actually put them at greater danger."

"I want to remind them we are humans just like them, we are not animals."