The ongoing conflict between the West and Islamic State was voted the top news story of 2015 in a poll by the Associated Press.

The far-flung attacks claimed by Islamic State militants and the intensifying global effort to crush them added up to a grim, gripping year-long saga that was voted the top news story of 2015, according to The Associated Press' annual poll of US editors and news directors.

The No.2 story was the US Supreme Court's ruling that led to legalisation of same-sex marriage in all 50 states. But several of the other stories among the Top 10 reflected the impact of the IS, while another group of major stories related to the series of mass shootings in the United States. A multinational coalition intensified ground and air attacks against Islamic State militants in Iraq and Syria, including expanded roles for Western European countries worried about IS-backed terrorism. For its part, IS sought to demonstrate an expansive reach by its operatives and supporters, claiming to have carried out or inspired the bombing of a Russian airliner, attacks in Beirut and Paris, and the deadly shooting in San Bernardino, California. Fifteen years after Vermont pioneered civil unions for same-sex couples, the Supreme Court issued a ruling in June enabling them to marry in all 50 states. Gay-rights activists heralded it as their movement's biggest breakthrough, but there were flashes of disapproval. A county clerk in Kentucky, Kim Davis, spent a few days in jail after refusing to issue marriage licenses to gay couples in her jurisdiction. The first attack came just a week into the new year. Two brothers who called themselves members of al-Qaeda barged into the offices of the satiric newspaper Charlie Hebdo, and later attacked a Jewish market, gunning down 17 people in all. November 13 brought a far deadlier onslaught: Eight IS militants killed 130 people in co-ordinated assaults around Paris. Targets included restaurants, bars and an indoor rock concert. Throughout the year, mass shootings brought grief to communities across the US and deepened frustration over the failure to curtail them. There were 14 victims in San Bernardino. Nine blacks were killed by a white gunman at a Charleston, South Carolina, church; a professor and eight students died at an Oregon community college. In Chattanooga, four Marines and a sailor were killed by a Kuwaiti-born engineer; three people, including a policeman, were shot dead at a Planned Parenthood clinic in Colorado. 5. Black deaths in encounters with police

In Baltimore, riots broke out after the death of Freddie Gray, a black man loaded into a van by police officers. In Chicago, Tulsa and North Charleston, South Carolina, fatal police shootings of black men prompted resignations and criminal charges. The incidents gave fuel to the Black Lives Matter campaign, and prompted investigations into policing practices. Fears about terrorism in the US surged after a married couple in California - described by investigators as radicalised Muslims - carried out the attack in San Bernardino that killed 14 people. The rampage inflamed an already intense debate over whether to accommodate refugees from Syria, and prompted Republican presidential front-runner Donald Trump to call for a ban on Muslims coming to the US. A large and varied field of Republicans launched bids for the presidency, with billionaire Donald Trump moving out to an early lead in the polls and remaining there despite a series of polarising statements. He helped attract record audiences for the GOP's televised debates. In the Democratic race, Bernie Sanders surprised many with a strong challenge of Hillary Clinton, but she remained the solid front-runner. Negotiators from nearly 200 countries reached a first-of-its kind agreement in Paris on curbing greenhouse gas emissions. Many questions remain over enforcement and implementation of the accord. But elated supporters hailed it as a critical step towards averting the grim scenario of unchecked global warming.

A Bible study session at the Emanuel African Methodist Episcopal Church in Charleston, South Carolina, suddenly turned into carnage when a white gunman opened fire, killing nine blacks, including the pastor. The alleged killer's affinity for the Confederate flag sparked debate over the role of Civil War symbols in today's South. In less than a month, the flag was removed from the South Carolina State House grounds. Fleeing war and hardship, more than one million migrants and refugees flooded into Europe during the year, overwhelming national border guards and reception facilities. Hundreds are believed to have drowned; 71 others were found dead in an abandoned truck in Austria. The 28-nation European Union struggled to come up with an effective, unified response. 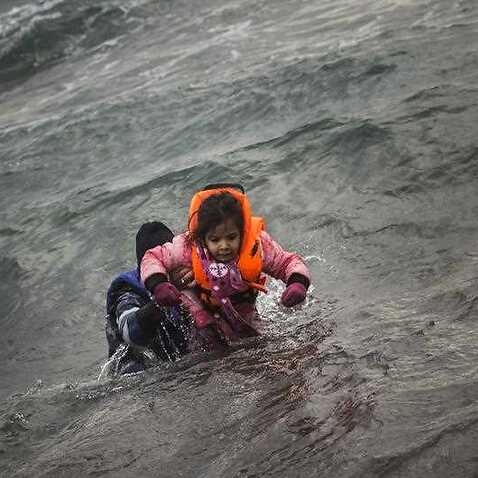 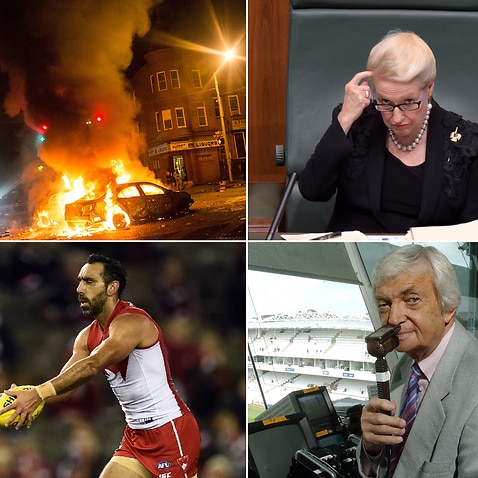 In pictures: the stories that defined 2015