The Muslim Council of Britain - an umbrella group that represents 500 organisations, mosques, schools and charities - has expressed its disgust with the terrorist attack in London on Saturday.

The Muslim Council of Britain has condemned the terror attack in London which killed seven people and wounded dozens, saying the militants respect neither life or faith.

Harun Khan, secretary general of the Muslim Council of Britain, said he was appalled and angered by the attacks at London Bridge and Borough Market, where extremists rammed a van into pedestrians and stabbed revellers in nearby bars.

“Muslims everywhere are outraged and disgusted at these cowards who once again have destroyed the lives of our fellow Britons,” Mr Khan said in a statement on Sunday.

“That this should happen in this month of Ramadan, when many Muslims were praying and fasting only goes to show that these people respect neither life nor faith.” 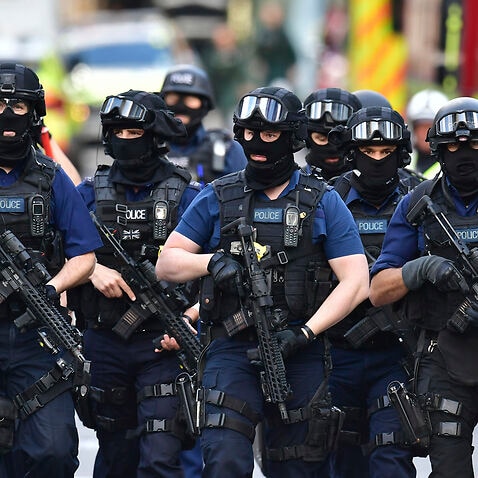 Three attackers drove a van at high speed into people on London Bridge on Saturday, then launched a frenzied knife attack on people nearby, before being shot dead by police.

At least 48 people were injured and three Australians were caught up in the mayhem, which was the third attack by extremists in Britain in less than three months.

In an interview with BBC Newshour on Sunday, Mr Khan said he had no problem with the attackers being called “scum”, saying Islamic State ideology was evil and deviant.

"That this should happen in the month of Ramadan show that these people respect neither life nor faith." Via @MuslimCouncil leader @harakha pic.twitter.com/65LSD7vIWh