A Texas Republican state senator introduced legislation on Thursday to limit public restroom access for transgender people, despite warnings from a business group that the measure would hurt the Texas economy because it was discriminatory.

The "Texas Privacy Act" has been marked as a top legislative priority for Lieutenant Governor Dan Patrick, a Republican and conservative Christian who guides the legislative agenda in the Republican-controlled state Senate. He said the measure protected the privacy and safety of Texans.

"It is the right thing to do," Patrick told a news conference along with its sponsor, Lois Kolkhorst.

The event was punctuated by the howls of protesters nearby in the Capitol building chanting: "Shame, shame, shame."

Similar bills have been filed for several other state legislatures this year that socially conservative backers say offer common-sense protections against sexual predators. How marriages of convenience are being embraced by China's LGBT community

Critics say the laws are designed to infringe on the civil rights of lesbian, gay, bisexual and transgender people.

A major industry group, the Texas Association of Business, said a study it helped conduct showed such legislation in Texas could result in economic losses ranging from $964 million to $8.5 billion for the state.

A law enacted by North Carolina in March 2016 to restrict bathroom access for transgender people - the first such state measure - prompted a federal civil rights lawsuit and has been blamed for hundreds of millions of dollars in economic losses and the relocation of major sporting events from the state.

Kolkhorst said the Texas bill would prohibit any local government from adopting an ordinance that prevents a business from making its own policy on access to places such as bathrooms and locker rooms. 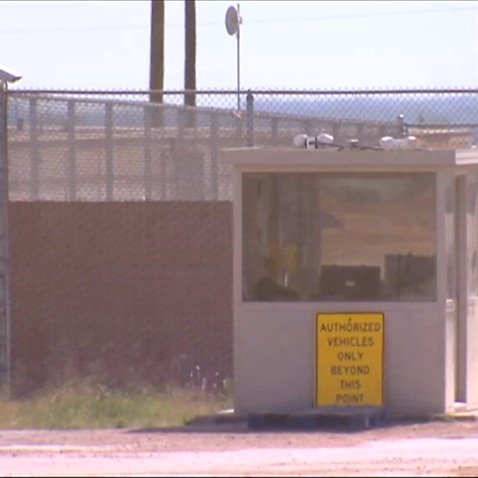 The largest US detention centre houses thousands in rural Texas Texas halts execution of 'murderer' who killed no one

Local governments are also forbidden from considering those policies when awarding a contract, she said.

At the end of last year, four states had legislation limiting transgender bathroom rights that were set to be on the agenda when lawmakers convened in 2017.

Similar legislation was filed this week in Virginia and Kentucky.