Palmyra - one of the Middle East's greatest archaeological sites and a UNESCO world heritage site - has been recaptured by IS, just months after the Syrian Government reclaimed the historic city.

The liberation of Palmyra in central Syria in March not only excited political figures desperate to defeat IS, but also the United Nations and antiquities experts hopeful the historic town can be rebuilt.

Some of the world's most precious artefacts and monuments from antiquity were destroyed in what's considered the cradle of civilization, when Islamic State militants seized control of Palmyra last May.

But the reprieve did not last long, with IS retaking the historic city on Sunday, December 11 after the Syrian army withdrew. 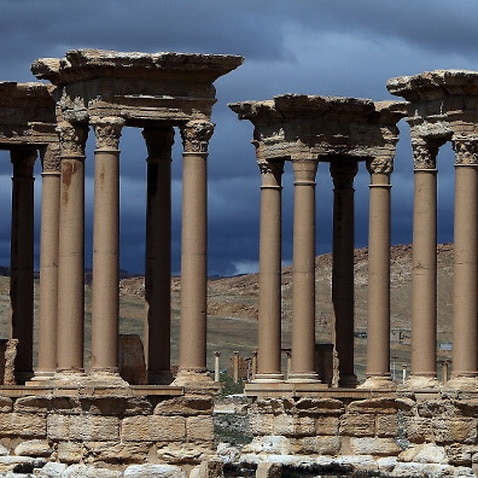 The jihadists made a lightning-fast advance across the city after overrunning a northern neighbourhood and capturing the famed citadel to Palmyra's west.

The IS-linked Amaq news agency also reported that IS regained "full control" of the city on Sunday after taking the citadel, which overlooks Palmyra from a strategic hilltop.

It seized oil and gas fields before making a major push into the desert city on Saturday, sparking new worries for Palmyra's remaining ancient treasures.

But a fierce Russian bombing campaign killed scores of IS fighters and forced others to withdraw at dawn on Sunday.

It remains unclear how many IS fighters remain in Palmyra and who has control of the city.

The jihadists taunted the world by carrying out and filming mass killings in Palmyra’s ancient Roman theatre, including the beheading of the city’s 82-year-old former antiquities chief Khaled al-Asaad, which took place in the main square of the modern town.

“They killed him because he would not betray his deep commitment to Palmyra,” UNESCO director-general Irina Bokova told reporters in August.

Two of the city’s classical temples, more than a dozen tower tombs, and the Arch of Triumph – the crown jewel of Palmyra – were also destroyed.

Drone vision captured after IS were forced out of the city, revealed the ancient ruins fared better than initially believed.

"We were expecting the worst. But the landscape, in general, is in good shape," said Syria’s head of antiquities, Mamoun Abdulkarim.

"We could have completely lost Palmyra. The joy I feel is indescribable."

However, the damage is nonetheless extensive.

The loss of Palmyra was an enormous one to the Syrian government, not only because of the cultural significance of the ruins on its outskirts. It also sits on the main route between IS's stronghold in the country's northeast and the capital, Damascus. 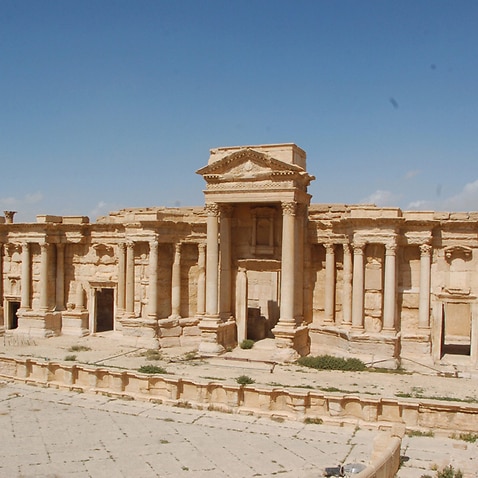 Russia, Syria drive IS from Palmyra

Known as the ‘Bride of the Desert’, Palmyra was home to around 100,000 people, surrounded by a gas field and included Syria's infamous Tadmor prison, a military airport and a weapons depot.

Tadmor prison has since been destroyed, blown up by IS within a month of their reign of terror in the city.

Palmyra is home to a UNESCO World Heritage site and settlement in the lands around it goes back to the Neolithic period.

The city is mentioned in the Hebrew Bible and was eventually incorporated into the Roman Empire, before passing to almost all empires to have operated in the region over some 2,000 years.

Ancient Palmyrene art, monuments, temples, cemeteries and statues are among Syria's - and the world's - most treasured artefacts.

Mr Abdulkarim said an assessment team is ascertaining the extent of the damage, and hopes to completely restore Palmyra within the next five years. 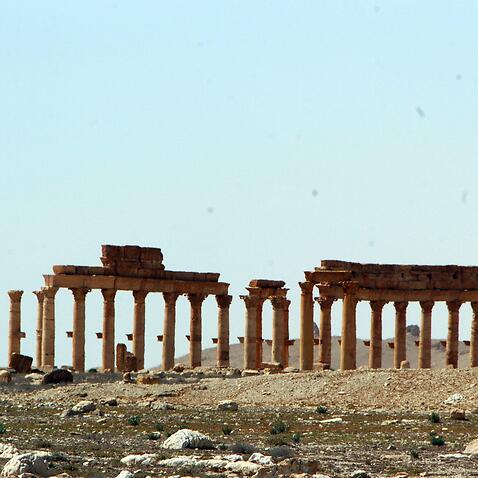 “UNESCO will send a mission when the security conditions allow this. We welcome every expert party which loves Palmyra and wishes to contribute with us in rebuilding the city,” he said.

“We have huge capabilities and expertise in the General Directorate of Antiquities and Museums. We've already executed tens of restoration works in Palmyra. We have the experience to accomplish this."

The ruins at Palmyra had already been placed on the UNESCO World Heritage "in danger" list in 2013.

Dr Steven Bourke, an archaeology researcher at the University of Sydney who's led multiple ongoing excavations at historic sites in the Middle East, said the risk to what is one of the ancient world's most culturally significant sites cannot be understated. 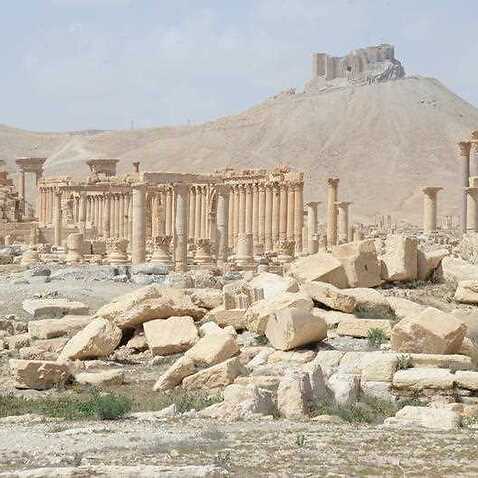 "The antiquities of the past are important, but so are the people living there today and our major concern should be for the living," Dr Bourke explained.

"Though the living are the ones who are going to need evidence of the past when they start rebuilding their country."

Dr Bourke said archaeologists both within Syria and internationally had been risking their lives to protect Syrian antiquities by keeping an eye on international markets for any stolen items.

"Artefacts are being sold back into the communities to buy guns. We've always known this, but it's particularly a problem at the moment," he said.

It's not the first time IS had seized ancient sites. A video showing the destruction of artefacts in the ancient Assyrian city of Nimrud, in northern Iraq, was released in April 2015. The video also showed IS blowing up the site.

The ruins in Nimrud were founded in the 13th century BC were one of the most famous archaeological sites in a country often described as the cradle of civilisation.

While Palmyra has ultimately suffered a somewhat similar fate, the ancient city can and will likely be brought back to life.