The divided states of America: Can the US heal the scars left by a chaotic presidential election?

While the winner of the US presidential election has yet to be called, there are more than 67 million reasons why Mr Trump is not a loser. 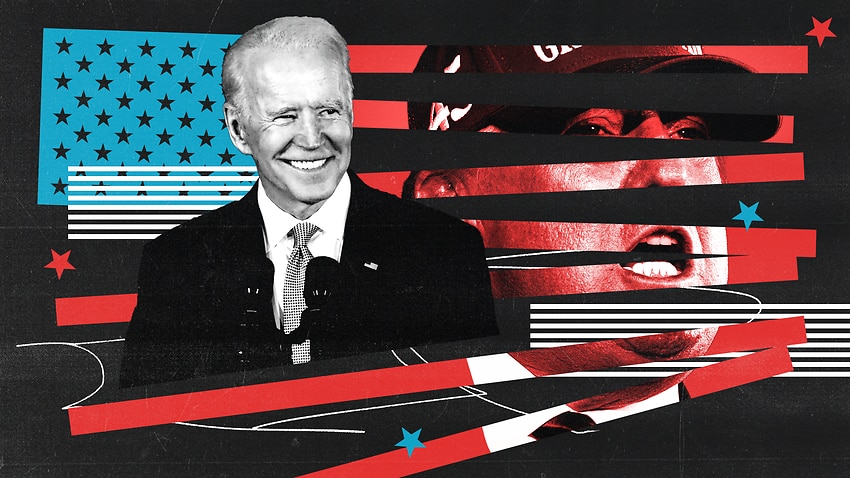 The US is divided like never before, experts say Source: SBS News

If there’s one thing the US election results so far have shown, it’s that the country remains a conflicted and deeply-divided nation.

“There are entire cities where the vote is split by 8,000 - it only required 4,000 people to go one way or another, and it would have turned entirely,” says Deakin University senior research fellow Josh Roose.

“That's a serious problem, it shows how deeply divided the United States is."

David Smith, a senior lecturer in American politics at the University of Sydney, says the strong turnout from both Republicans and Democrats was driven by their attitudes towards the president.

Read More
From the dead man to the QAnon fans: The winners you didn't see coming in the US election

The blue wave that never came

Significantly, polls leading up to election day had predicted a “blue wave” - a decisive and overwhelming victory for the Democrats. But it never arrived.

The death of 220,000 Americans to COVID-19, the damaging rhetoric around race and the emboldening of white supremacists were just some of the policy failures they were clinging to as proof.

To their shock, critics of Mr Trump - hoping for a clear repudiation of Trumpism and the last four years - got something else. They saw, instead, an endorsement.

At just over 67 million and counting, Mr Trump gained four million more voters than he did in 2016. Exit polls also showed he also gained a significant portion of non-white voters.

Eddie Glaude, a professor at Princeton University, described the lack of repudiation in a series of tweets.

“The so-called moral outrage around Trump’s presidency did not produce any substantive shift in his Republican support,” he wrote.

“In fact, he expanded his base among white voters. Trump continues to flourish in the intersection of greed, selfishness and racism.”

'They love Trump because no-one loves them'

Two days ago, Fox News host Tucker Carlson made an observation that is now being seized on by those soul-searching for an explanation behind Mr Trump's enduring popularity.

Carlson spoke about support for the US president in the former industrial town of Butler, Pennsylvania. He said a vote for Mr Trump was a vote against America's professional class, which many Americans felt abandoned by.

"They love Donald Trump because no one else loves them. The country they built, the country their ancestors fought for over hundreds of years, has left them to die in unfashionable little towns, mocked and despised by the sneering halfwits with finance degrees - but no actual skills - who seem to run everything all of a sudden."

It appeared the same voters who despised Hillary Clinton for calling them "deplorables" in 2016, continue to cling to Mr Trump.

Tom Buchanan, an American academic in Adelaide, said the numbers so far from the rural areas and smaller cities were “astonishing”.

“I mean, just massive margins. And it didn’t used to be that way. Now, it's become almost disreputable to be if you're a Democrat, and you're, you know, running in a rural area. Gosh, everyone's going to make fun of you,” he said.

Dr Roose said Mr Trump has managed to mobilise significantly more of his base than most pundits gave him credit for.

He says that’s because Mr Trump has given the religious right what they wanted - going hard on freedom of religion, attacking LGBTQI+ rights and securing conservatives on the Supreme Court.

Mr Smith believes Mr Trump managed to secure his base not because of anything he’s said or done, but what they think he stands for.

“So, it's not particularly about policy. It's not about results. It's not even about what is happening to the country. It is about this division between Trump and anti-Trump.”

Mr Buchanan says while the political divisions go back to the civil rights era, it’s taken a heightened sense under Mr Trump.

“There's going to be continued problems and, you know, violence in America, political violence, which is something that … ten years ago wouldn't seem possible.”