The Electoral College will soon cast its vote for the next US president. Here's what to expect

Ordinarily, the process is little more than a formal duty to rubber-stamp the results of the November election. Not this year. 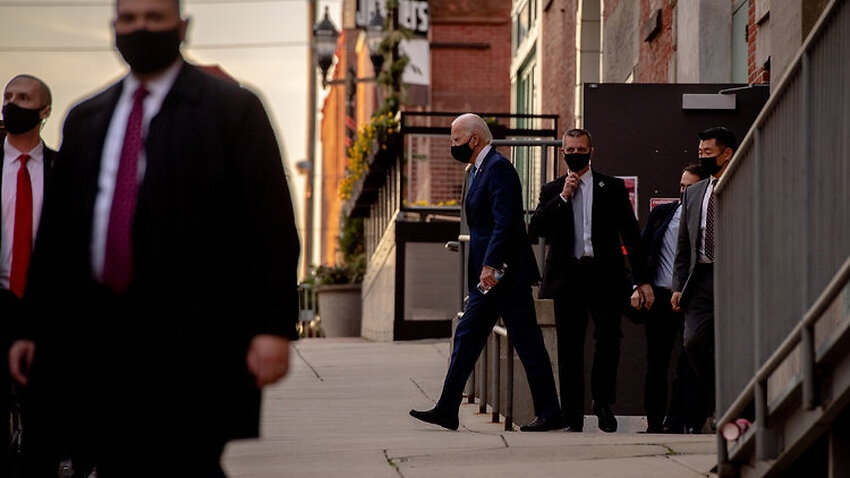 Electors representing each US state will formally submit their vote to nominate either Joe Biden or Donald Trump to become president. Source: The New York Times

The members of the Electoral College will gather in their respective states Monday (local time) to cast their official ballots for president.

Ordinarily, the process is little more than a formal duty to rubber-stamp the results of the November election.

For weeks, President Donald Trump and his allies have pressured Republican officials to ignore the popular vote in close-fought states won by President-elect Joe Biden and appoint their own electors who would favour Mr Trump. They have also asked courts to hand victory to the president in states he lost.

But judges and Republican state lawmakers have shown little appetite for subverting the democratic process, and the electors have remained. As they vote on Monday, Mr Trump is essentially guaranteed to end the day as he began it: a one-term president.

Here is more on how the voting will work, and on the next steps in the process:

How does the Electoral College voting work?

The electors cast their ballots for president and vice president via paper ballot. Thirty-three states and DC legally require their electors to choose whoever won the state’s popular vote, so there should be no surprises there. The other 17 states don’t “bind” their electors, meaning they can vote for whomever they choose.

The electors were chosen by state parties (if Mr Biden won a state, for example, the Democrats’ slate of electors casts the votes). Typically, electors are political activists, officials, donors and people with close relationships to the candidates - meaning they are very likely to vote for the candidate they pledged to support.

In 2016, seven electors lodged protest votes for someone other than their party’s candidate. But the likelihood of “faithless electors” switching sides and handing the election to Mr Trump is essentially zero.

After the electors cast their ballots, the votes are counted and the electors sign certificates showing the results.

These are paired with certificates from the governor’s office showing the state’s vote totals. The certificates are sent to Vice President Mike Pence, in his capacity as president of the Senate; the Office of the Federal Register; the secretary of state of the respective state; and the chief judge of the US District Court where the electors meet.

Congress officially counts the votes in a joint session held in the House chamber 6 January, with Mr Pence presiding.

Mr Pence opens the certificates - in alphabetical order by state - and presents them to four “tellers,” two from the House and two from the Senate, who count the votes. When Mr Biden reaches a majority with 270 votes, Mr Pence announces the result.

Read More
Four weeks on, the US election is still yet to be formally called. Here's why it's taking so long

The proceeding is strictly prescribed by federal law, down to where various politicians sit in the chamber. (Mr Pence gets the speaker’s chair, Speaker Nancy Pelosi sits to his left, and the “tellers” sit at the clerks’ desks.)

The session cannot be ended until the count is complete and the result publicly declared. At this point, the election is officially decided. The only remaining task is the inauguration 20 January next year.

Which Congress runs the process?

Since the new members will be sworn in 3 January, the next Congress will conduct this joint session.

Democrats will hold control of the House and Republicans will control the Senate, regardless of the results of the Georgia runoff elections on 5 January, because Mr Pence will still be in office to act as the tiebreaking vote if the chamber is split 50-50.

Can members of Congress block the results?

There is no debate permitted during the counting of the electoral votes. But after the result is read, members of Congress get one opportunity to lodge their concerns.

Any objection to a state’s results must be made in writing and be signed by at least one senator and one member of the House.

The two chambers would then separate to debate the objection. Each member of Congress can speak only once - for five minutes - and after two hours the debate is cut off. Each body then votes on whether to reject the state’s results.

Read More
Meet the US Electoral College’s biggest haters: some of the electors themselves

Since the Electoral Count Act was passed in 1887, there have been just two instances of congressional objections, in 1969 and 2005. Neither passed either the House or the Senate.

What’s the likelihood of Congress changing the outcome?

For an objection to stand, it must pass both houses of Congress by a simple majority. If the vote followed party lines, Republicans could not block Mr Biden’s victory.

Democrats control the House, so an objection would already be doomed there. In the Senate, Democrats would need to pick off only a couple of Republicans to side with them to vote down the objection. A number of Republican senators have declared Mr Biden the President-elect.

With some Trump allies already planning objections, the congressional session is likely to make for good political theatre. But the process has little chance of changing the outcome of the election.