Growing fears of a recession in the United States have prompted concerns at home, but Australian leaders say the economy is sound. 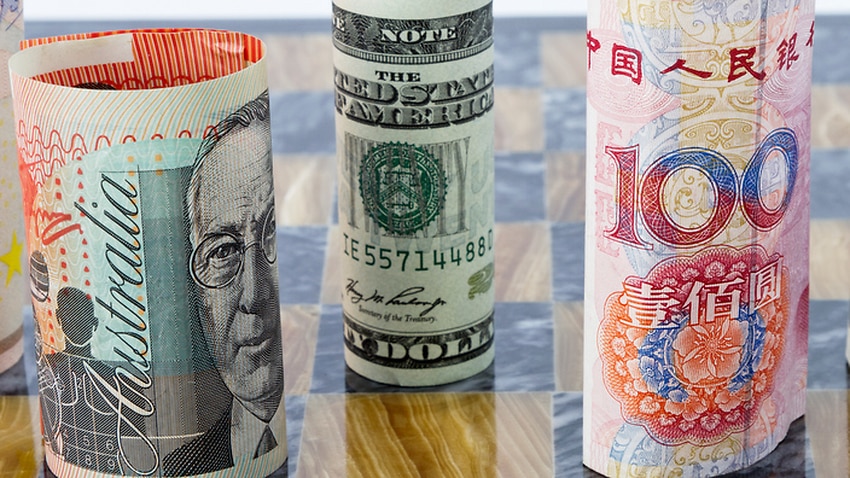 There are global concerns sparked by a US-China trade war. Source: Getty Images

Treasurer Josh Frydenberg said the Coalition will take necessary steps to keep Australia's economy on track - amid fears of a recession in the US - but he said it's not immune to trade tension.

His comments come after the stock market plummeted earlier this week, affected by global concerns sparked by a US-China trade war.

This week, the US bond yield curve inverted for the first time since 2007.

This occurs when long-term bonds start earning less interest than short-term ones and has preceded every American recession in the past 50 years.

The US-China trade war is weakening businesses in both countries, with Germany's economy also shrinking in the second quarter, and Britain heading for a potentially disruptive exit from the European Union.

Responding to questions from reporters, US President Donald Trump said China-US tensions will not lead to a recession in the US.

Will Australia cope with a global recession?

The events earlier this week prompted big stock market losses across the world including Australia, where the market shed more than $63 billion on Thursday, marking its worst day in 18 months.

The Morrison government believes its latest tax cuts and $100 billion worth of infrastructure funding over the coming decade will help keep the economy moving.

Bill Mitchell, a Professor of Economics at the University of Newcastle, said policy-makers around the world are not doing enough to protect their countries from a recession.

Professor Mitchell said Australian households have record levels of debt, resulting in a downturn in consumer spending and GDP growth.

President Donald Trump shakes hands with Chinese President Xi Jinping during a meeting on the sidelines of the G20 Source: AP

He said he believes Australia needs to move away from its current focus on surplus if it wants to avoid being dragged into a recession.

"Our exports are still holding up because of terms of trade which are relatively strong in many commodities but the problem is China is now starting to slow," he said.

“I am hoping the government stops talking big about surpluses and basically becomes much more pragmatic and realises that it has the fiscal capacity and spending capacity to once again save the economy from a global downturn."

Global factors in a possible recession

Murdoch University politics and international-studies professor Kanishka Jayasuriya said trade tensions between the US and China were just one factor behind global recession fears.

"The problem with the trade tensions is that they are important in themselves, but they come on top of persistent problems, especially problems in terms of low interest rates, weak demand, low growth and inflation.”

Professor Jayasuriya said the world was in an age of deflation affected by political factors.

“The trade tensions really exacerbate these pressures and I think that's what's really worrying about the current trend," he said.

Mr Jayasuriya said the world's economy has not really dealt with some of the structural weaknesses from the last global financial crisis.

He said beyond trade tensions, global wage stagnation in advanced industrial economies including Australia continues to be a problem and a downturn in China's economy is having a knock-on effect and monetary policies that may have worked during the GFC in Australia and internationally, may not work this time.

"Monetary stimulus that was used both in the US and in Europe through the European Central Bank, I think what has happened is that kind of run out of steam. The question is what do we have in terms of policy tools that we can use to navigate a potential recession in the future?"

Australia escaped a recession amid the Asian financial crisis between 1997 and 1999.

The nation also avoided copying the United States' recession driven by the dot.com bubble burst in 2001.

Australia was also relatively unscathed by the Global Finance Crisis that ran between mid-2007 and early 2009.

But Professor Mitchell said its impact likely lingers in any future recession.