Most women and AFAB (assigned female at birth) individuals have had their pain or mental health concerns misdiagnosed, under-diagnosed or dismissed entirely by a medical professional. But for those suffering from “invisible disorders” like PMDD, the silence in Australia is deafening; potentially life-threatening.

It began with bickering. Then, the panic attacks started.

Lynda was happily married, had just completed a Masters in Education and was looking forward to the birth of her first child. But it was when she stopped breastfeeding, she says, that she realised something was 'very wrong'.

"It was happening every month before the period - just building and building until that panic attack." 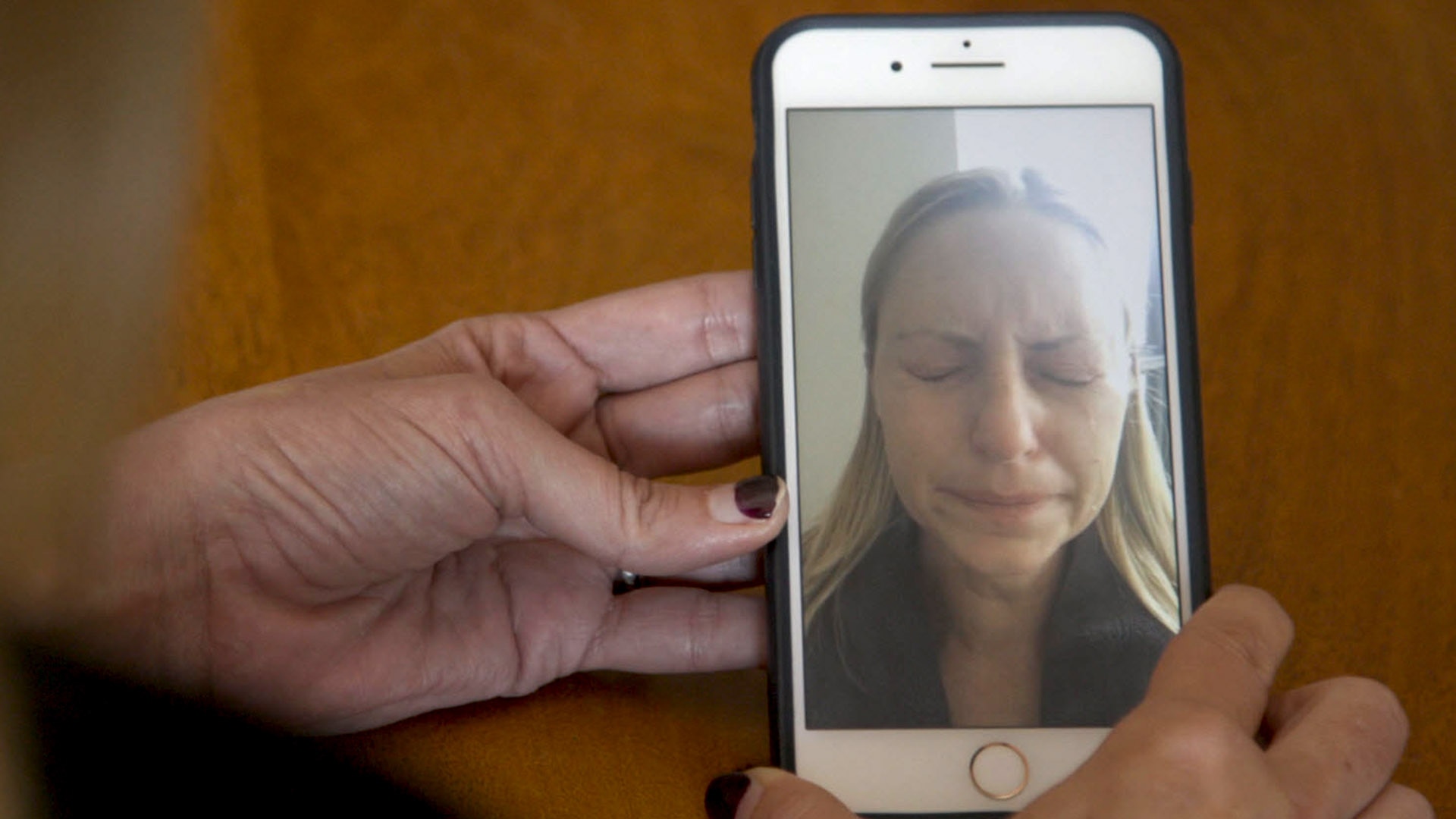 Lynda experienced severe panic attacks ahead of her period each month.
The Feed

It took meetings with several different GPs before she finally reached a diagnosis: PMDD.

PMDD, or Premenstrual Dysphoric Disorder, is a condition that causes severe distress and impairment - yet most of us have never heard of it.

Put simply, it is caused by hormone fluctuations that react negatively with the brain of 1 in 8 people of reproductive age.

Like PMS, it is cyclical, but unlike its less destructive sister, The Global Survey of PMDs 2018 showed that 30 per cent of those experiencing the condition have made a suicide attempt during a PMDD episode. Shockingly, patients also "waited an average of 12 years for an accurate diagnosis".

Horror, anxiety, depression, adrenaline: for Lynda, PMDD is a 'rollercoaster'. Lynda says she suffered severe panic attacks as a part of her PMDD.
The Feed

The disorder has cognitive and physical symptoms ranging from feeling hopeless to the point of suicidal ideation or self-harm to insomnia, paranoia, sore breasts, swollen joints, feeling out of control and more.

Despite how alarming these symptoms are, there is currently no funding for research or support for those suffering with the condition in Australia.

The number of specialists, psychiatrists and medical associations refusing to take this disorder seriously has prompted some people to dub it 'medical gas lighting'. 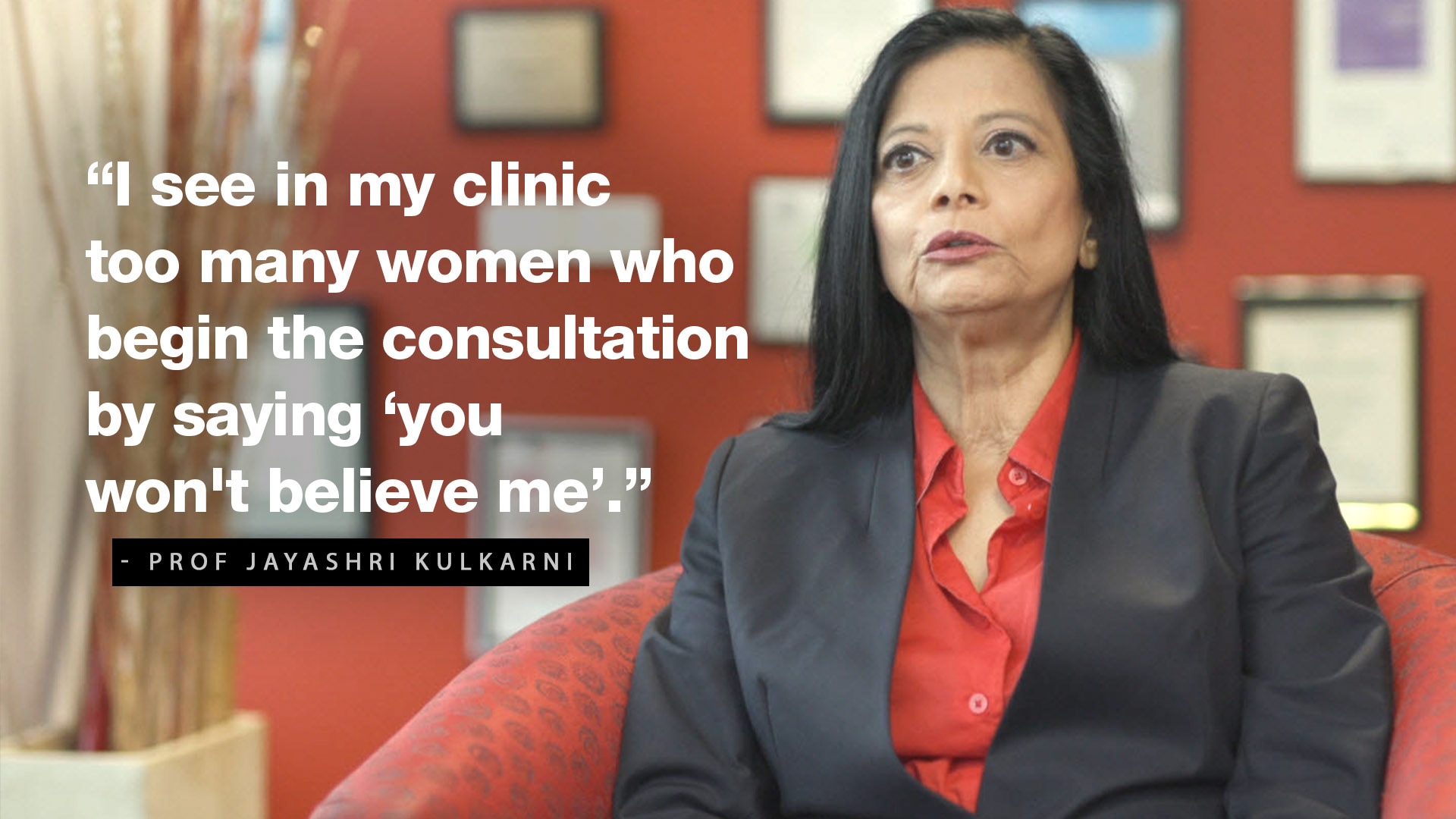 This need for understanding is what Professor Jayashri Kulkarni, psychiatrist and expert in women's mental health, believes needs to change.

"Now she's dealing with being invalidated and not believed and the frustration of that is extraordinary on top of everything else,'' Kulkarni told The Feed.

Sufferers like Lynda face a difficult hurdle: in traditional medical terms, the symptoms of PMDD can’t be measured.

Blood, thyroid and hormone results more often than not come back normal. That generally ends the physical medical investigation; a patient is then referred to a psychiatrist. Often, symptoms are misdiagnosed as cases of severe depression or anxiety.

Kim has lived with PMDD for more than two decades. She was told she had depression and repressed grief. I'm telling you what's wrong with me, what I'm asking for is a fix.

Experts say it's the particular 'schedule' or timing of PMDD that paints a more detailed picture of what's really going on .

Kulkarni explains that the symptoms of PMDD start 7-10 days before a period and suddenly stop shortly after a period begins - indicating that the condition is specifically hormone related.

"When you get that kind of sudden story it's really telling us that something biological, something hormone influencing, is happening in this particular person's brain because that's not how depression occurs," Kulkarni says.

Lynda believes the fall out from PMDD is far too distressing to ignore any longer.

It's somehow falling through the cracks between gynaecological issues and mental health.

Treatment for PMDD is afflicted by the same confusion and ignorance that can feature in diagnosis. 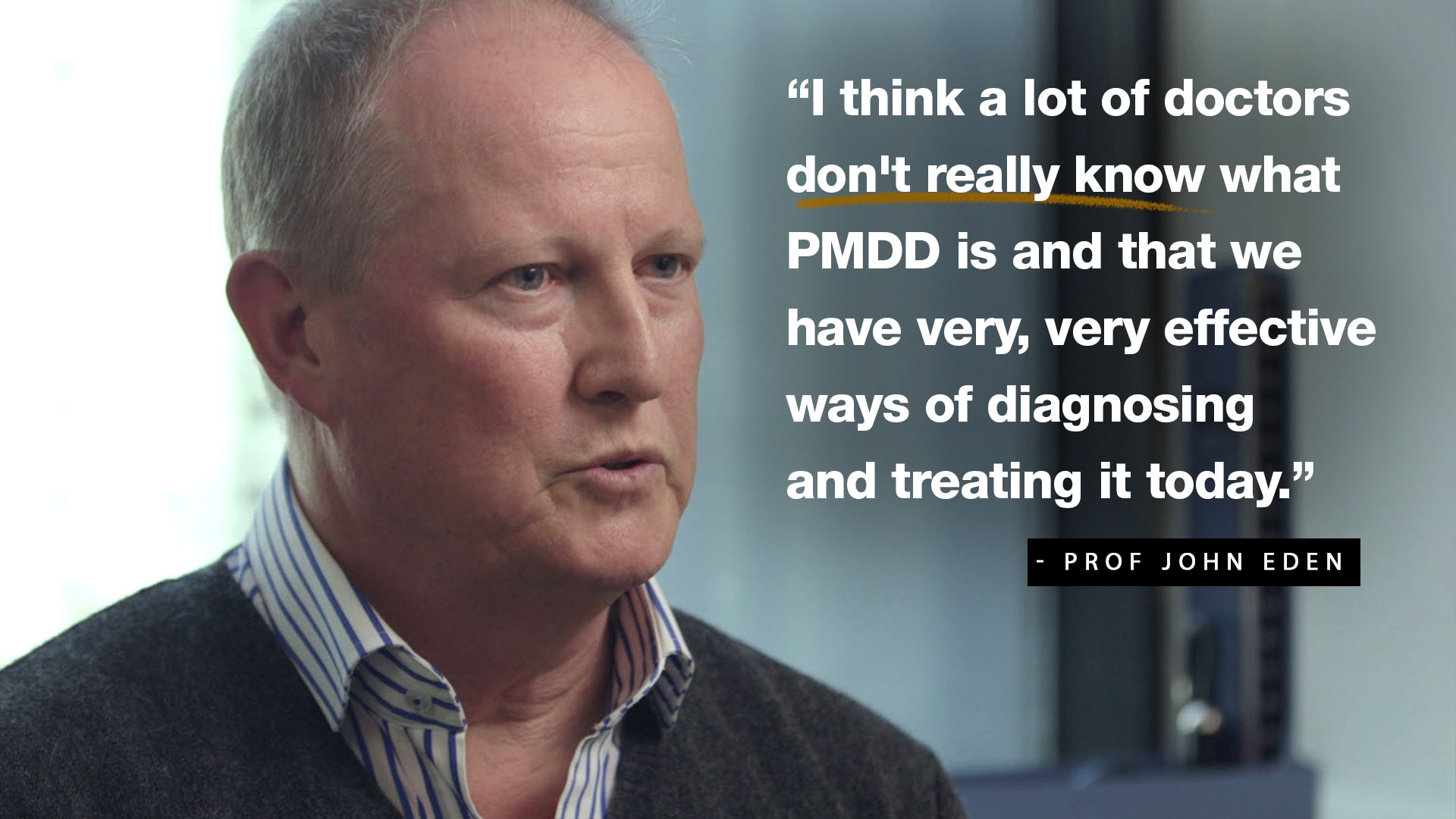 Kim had been taking anti-depressants up until four years ago. She was eventually put on Zolodex - a drug often prescribed to cancer patients, to bring on a 'chemical menopause'.

However, Zolodex treatment is only approved for six months. That's prompted Kim to find a long-term solution for treatment: an oophorectomy and hysterectomy, which she'll undergo later this year.

"No one wants to have surgery especially when you've got children, cause there's a risk with any surgery," she explains.

For Lynda, who has already had the procedure, it was a more difficult decision.

I think that in time we'll look back on how we just whip our organs to treat PMDD and we'll think it's barbaric. 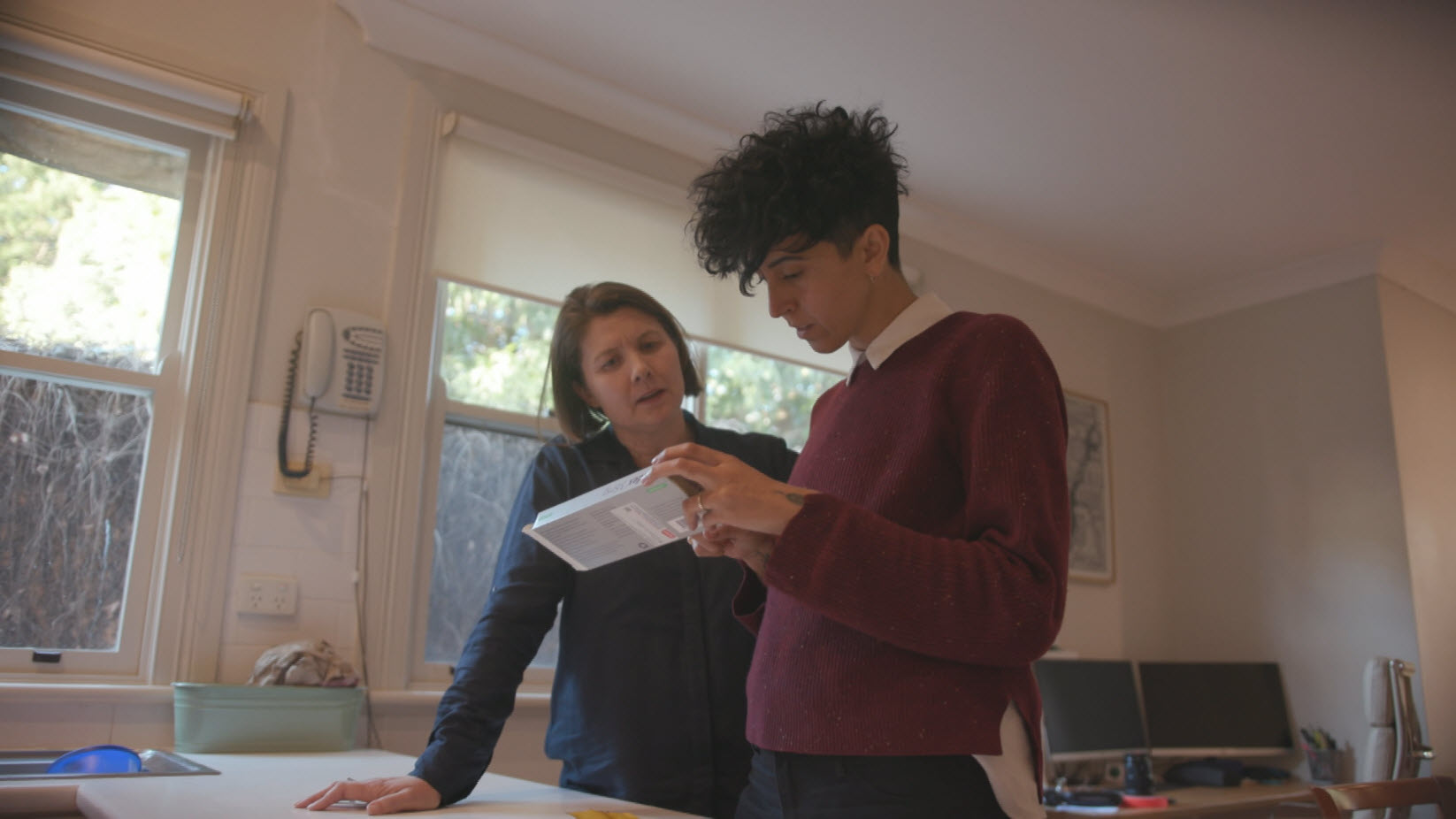 Kim has been using Zolodex, a drug designed to bring on a 'chemical menopause'.
The Feed

The next steps, Kulkarni and Eden say, are simple: believe women more.

"Pain is pain and it is real and it is the health care professionals job to alleviate pain," Kulkarni says.

She encourages people who have PMDD to speak openly about it, and for clinicians like herself to be more proactive in developing hormone treatments.

Lynda is now using her own experiences to help other PMDD sufferers.

But for now, the fight is still ongoing.

If you think you or someone you love might have PMDD , you can find more information here, and here.