Pauline Hanson gets plenty of attention, but people who do the difficult, tiring work of building something up are often ignored, writes Alex McKinnon.

Pauline Hanson gave her first speech in the Senate yesterday, and unsurprisingly the bile she came up with has dominated headlines and social media ever since. Her famous line from 1996, on Australia’s danger of being “swamped by Asians”, got a 21st century update; now it’s “swamped by Muslims”. The hideous emptiness of her worldview aside, it doesn’t say much for Hanson’s originality that the biggest idea she had in 20 years was dusting off her old speech from 1996 and making a few edits in red pen.

Sadly, we can expect wall-to-wall coverage of every verbal cold sore Hanson dreams up for at least the next few years, because large parts of the Australian media are addicted to her. Even when she wasn’t a Senator, Hanson had easy access to large platforms courtesy of all the TV shows that clamoured to give her one. Channel 7’s Sunrise regularly wheeled her out as a talking head to spray uninformed nonsense about whatever issue morning television was fixated on that week, and reality shows like Dancing With The Stars and Celebrity Apprentice gifted her multiple golden opportunities to rehabilitate her rancid public image.

It’s a perverse dynamic; people who tear down and divide get rewarded with airtime and column inches, while people who do the difficult, tiring work of building something up get ignored. But while major news outlets publish and broadcast Hanson’s speech, some very different speeches from newly-elected pollies have flown relatively under the radar. It’s worth taking the time to watch and listen to the words of these new politicians who in their humility, bravery, and willingness to be vulnerable, reveal a dignity and cause for hope that people like Hanson do their best to extinguish.

Immediately after Hanson’s hateful screed was done, new Labor Senator for the Northern Territory Malarndirri McCarthy, a Yanyuwa-Garawa woman from the small NT town of Borroloola, gave her first speech to Parliament as well. McCarthy’s speech was an inspiring, heartfelt and important meditation on Aboriginality, identity, and the need to help the vulnerable, culminating in an emotional tribute to the memory of a young LGBTI relative who she lost to suicide.

“There is my young cousin-sister, who struggled with her identity as a lesbian in a strong traditional Aboriginal culture,” McCarthy said. “Her outward spirit was full of fun and laughter, but inside she was suffocating from the inability to find balance in her cultural worldview and that of the expectations of the broader Australian society around her. So one night she left this world. Just gave up, at the age of 23. To the sistergirls and brotherboys who struggle with their sexual identity, I say to you: say strong. I stand here with you.”

Also speaking in Parliament for the first time last night, new Liberal MP for Berowra Julian Leeser. He devoted his first speech to the memory of his father, who ended his life at the age of 55, and spoke of the urgent need for Australia to recognise and confront its suicide epidemic.

“Seared on my mind from that night was the speed of [my mother’s] approach and her scream as she flung open the door of my bedroom, sobbing, ‘Dad’s gone, Dad’s gone’,” Leeser said.

“Suicide, they used to say, is a victimless crime, but they never count the loved ones left behind … As a member of this House I want to do what I can to help pierce the loneliness, the desperation and the blackness that people who suffer depression feel.”

Three days ago, new Labor Member for Cowan Anne Aly — the first female Muslim MP elected to the House of Representatives — began her first speech by invoking the Islamic festival Eid al-Fitr and speaking of Egypt, the country where she was born.

“I was born in a part of the world where the passing of time is marked by war. Where the birth of a girl child is greeted not with ululations or congratulations, but by the clicking of tongues,” Aly said. She went on to speak movingly of her parent’s migration to Australia, her struggles as a single mum, and her work with vulnerable young men and the victims of terrorism as an anti-radicalisation expert.

“I have seen the worst of humanity, and I’ve often despaired. Often despaired,” Aly said. “I was most moved by the words of one young man who, in a quiet moment of contemplation, whispered to me: ‘If it weren’t for you, I’d be dead or in jail’.”

Aly, Leeser, McCarthy and many others will go through their careers unlikely to make headlines the way Hanson can so easily. But the value of the work they do — the tangible, vital impact they have on the lives and prospects of truly vulnerable — will endure long after Hanson and her bloviating are forgotten. It’s frustrating when attention goes to the havoc-wreakers rather than the quiet achievers. But there’s comfort in the fact that they will leave all of Hanson’s paltry accomplishments in the dust.

Readers seeking support and information about suicide prevention can contact Lifeline on 13 11 14 or Suicide Call Back Service 1300 659 467.

Alex McKinnon is a journalist based in Sydney. Most recently he served as political and opinion editor of pop-culture website Junkee and editor of the Star Observer, Australia's longest-running LGBTI newspaper. 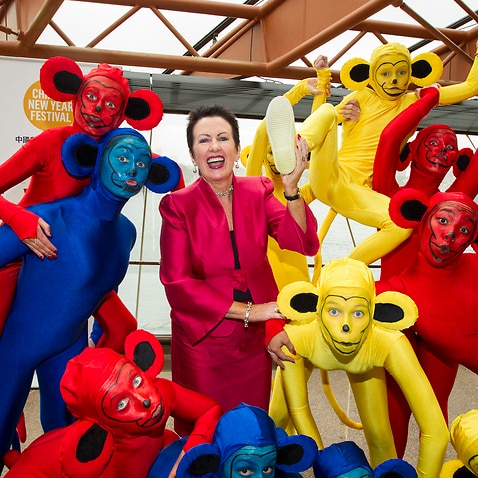 Comment: Why Clover Moore is better at politics than everyone else 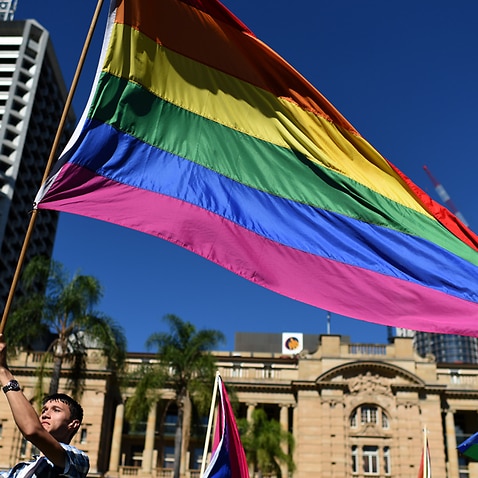 Comment: Is the plebiscite on marriage equality about to join the bin of forgotten political ideas? OPINION: Is it time to recognise the Northern Territory as a failed state?