Darebin Council candidate Sofia Kotanidis, whose campaign material bears Labor's logo, shared dozens of posts calling to ban the burqa, “ban Islamists” and “shut Islamic schools” on Facebook. She exclusively told The Feed she “regrets” her actions and has now deleted the posts.

Sofia Kotanidis is one of a group of candidates who was featured on the Labor Members for Darebin Facebook page, standing for council election later this month.

Labor has distanced itself from the candidate -- who it says it never endorsed -- after it emerged that she has a controversial history on social media. An article labelled “Piss off: Watch Danish immigration minister run over a Muslim refugee blocking car,” was also shared by Ms Kotanidis in 2018.

As was a link titled “It’s child abuse: Activist calls for Sydney’s Islamic Schools to be shut down”, shared during the same year.

These posts have since been deleted but others, including an article calling to ban the burqa, remained on the account on Wednesday afternoon.

Islam is the third most popular religion in Darebin Council, with 6,000 people following the faith.

Adel Salman from the Islamic Council Victoria told The Feed he believes Ms Kotanidis’ posts “marginalise Muslims and create fear and hatred in the community”. Mr Salman said the posts were “really upsetting” and reminded him of when Ms Hanson wore a burqa into Parliament House.

“The direct message to the Labor Party and to DECC is they really should take steps to condemn and also dissociate themselves from this candidate,” he said. 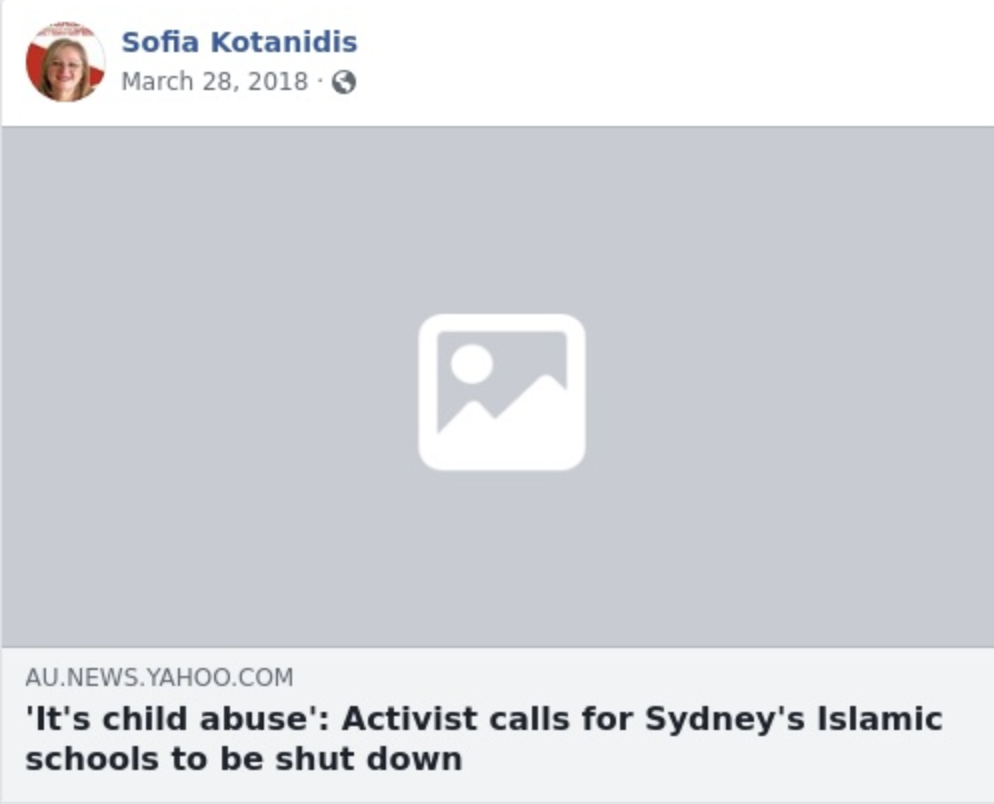 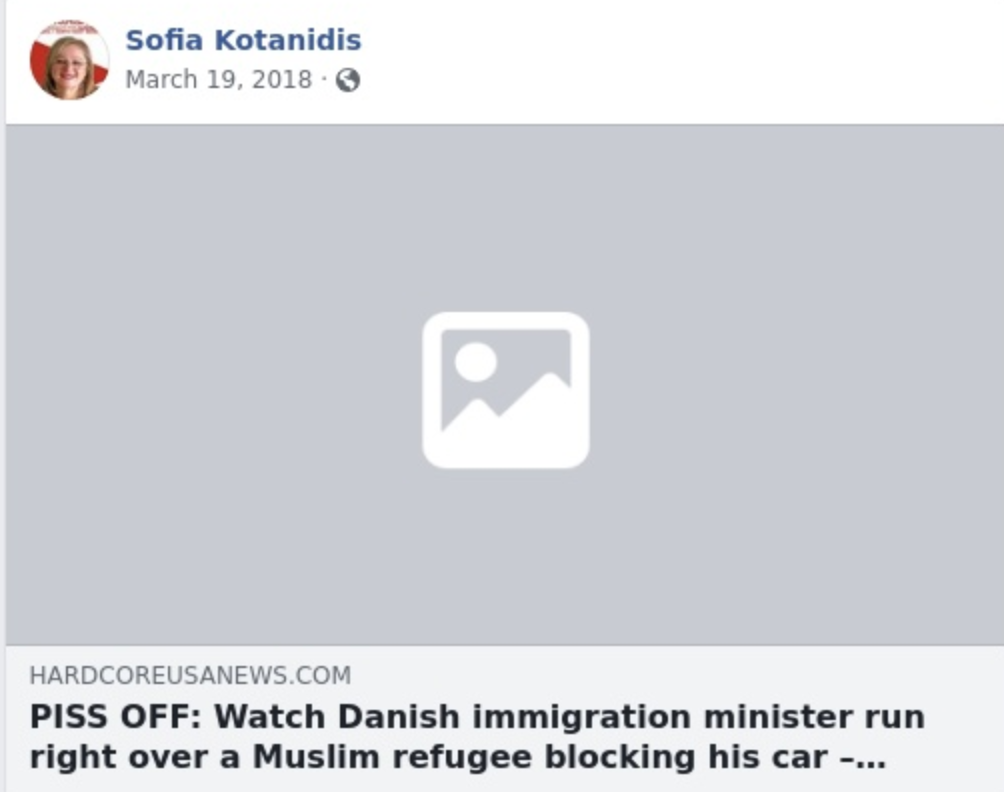 “We are a multicultural and inclusive community. We have one of the largest mosques in all of Melbourne and a significant Islamic population as well,” he said.

“What most disturbed me is the Labor party endorsed her, or if they haven’t endorsed her, what are they going to do about it? The fact that there doesn’t seem to have been any vetting process is also really concerning,” he added.

“The reality is that anyone who’s elected to council can easily become the mayor.”

Chris Ford, Acting State Secretary at Victorian Labor told The Feed it “has not endorsed Sofia Kotanidis in this or any other position.”

"Sofia’s views do not reflect those of Victorian Labor or our members. The party did not endorse her and does not endorse candidates who hold these views," Mr Ford said.

"The logo Sofia has used was not provided by Victorian Labor and it is not an official Labor logo. She has been asked to remove the logo from all campaign material," he added.

"The Party has rules and a disputes process able to deal with issues such as this one."

The Feed has contacted Ms Kotanidis for comment regarding Labor's response. ‘We all make mistakes’

In a statement to The Feed, Ms Kotanidis expressed her “regret” over sharing the posts.

“I do recall re-posting those articles on my personal Facebook page over 2 ½ years ago,” Ms Kotanidis said.

“Soon afterwards I reflected on these posts and immediately deleted them.  I have discovered recently, that [they] were not deleted properly, so I have sought assistance to delete them now,” she added.

“We all make mistakes; I regret my actions over 2 1/2 year ago. They do not reflect my views, nor do they reflect the actions I have taken over the years in my support of our diverse multicultural communities”

Ms Kotanidis has a Greek background and said she has been involved with Darebin Ethnic Communities Council (DECC) for over 20 years and has “advocated for Darebin’s culturally and linguistically diverse communities”.

“I am happy to be judged on my actions rather than something I posted more than 2 ½ years ago which I deleted,” she added.

This year, Ms Kotanidis shared posts such as “Whisking you all Eid Al Adha Mubarak” and a memory from 2018 where she is pictured with a woman wearing a hijab captioned “wonderful to catch up with friends :-))”. Nalliah Suriyakumaran, an independent Labor candidate for Darebin and chairman of DECC, confirmed he was first made aware of the posts two-and-a-half years ago and says he asked Ms Kotanidis to remove them.

He added Ms Kotanidis had agreed to remove the posts and says she claimed she thought she had, but experienced “technical stuff”. The Feed has not been able to confirm with Ms Kotanidis whether this conversation took place.

Suriyakumaran said Ms Kotanidis has “been helping lots of refugees from Islamic backgrounds” and had assisted asylum seekers to find employment”.

But he said her postings were “categorically unacceptable, period.”

“We stand shoulder to shoulder with all Muslim members and have consistently fought for their human rights and dignity and right to live peacefully in this community.”