Montaigne will represent Australia in the Eurovision Song Contest this month but she once had dreams of becoming a soccer star. The Feed’s Marc Fennell spoke with her ahead of her performance.

Growing up, Montaigne dreamt of becoming a soccer star and played at a semi-professional level in the premier league in NSW.

“I grew up with a father who played professional football and that's the path I thought I was taking as well,” Montaigne told The Feed’s Marc Fennell.

But the 25-year-old, who will represent Australia in the Eurovision Song Contest in The Netherlands this month, said the fierceness of the competition burnt her out.

“I think I was really burnt from sport because I just loved football, and I just really wanted to play it well with other people who played it well,” Montaigne said.

“But I didn't have, like, the fire of winning in me and I think that really affected how I was treated.

“I think it's the nastiness that I can't handle with the competition.” Montaigne will represent Australia in Eurovision this month.
The Feed/ Pat Forrest

Montaigne increasingly turned to her other love, music, a passion that she claims started in “the womb”.

“[My parents] were living in Malaysia and they didn't speak the language,” she said.

“One of the main things they did for entertainment… was just playing music really loudly in the house. So for them, it's like I was hearing it by osmosis.”

Montaigne’s parents aren’t “musical” but even so, she told The Feed she began playing, writing and singing from a very young age.

At 19, Montaigne released her debut album, ‘Glorious Heights’ in 2016, which peaked at No. 4 on the ARIA Albums Chart.

The same year she won ‘Breakthrough Artist - Release’ at the ARIA Music Awards of 2016 for her album. 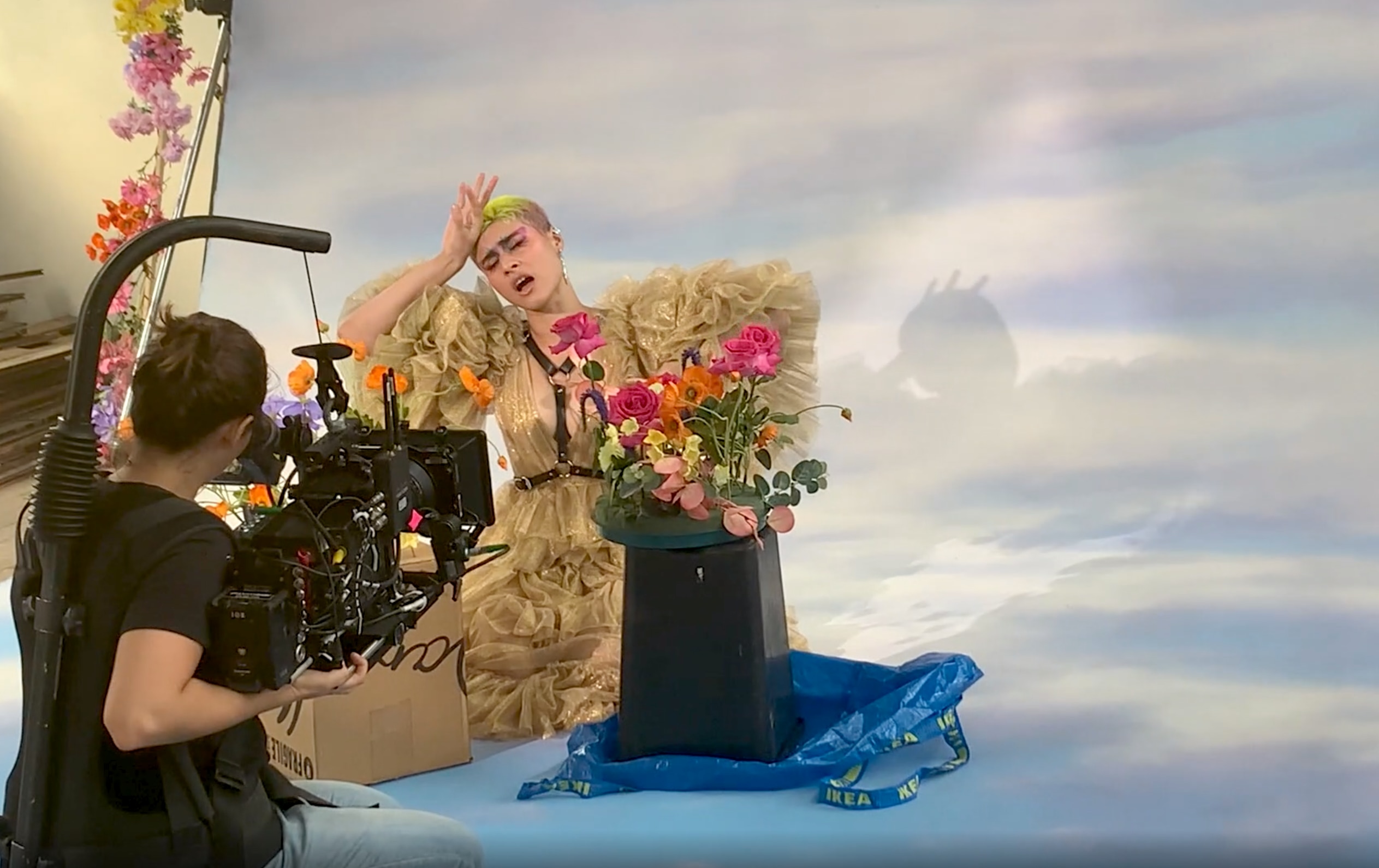 For Montaigne, who suffers from polycystic ovary syndrome, the non-stop touring schedule that comes off the back of a successful career has been, at times, gruelling.

“It’s just like waking up really early to get to an airport while you wait around a long time... And then you get on a plane, and then you go to a hotel, and then you do a gig. You can’t sleep because adrenaline’s pumping through your body,” Montaigne said.

“Touring is one of the most strenuous things you can do.”

And as her success grew, Montaigne said so did the scrutiny and unsolicited opinions from those on social media.

“The thing that has blindsided me the most is like physical and mental health and like the way that it's affected by being in this job,” Montaigne said.

“I'm just so much more anxious and physically fragile than I think I used to be.” Montaigne wrote her hit song 'Technicolour' in her bedroom.
The Feed

The world slowing down during the COVID-19 pandemic, in some ways, came as a relief to Montaigne, who describes herself as an “introvert”.

“I'd love to not have Twitter, or Instagram or all that stuff, and just be holed up in my house and do my garden, and learn knitting and do my skateboarding and play video games,” she said.

“My disposition means that I'm vulnerable to the things that happen on Twitter. Sometimes I'm an emotional person, I'm sensitive, I'm very receptive to other people's opinions and feelings.”

As she prepares to hit the world stage with the Eurovision Song Contest, Montaigne told The Feed she’s excited but “nervous in a way she has never been.”

i regret to inform you all that i will not be travelling to rotterdam for eurovision this year. I WILL still be participating remotely. we will send my performance of technicolour from australia. #SBSEurovision #ESC2021 pic.twitter.com/bifSTfr4jC

She’ll be performing her song ‘Technicolour’, which she said “came pretty quickly” while she was improvising on her guitar in her bedroom.

“[With Eurovision] it’s doing something that requires you to be perfect...And like, I found that quite challenging. But it was a good challenge.”

Eurovision was cancelled last year due to the COVID-19 crisis. Win or lose, Montaigne is thrilled to be part of a "massive spectacle...that is so fundamentally weird".

“You celebrate and then you move on, you keep doing music and that's the constant that you always come back to. To me anyway.”

Watch the full interview on The Feed at 10pm on Tuesday or catch up on SBS On Demand.