A turtle’s gender is determined by the temperature of the sand it is born into – in warm sand females are produced, in cooler sand, males. As temperatures rise as a result of climate change, this spells trouble for the future of turtle mates.

When a baby turtle hatches from its egg, it does so in tandem alongside its almost 100 other siblings.

After a 60-day incubation period in the sand, the newly-hatched turtles will instinctively race down the beach towards the ocean; dodging dangers like birds, plastic and aluminium cans along the way.

That incubation period in the sand will ultimately determine the turtles' gender; in warm sand females are produced, in cooler sand, males. 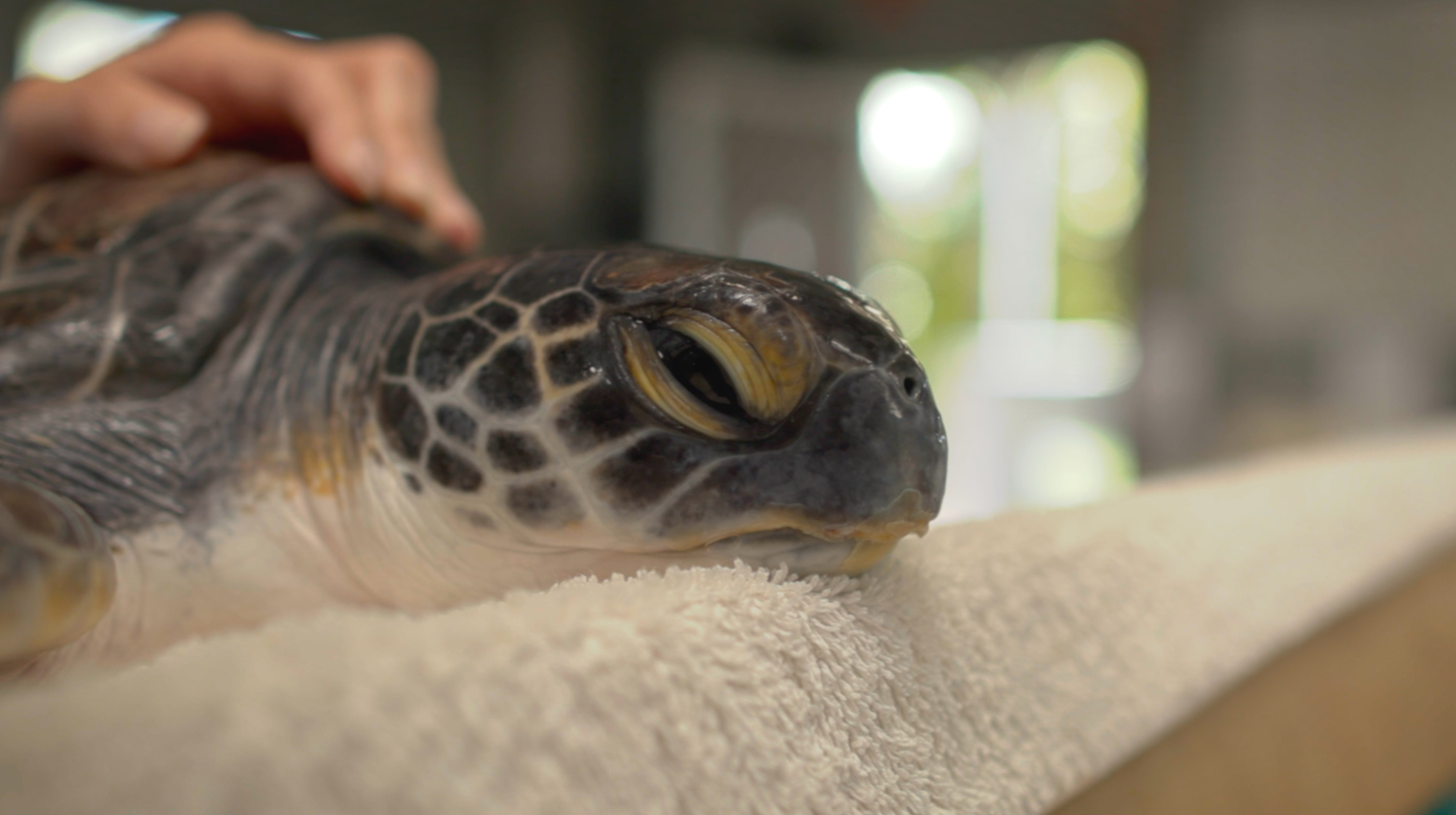 A turtle’s gender is determined by the temperature of the sand it is born into.
The Feed

This once-known fun fact about turtle gender determination has become more ominous in the face of climate change.

"As our temperatures are warming, so are the sands, and we're going to start seeing too many females and not enough males," marine biologist Olly Pitt told The Feed.

In an attempt to counter the flow-on effect of climate change, the TurtleWatch program has been working to track the movements of turtles on the NSW coast.

"In the future with climate change and global warming, our major nesting rookeries are all in Queensland and up north so our sand temperatures are increasing up there," Holly told The Feed.

"In New South Wales, we want to keep a really close eye on our beaches to be able to hopefully put males back into the population in the future."

Despite existing on Earth for over 100 million years, the six respective sea turtle species that inhabit Australia's oceans are now either classified as endangered or vulnerable.

Plastics, predators and light pollution are just some of the pre-existing challenges sea turtles face on a day-to-day basis, before even considering the feminisation of their population.

"The most common impact of plastic on sea turtles is either entanglement and ingestion, so it's just one of those other challenges that they face." Holly said.

'My concern is we've done irreversible change, that we can't fix it anymore'

Back at the Australia Seabird Rescue (ASR) sea turtle hospital, Olly Pitt hydrates a turtle named Vegas via injection, before moving onto weighing another turtle in recovery named April.

April had been found a week earlier, washed up on the beach with a chunk of rope hanging out of her mouth. After confirming that the rope had travelled quite far into her digestive system, vets at the Byron Bay Wildlife Hospital were able to remove the rope.

"This is 100 percent human induced," said of April's injury, "this is something that was discarded and left behind and this poor turtle had to come along and eat it." Marine Biologist Olly Pitt tending to a sea turtle at the Australian Seabird Rescue.
The Feed

Incidences like April's are not uncommon and are rapidly increasing; in the 2018-2019 season the hospital had a busy summer wherein 40 sea turtles came into care. And then in the 2019 - 2020 season the intake doubled - 89 sea turtles made their way through ASR's hospital doors.

"The more animals that come into care, the more that are dying as well," Olly says of the dramatic increase of turtle patients.

Along the beach in Ballina volunteers young and old walk the beaches searching for rubbish, filling bags and checking for nests - hoping to monitor ones that do pop up, to protect them and the future turtle population.

This effort, while inspiring, could be futile.

"My concern is we've done irreversible change, that we can't fix it anymore," Olly said.

"We're putting these animals that we work endlessly back into an environment that can't support them and that's my major concern, is realising that there is no ecosystem anymore."