Cinema and science have been trying to bring scents into the movie world for decades. But smell continues to be a difficult sense to harness.

When you go to the movies, the visual and sound effects can make it feel as if you’re in the middle of all the action. But why does smell continue to elude those in cinema and science who’ve tried to bring it to the big screen?

Scents have been used with films since the early 1900s even before sound was introduced.

Fast-forward and there have now been several advances in technology but harnessing smell continues to face a bunch of hurdles.

So, will we ever be able to get a whiff of George Clooney’s cologne through the big screen?

Damian Frank is a research scientist with the CSIRO and explains why it’s not so easy.

“Basically the sense of smell, like the sense of taste is a chemical sense, which really means fundamentally that you need molecules or matter coming into contact with receptors.

“In the case of smell, your olfactory receptors in your nose and for taste, basically taste buds on your tongue.

“So, this is in contrast with visual stimuli, which is energy. So you don't actually need matter coming in contact with receptors.“

How to have an eco-friendly death

Which, he says, is the reason it’s not as simple as turning one smell on and another off with a quick change of scenes.

“You're limited by the speed with which gas molecules are going to move and they need to be swept away when they're replaced by the next smell. And also they're sticky, which is another consideration,” Frank says.

The movie world has been trying to bring smell to the cinema for decades.  It's considered one of the final frontiers in achieving a fully immersive experience at the movie theatre.

When Smell-O-Vision was a thing

Let’s rewind to the dawn of ‘smell-o-vision.’

In 1960, the ‘Scent of Mystery’ was released, a movie written to make use of smell-o-vision.

The cinema was fitted with an elaborate system of pipes that delivered a puff of scents at specific moments in the movie.

But there were many problems, among them; the loud hissing of the vents was distracting, smells arrived to the people seated on the balconies too late, and the odours were faint causing many in the audience to sniff loudly. The review? Well, I guess you could say smell-o-vision stunk.

And, it’s since been rated one of the worst inventions of all time by Time Magazine.

Criticism which Professor Andrew Johnston from the University of Technology Sydney’s Visualization Institute reckons is a bit harsh.

“It might not have succeeded commercially. So in that sense, it was unsuccessful, definitely. But on the other hand, we're still talking about it. So it was influential.”

Professor Johnston was recently involved in a project with the CSIRO and the University of Technology Sydney using a machine that produced different smells in VR helmets, designed to get users deep into game mode.

Those involved in the study reckon something like this could be useful for things like training firefighters, in order to simulate the smell of smoke and other chemicals. 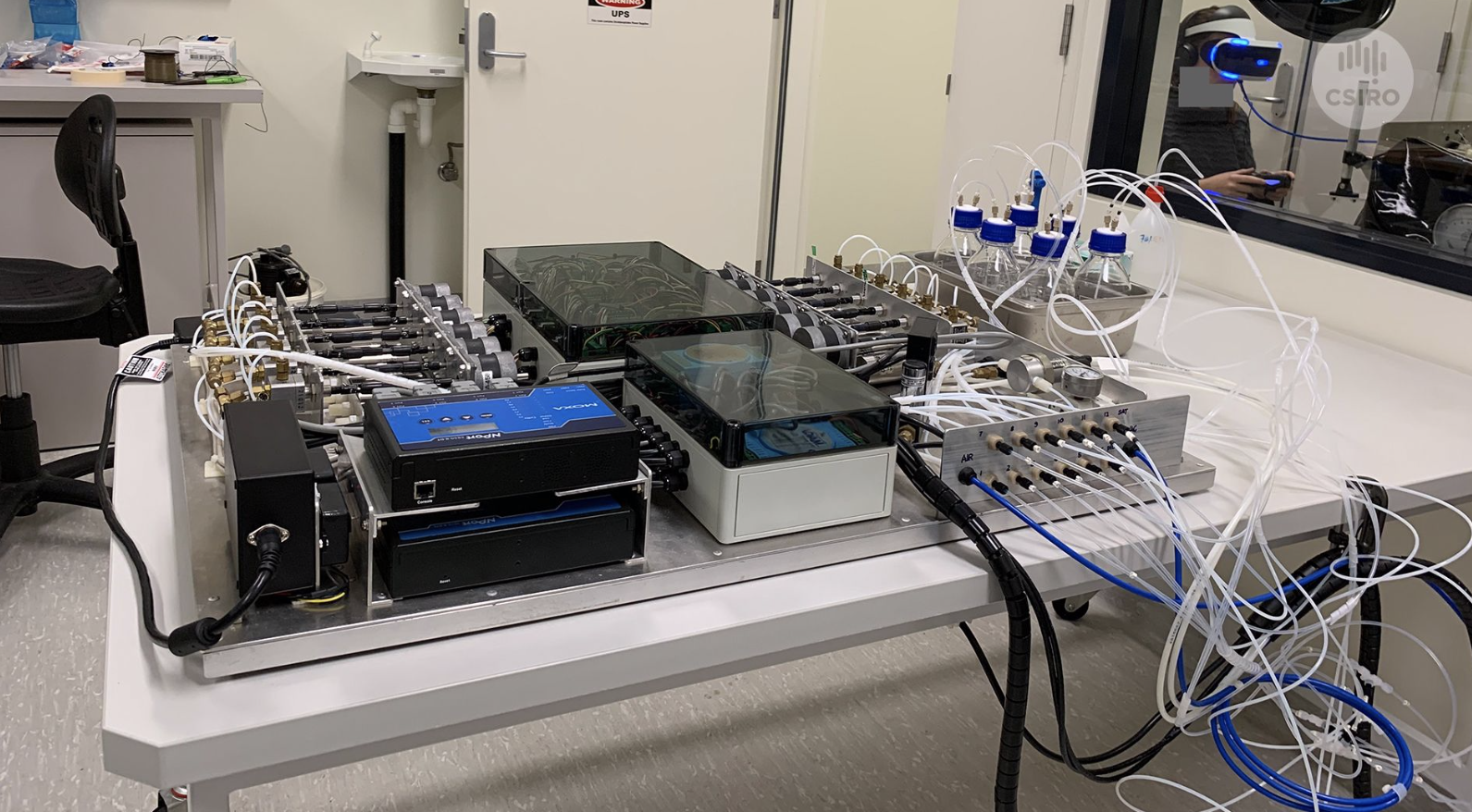 “If you want to make their training as realistic as possible, when it's as effective as possible, then I think smell could make a real difference there,” Professor Johnston says.

However, bringing smell to a wider audience remains the tricky part and not everyone has been thrown off the scent just yet.

Forget the Nose, Trick the Brain.

Neuroscientist Selena Bartlett from QUT’s School of Clinical Sciencesbelieves the key to perfecting smell-o-vision will be in bypassing the nose altogether and going straight to the brain.

“I would see a reverse engineering exercise happening. So it's not starting with the smell, but it's starting the brain first.

What Professor Bartlett is talking about is a device that could teach the brain what a blueberry muffin smells like. And after that’s been encoded when you see a blueberry muffin, the smell part of the brain will recognise that delicious treat, without actually smelling it.

“We'll be able to encode and understand how millions of people interpret a smell,” she says.

Tricking your brain into smelling something that’s not really there might be a bit too out there for a lot of people.

But emulating real-world smells at the pace of a fast-moving action film still faces some big obstacles.

Let's be real, no one wants an unpleasant smelling scene in a movie hanging around like a bad smell.