The global pandemic has seen more people considering their own mortality and how they can give back to the planet after death. But how green are you willing to go?

Back in the day, when you died, the odds were you would end up six feet under in a well-manicured cemetery.

Now, the majority of Australians - 65 per cent - choose to be cremated.

The global pandemic has left many people questioning their own mortality and how they can give back to the Earth beyond this life.

How does becoming a reef at the bottom of the ocean sound?

Well, thousands of people have already fulfilled that deep-sea dream and are down there, truly at one with the ocean after they’ve died.

George Frankel from Eternal Reefs says more than 3,000 people in the US have chosen to be memorialised this way and they come from all different walks of life.

“They leave here with a real positive sense of contribution and accomplishment.

“From our perspective, the beautiful part of that is these families are now fully invested in the marine environment.“ 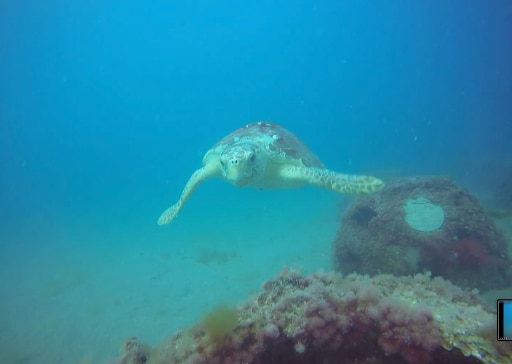 Turtle swimming near reef ball memorial site.
Eternalreefs.com
Eternal Reefs has been turning people into reefs since the late 1990s.

The idea has also taken off in a small coastal town in Western Australia. Jurien Bay is home to the only project of its kind in Australia. About a dozen locals have been memorialised in a reef and the project has a permitted capacity of 100 people.

George Frankel explains that it works like this -  a person’s cremated remains are blended with a special concrete that’s PH neutral.

That mixture is then added to a large structure called a “reef ball” which weighs anywhere from  350 kilograms to almost two tonnes.

Reef balls are being used all over the world - including in Australia to help restore areas that have suffered environmental damage.

When the artificial reefs are placed on the sea bed, fish start migrating towards them and within a few weeks, marine life begins to grow.

George Frankel says over the past 18 months, he’s noticed more people are considering their own mortality and environmental impact.

“The baby boomer generation was the generation that really got involved in causes. And we've now aged to the point where these are our decisions in our conversations, “  Frankel says. 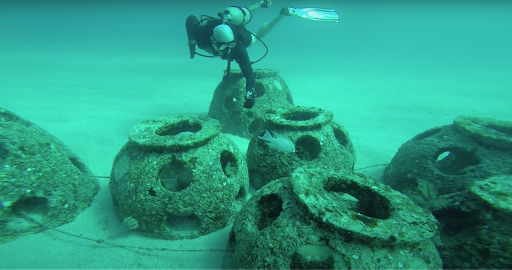 While becoming a reef might sound amazing, it’s not the most eco-friendly way to go.

Why? Well, you have to be cremated first.

Each cremation generates about the equivalent of 160 kilograms of carbon dioxide … roughly the same as the emissions from driving a car for 650 kilometres or charging around 20,000 smartphones.

Considering that in Australia alone around 110-thousand people will be cremated this year, that means you’re looking at the same pollution equivalent to 97 railcars worth of coal being burned.

And when it comes to a traditional burial, the long-term environmental footprint is even worse than cremation when taking into account things like cemetery maintenance, the coffin, plus the mining and shipping of headstones.

There are greener burial options though and also a cremation method that involves fewer emissions. 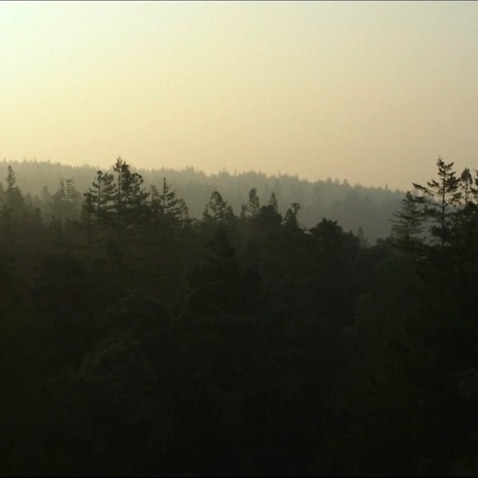 It’s called Alkaline hydrolysis or water cremation which uses water and chemicals to break down the body.

Pia Interlandi is the Co-founder of the Australian Death Studies Society and she says while there are many things being marketed like turning your ashes into a diamond, compressed into a vinyl record or into space dust, but ultimately it all comes down to a question of burial or cremation.

“The burial versus cremation question is a really significant one and it radically alters the options and kind of the afterlife that the atoms or nutrients from your body will take on.

“ I tend to think of it as like elements. You've got earth, air, fire, and water. Um, they are all confronting the corpse, the dead human body “ Dr Interlandi says.

Donating your body to a disused quarry

If you’d like to give a gift to the environment after your death, Pia Interlandi,  lecturer at RMIT, says people should consider Restoration Natural Burial.

You need to say goodbye to the idea of a well-maintained cemetery and consider giving your body to a place like an old quarry site, which is in need of environmental rehabilitation.

“By burying your body in a restored natural burial ground, that's a way of really usefully and constructively giving your body to improving something that needed improving.

“Where you actually use your burial plot, as a way to restore a piece of land that needs it because your body has nutrients and water.” Dr Interlandi says

The catch is your loved ones probably won’t be left with a beautiful looking memento.

So, just how green are you willing to go? Would you donate your body to help repair an old quarry?