A graphic fake image of an Australian soldier and Afghan child, shared by a Chinese official, has furthered splintered relations between China and Australia. So how powerful is political imagery in promoting countries’ strategic interests? The Feed asked two experts.

A doctored image of an Australian soldier holding a knife to the neck of an Aghan child, posted onto Twitter, has increased tension between China and Australia.

The image was shared by Zhao Lijian, the deputy director of the Chinese Ministry of Foreign Affairs Information Department, in response to the Brereton war crimes inquiry.

The image drew a swift rebuke from Prime Minister Scott Morrison, who labelled it “repugnant” and demanded an apology. One of the new cartoons shows an Australian soldier standing on a bloodied body, hidden by a blanket, and smiling for a photograph as he holds a placard reading ‘human rights’.

Another cartoon depicts a kangaroo standing beside a knife covered in blood and holding scales with a miniature devil and angel inside.

How powerful are political cartoons?

Dr John Blaxland is a Professor of International Security at the Australian National University and believes political cartoons can be “incredibly powerful.”

He told The Feed the cartoon has strong parallels with the “odious imagery of ISIS” and some of the “very ugly” images they were putting up online in 2014 and 2015.

“I think [these cartoons and images] are unbecoming, it's degrading. I think it cheapens China, it makes them far less grand. It's beneath them,” Dr Blaxland said. In June 2014, a Twitter account, believed to be associated with ISIS, posted images of what appeared to be captured Iraqi security personnel, and later, photographs of the ultimate killing of the soldiers.

ISIS also posted cartoons on Twitter that promoted the terrorist organisation’s approach. One such image showed militants holding guns inside tanks, heading towards a sign that read’ Baghdad’.

Dr Blaxland also pointed to the Charlie Hebdo cartoons as an example of the powerful impact which cartoons can have.

“The cartoons they did, with hugely evocative imagery that generated enormous political storm and murders in France and elsewhere,” Dr Blaxland said.

“Many of us find imagery particularly evocative, memorable and impressive, and leaving a strong impression. That's why newspapers have cartoons because they are evocative and they capture something about the Zeitgeist,” he added.

Two people were critically injured in a stabbing outside the magazine’s headquarters in September, weeks after the publication republished controversial caricatures of Muhammad.

The cartoons were published by Charlie Hebdo in 2015 and sparked an Islamist attack on the magazine, which killed 12 people.

A French teacher was beheaded in October after showing students cartoons of the Prophet Muhammad in a lesson about freedom of speech.

The political interests behind the images

Dr Peter Chen is a Senior Political Lecturer at the University of Sydney.

He believes the image, shared by a Chinese official, shows just how “poor” relations have gotten between the two nations.

Despite this, he says, both the Australian Prime Minister and the Chinese government have used the political images to project their own strategic interests.

“I just wouldn't take anything that kind of political elites are saying with regards to this on face value, because it is part of the strategic Nexus,” Dr Chen said.

“The Prime Minister, who was kind of dealing with an unfortunate scandal in the Australian political environment, has been able to turn that scandal around into effrontery, just as the Chinese government have been pleased to call Australia a group of extreme hypocrites and attempt to negate our moral authority with regards to human rights,” he added.

#Opinion: China has always been a peace-loving country, and condemns any inhuman acts. If any other country commits such shameful and cruel war crimes as what those Australian troops did, China will gravely make due condemnations as well. https://t.co/SZqCxl4HZI

Dr Chen believes the image and cartoons present a “very shallow” interaction between two countries but are demonstrative of China's new assertiveness.

“Both in terms of what, some would term as its wolf-warrior diplomacy, but also its nationalistic kind of position of its citizens,” he said.

“And it has provoked, you know, a nationalistic and sometimes racist response from members of the Australian community,” he said. He says that the rise of the new media has led to the ability for Australians and Chinese citizens to engage in nationalistic feuds.

“Unfortunately, now there is an opportunity for asshats in Australia and asshats in China to go onto Twitter and slag off against each other. A little bit of that genies’ out of the bottle,” he said.

Dr Chen believes members of the political elite need to frame their language carefully and consider the impact it has on diaspora communities in both countries.

“We can think about how, particularly at the start of the COVID crisis, there were some very unpleasant and unfortunate incidences in Australia to Chinese Australians,” he said. 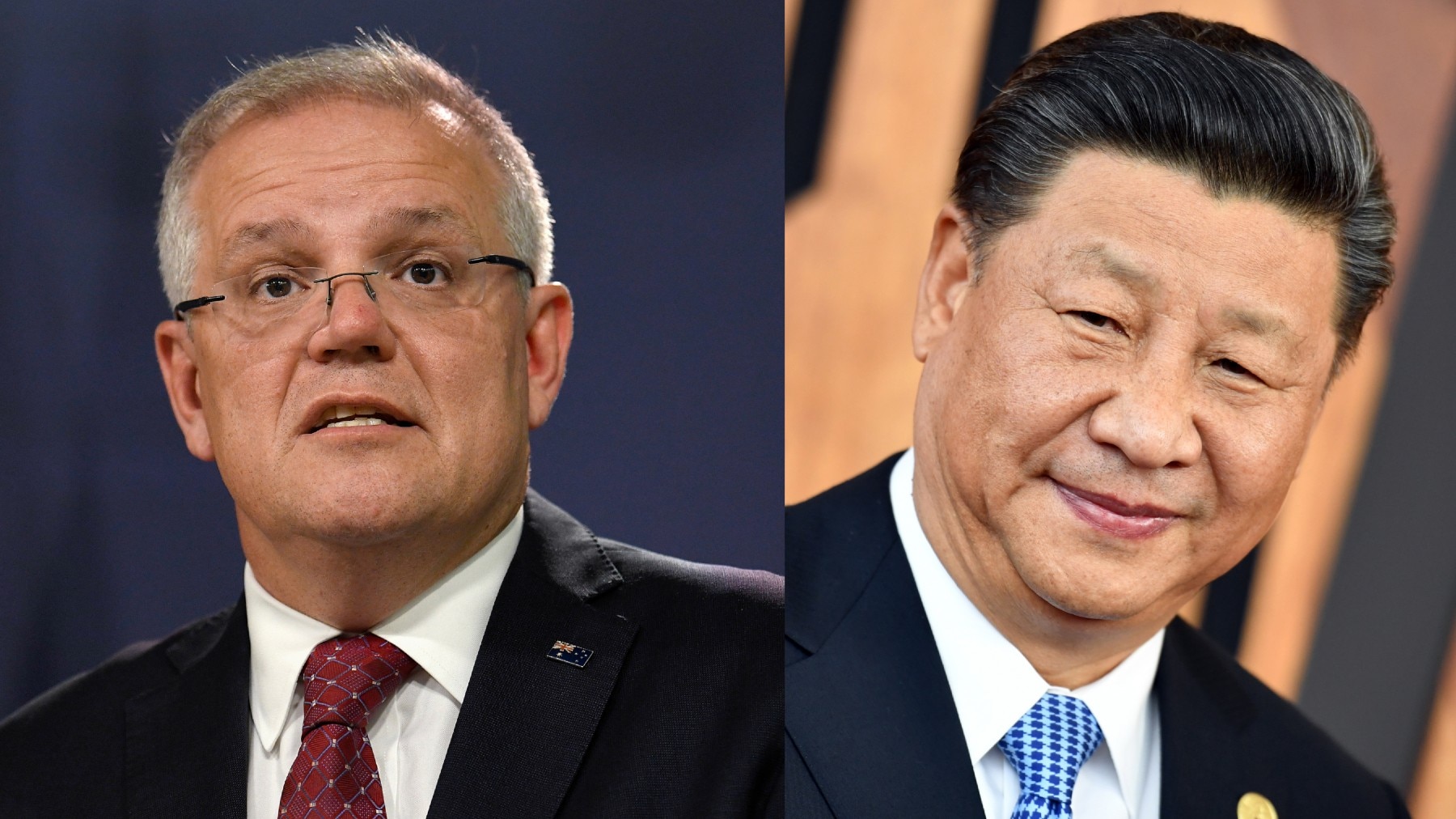 Australia needs to take some criticisms about its human rights record seriously, according to Dr Chen.

“If you are going to be the country that does want a kind of rules-based order around free trade regulation but also human rights, then you do have to walk the talk a little bit,” he said.

“We need to consider whether some of the policies that we've engaged in, such as asylum seeker policies, for very base political reasons domestically, have come at massive costs with regards to our moral authority on the global stage.”