For a majority, the removal of the laws are a cause for celebration. We speak to some of the bar staff and venue owners who lived and worked through this period to reflect on how the city has changed.

After nearly 6 years, Sydney’s controversial lockout laws have finally been lifted. For the first time since 2014, punters can enter venues after 1:30am and order premixed drinks or neat spirits.

Last year, it was reported that 418 bars and venues have shut since former premier Barry O’Farrell introduced a suite of reforms that became known as ‘lockout’.

However, there is one area of the city where the laws will stay in place. The once thriving suburb of King's Cross.

You wouldn’t think it to look at it now, but King’s Cross was once the fiery heart of Sydney’s nightlife. It was a debaucherous place packed with crowds of revellers, people queuing for kebabs or busses at 3am, pouring out of strip clubs and into basement establishments until dawn.

Then lockout changed everything.

"They turned it into a nanny state, they took the fun out of going out," said former Hugo's manager Stuart Morrow. He was made redundant as a result of the laws just six months before the venue closed.

King’s Cross ‘was a pretty seedy place’, Morrow explained to The Feed.

"I think they needed to do something, I just don’t think they did the right thing."

After Hugo’s, Morrow became group operations manager of Frankie’s in the CBD just as lockout was expanded. "As the laws came in, we had to lay off pretty much our whole management team," he said.

Morrow's story is a common one. Minna Hanson, former manager of Copacabana on Oxford Street, explains that life after lockout was tough and that ‘pretty much immediately’ the venue's opening hours had to be reduced. The venue closed in 2017.

Joel McDermott managed Kit and Kaboodle, a multistory venue on Bayswater road which catered for "5000 people a week in its heyday". Two floors had to be closed when attendance dropped to just 50 people on a Saturday.

People in the industry use the phrase ‘knee-jerk’ a lot when talking about lockout.

Many believe the government did not properly consult with business before making the changes.

Morrow argues venue managers such as himself would have been able to offer the government simple solutions like better transport options that would have alleviated issues.

‘We had a taxi rank outside our venue. At three o’clock, all the taxis changed over their shifts," he said.

Busses came ‘every half an hour at the most’ and the trains had stopped running.

"Certainly the very last thing you want to be doing is closing all the venues at three o’clock because there's not going to be any way for people to get out," Morrow said. 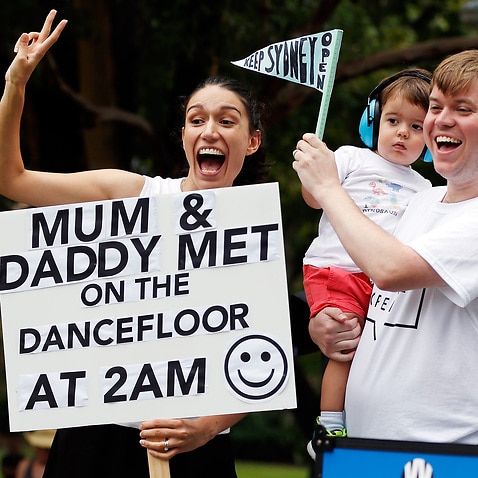 Majority of Sydney's lockout laws to be scrapped from 14 January

"When you’ve got people who have been drinking all put in the same area and their getting frustrated because they've got to get home, that’s when you have problems."

Ben Walsh, former owner of The Goldfish, said venue operators tried to offer solutions like these to the government but that "every idea that was put to them was quashed."

They were never interested in keeping King’s Cross going.

Walsh sold The Goldfish in late 2013. Eight months later it was closed.

Michael Rodrigues, chair of the Night Time Industries Association uses the metaphor of gardening to explain the decision.

"It destroyed the weeds as intended, but the flowering plants and edibles suffered the same fate."

Venues had to adapt to survive. Morrow believes lockout has given Sydneysiders and tourists a bland, homogenised offering. He explains that Frankie’s had to change their venue and their menu to be "completely against what we were originally doing down there".

The laws meant venues had to be very strict in their operations. Joel McDermott remembers the time a 55-year-old woman drove from the central coast for a private function at his venue.

"They had booked out one of the levels exclusively, spending about 15 grand," he said.

"It was fancy dress. She had only brought her phone with her because she was with her husband."

Without her ID, the venue had to turn her away.

The industry is excited to see the end of lockout but many fear that the laws have caused irreparable damaged to Sydney nightlife.

Walsh moved to Queensland after the implementation of lockout, stating it was "far too risky to invest in Sydney any more". But with the repeal of the laws he might consider returning.

It’s uncertain if the city will ever recover from lockout, but that may be a good thing.

"I prefer to think about this as a rebirth rather than recovery. Recovery implies that we had it right before and we should return to what we had. That cannot be our ambition." says Rodrigues.

‘Sydney does big, beautiful and bold well. Always has. But we need cool, craft and creative in equal measure. That’s the opportunity the lifting of lockout gives us’.