Data from the Federal Health Department shows that in recent days 16-39 year olds are coming forward for AstraZeneca vaccines at a higher rate than those in the 60+ age bracket.

Twenty-five-year-old Jack Woodward said he was happy to wait until October to get his Pfizer vaccine -- that was before the Delta variant arrived on Australian shores.

“Now that Delta is here I’m much more concerned for my health and the health of my family, plus getting vaccinated seems like our only way out of lockdown now,” the Sydneysider told The Feed.

Jack cancelled his appointment in October to get the Pfizer jab, instead choosing to get the AstraZeneca vaccine two weeks ago. “I want Australia to have the highest vaccine rate possible and wanted to contribute towards that.”

Jack is part of a national trend. Data seen by The Feed shows that since the beginning of the Victorian outbreak (August 6) more people under 40 (238,042) have received the AstraZeneca vaccine than those aged over 60 (190,926).

President of the Royal Australian College of General Practitioners, Dr Karen Price said she’s spoken to many young patients who are concerned for their own health as well as the health of the community.

“I have so much respect for young people. Often they’re pitched as selfish, which I don’t like and is untrue. This [data] shows how they are community minded,” Dr Price told The Feed. 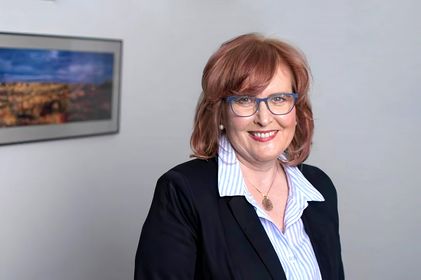 Dr Price said young people have been the most impacted by the pandemic, with the closure of schools, universities and limits on social activities.

“I’ve had lots of young patients come in to ask about the risks of AstraZeneca, many of them say they’re keen for things to open up.”

Professor Robert Booy, an infectious diseases expert, told The Feed that there is a lot of hope for the future with such a large number of young people coming forward to get the AstraZeneca vaccine.

“As we’ve seen in other countries, a highly vaccinated population gives the virus less opportunities to mutate,” Professor Booy said.

Professor Booy told The Feed that he’s even encouraged the young people in his own family to get the AstraZeneca vaccine. “I agree with the ATAGI advice suggesting in circumstances where there is imminent risk young people should strongly consider using the AZ vaccine.”

The advice from the Australian Technical Advisory Group on Immunisation (ATAGI) surrounding the age groups eligible for the AstraZeneca has changed with the threat of the outbreak.

On April 8 they advised that only those aged 50 and over should receive AstraZeneca then on June 17 the age was raised to those aged 60 and over.

But on July 24 ATAGI advised that anyone aged over 18, who lives in a COVID outbreak area should look into receiving the AstraZeneca vaccine.

Jack said earlier this year he saw the AstraZeneca vaccine as an inferior vaccine because of the risk of clotting. But he said he changed his mind after looking closer at the risks.

“It was all significantly lower, and I'm not a risk averse person so I thought of course I should get it.”