News Corp has been accused of biased coverage of Premier Daniel Andrews’s handling of Victoria’s COVID-19 outbreak as a new poll shows the majority of Victorians support his leadership.

Victoria may be under a strict lockdown, but a recent Newspoll has revealed Mr Andrews has held onto a steady approval rating of 62 percent throughout the pandemic.

But despite the Premier’s popularity, experts say that News Corp publications have continued to spin a negative portrayal of Mr Andrews.

A headline by The Australian reporting the recent poll read: “Voters not ready to slam Andrews for his errors just yet”.

While a column earlier this month by the publication beckoned the public to “Force Daniel Andrews to bear the costs of the damage he wreaks.”

“'Dictator Dan' is trying to build a 'COVID Gulag',” a headline from Sky News claimed. Meanwhile, Adam Creighton, Economics Columnist at The Australian, shared a video over the weekend from controversial far-right media personality Avi Yemini of a man being arrested in Victoria.

Creighton wrote on Twitter: “How can the Governor of Victoria see this and not sack the government and call an election? If people want health fascism at least let them vote for it.”

Terry McCrann, a Business Columnist at The Australian, echoed his colleague's sentiments and penned an op-ed calling on Mr Andrews to resign as he’s “unfit to continue as premier”.

But Andrews’ supporters and journalists alike have pointed out that in contrast, The Australian wrote a glowing review of Prime Minister Scott Morrison when his approval rating reached 65 percent.

The headline by The Australian reporting on Mr Morrison read “PM bounces back as voters desert Labor.”

“This trend of opeds being dressed as news reports is getting out of hand,” one Twitter user wrote.

Media and politics expert Emeritus Professor Rodney Tiffen from the University of Sydney said News Corp’s reporting of Mr Andrews has been an “unrelentingly critical and negative campaign”.

“I think that the polls are very interesting because although Andrews is taking a bit of a hit, it still shows a clear majority behind him,” he told The Feed.

Professor Tiffen said he was “tickled” to see columnists using the phrase ‘Stockholm Syndrome’ to refer to Victorians' relationship with the Premier.

“You might know Stockholm Syndrome refers to when hostages taken by a terrorist start to identify with the terrorists,” he said.

“So basically they were saying ‘we can't believe despite all the terrible things he's done, he's still so popular’.”

Over the weekend, the hashtag ‘Dan Must Go’ started trending on Twitter.

The Premier’s loyal supporter base swiftly hijacked the hashtag and began posting praise of Mr Andrews to filter out the negative tweets.

“#DanMustGo to bed exhausted each night after working so hard to keep Victorians covid-safe and fronting media for hour+ every day to keep us informed,” a user wrote on Twitter.

“#DanMustGo and have a well deserved beer for a job well done. Onya Dan,” another person chimed in.

#DanMustGo to bed exhausted each night after working so hard to keep Victorians covid-safe and fronting media for hour+ every day to keep us informed. Thank you @DanielAndrewsMP for your dedication. Sleep well - you've done a great job!#IStandWithDanAndrews

#DanMustGo and collect a medal for the sterling job he's done to save his state and the rest of Australia 👏👏👏👏👏👏👏👏The LNP must be seething with rage https://t.co/RU1la7QwUC

#DanMustGo and have a well deserved beer for a job well done. Onya Dan.

Professor Tiffen said Mr Andrews is popular due to the fact that he’s “putting himself on the line” during the pandemic.

“He’s not sugarcoating the facts and is achieving things. The fact that they had 700 new cases, and now it's down to 28 or something,” he said.

“There does tend to be a bit of a surge in support for leaders during times of national crisis or times of crisis. As long as they feel that leaders are you know, focusing on them and try to do what's good for the public as a whole.”

The Andrews’ government has been heavily criticised for its handling of the hotel quarantine and contact tracing regime, which is thought to have led to a second wave of COVID-19 in Victoria.

ABC journalist Richard Willingham claimed the “botched handling of hotel quarantine has the potential to be the biggest scandal to rock the Andrews Government since he was elected in 2014”.

The Victorian Labor government had been returned to office by a big majority in the last election.

But the Premier has not shyed away from his responsibility for Victoria’s coronavirus response, stating “the accountability sits with me, of course it does.”

"I'm the leader of the Government, but in terms of the investigative process, that should be done at arm's length to get us complete clarity — what went on, how did it happen? And I think that's the best and most appropriate way to go." 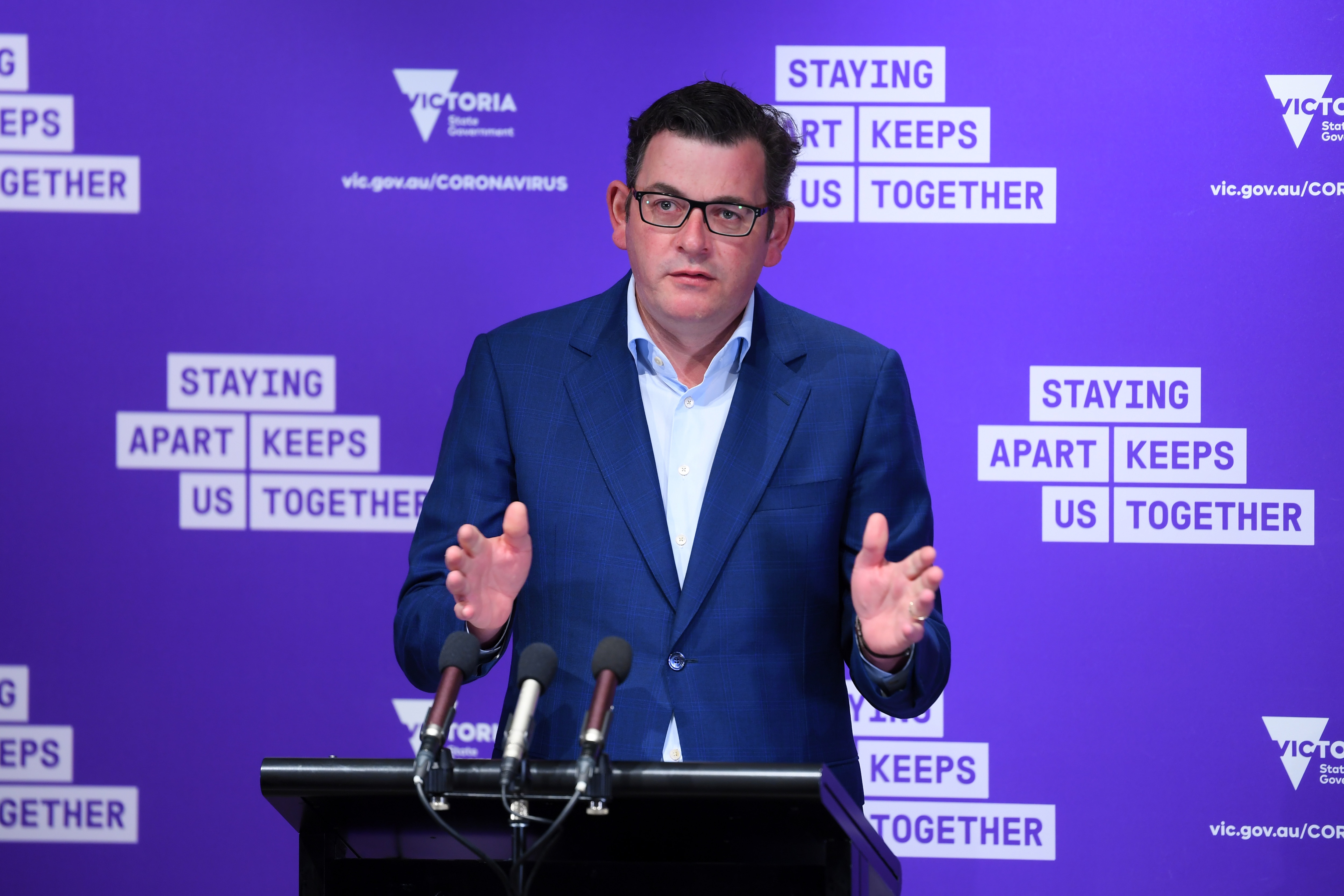 Dr Denis Muller is a Senior Research Fellow from the Centre for Advancing Journalism at the University of Melbourne.

He told The Feed that News Corp’s characterisation of the Victorian Premier is  “dangerous for our democracy.”

Dr Muller said News Corp’s “extreme coverage” is “playing into the hands” of those who wish to sow division in Australian politics after a poll by The Age about Mr Andrews was rigged by bots on Twitter to vote against him.

He claims the negative reporting of the Victorian Premier is a continuation of News Corp’s ideological agenda.

“It's obvious that he's a Labor premier and News Corp has been campaigning against the Labor Party in Australia at the state and federal levels for decades,” Dr Muller said.

“I think they have seen an opportunity to damage a Labor premier. And they're doing all that they can to do it.” 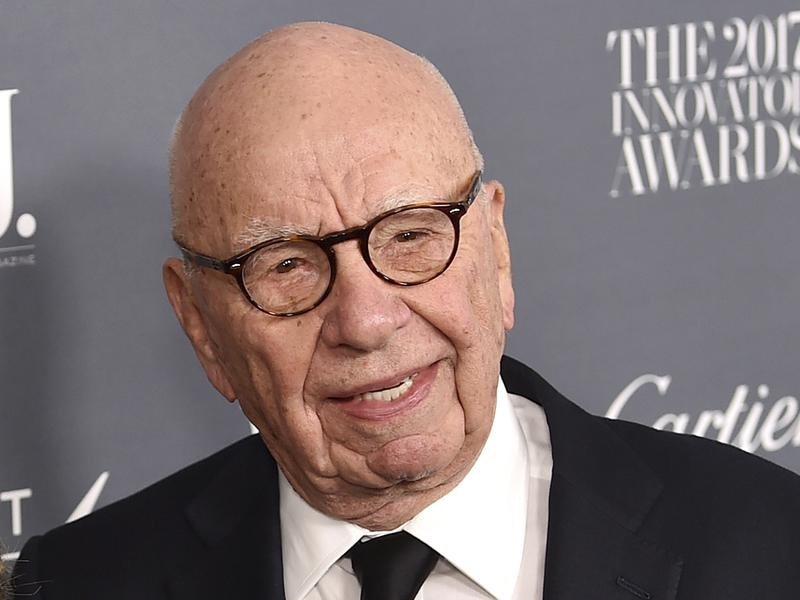 Dr Muller said Murdoch was a key player in the downfall of Former Prime Minister Malcolm Turnbull and the unpopularity of Former Opposition Leader Bill Shorten.

“You might remember Shorten refused to pay court to Murdoch before the 2019 election. He was invited to go to New York and said, ‘No, thank you, I won't go’,” Dr Muller said.

“I don't think that would have fundamentally changed News Corporation’s stance in that election. But I suspect that Murdoch was very displeased that neither Shorten nor Turnbull, in a sense, caved into his demands to pay court to him.”

Dr Muller said Murdoch has a significant political influence in both Australia and the UK.

He noted that Former UK Prime Minister Tony Blair flew all the way out from London to Australia’s Hayman Islands in 1995 to visit Murdoch because “he couldn’t confront Murdoch’s power but he had to manage it.”

Dr Muller added that the Murdoch-owned publications are attempting to polarise the community -- like they did in Britain with Brexit and supporting President Donald Trump in the US elections.

“They are driving the community into opposing camps. Those who like and read, the Murdoch press will go and read it and the rest of the population will probably be as appalled as I am,” he said.

“So I think that probably the effect of this is not to do particular damage to the News Corp business, but the damage that is being done to the Australian democracy,” he told The Feed.

“In the end, for Murdoch, it's all about business. And he thinks that his business will flourish best and conservative governments. And, happily, because the conservative outlook squares with what seems to be his personal dispositions.”