The Liberal government has been elected for a third term in NSW. What does this mean for the women seeking legal abortions in the state?

Video above: Jan Fran travels across the country to meet women from very different backgrounds to find out, just how angry are they - and what happens when they express it.

Pro-choice campaigners are warning decriminalising abortion in NSW will depend on a private member's bill, with the Berejiklian government showing no intention of changing the law.

The Coalition won the state election at the weekend and Gladys Berejiklian became the first woman elected as NSW premier - the same state where abortion remains a criminal offence.

The result is "not ideal" for the decriminalisation movement because the Labor Party promised to refer the issue to the Law Reform Commission, said the chairman of Our Bodies, Our Choices Claire Pullen.

"We have seen, in other states, that decriminalisation usually follows after the issue is referred to the Law Reform Commission," she said.

"The path toward decriminalisation is less clear now than if Labor was elected."

In NSW, abortion is considered a criminal offence if performed unlawfully and can carry a maximum penalty of 10 years imprisonment. The procedure is only considered lawful if a doctor deems a woman's physical or mental health is in danger.

The Greens presented a motion to the NSW parliament in 2017 to decriminalise abortion but it was defeated 25 to 14 in the state's upper house.

The premier has said her support for decriminalisation would depend on the details of the legislation.

In 2018 she said in a statement that she remained "open-minded on the issue", she also backed "safe zones" around the state's abortion clinics after giving government MPs a conscience vote on the legislation.

But neither the Labor or Liberal party have committed to introducing a motion to decriminalise abortion this year, so any change may rely on a private members bill and a conscience vote.

The independent Sydney MP Alex Greenwhich and the NSW Greens have both promised to reintroduce a bill if re-elected to parliament.

"We are encouraged by MPs wanting to see this happen," she said. 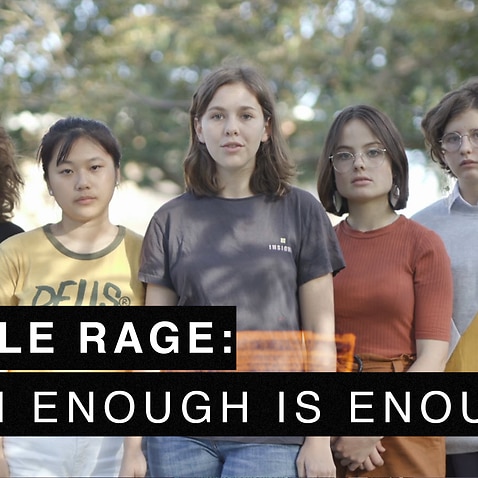 Women are angry - and rightly so Medical director of Marie Stopes Australia Dr Phillip Goldstone said decriminalisation of abortion likely rests on the success of one of these private members bill.

"I think there is a strong movement for law reform regardless of who is in government ," he said.

Doctors reluctant because of law

Dr Goldstone said while ever abortion remains in the NSW Criminal Act, some doctors will be reluctant to provide the service.

"It adds to confusion and stigma around the procedure. Public health providers can hide behind the law as a way of not providing termination services," he said.

NSW is one of two remaining states in the country where abortion is unlawful, the other is South Australia.

Queensland parliament voted to decriminalise abortion 50 votes to 41 in October last year. Under the changes, abortion will be removed from the criminal code and made a health issue, allowing women to terminate pregnancies up to 22 weeks' gestation.

Dr Goldstein said in the six months since Queensland has voted to decriminalise abortion, more doctors are providing the service.

"We are already seeing in Queensland, the public health sector providing more access to abortion services," he said.

The NSW parliament did vote in favour of safe access zones outside abortion clinics last year - becoming the fifth state to make it illegal to communicate, film or intimidate a woman near a NSW abortion clinic.

Ms Davies was appointed as minister for women in 2017 and announced she is "pro-life".

Abortion is the only criminalised listen medical procedure in Australia and its legality is patchy across the country.