Women working inside the Canberra bubble are well aware of the stories of inappropriate behaviour by some of their male colleagues. But for things to change, we need real diversity.

As a young woman who has been interested in politics for a while, I knew very well the open secret that Australian politics has a deeply entrenched sexism problem. Watching Four Corners this week filled me with grim recognition rather than any sort of shock.

While sexually inappropriate behaviour by politicians is disappointing, it alludes to a larger problem of middle-aged white men ruling the political centre of a country that is far more diverse than they are.

The episode illustrated a culture in Canberra as one of sleaziness and misogyny, where politicians, staffers and media are trapped in a culture of ‘what happens in Canberra stays in Canberra,’ that men in power regularly use to their advantage, to the detriment of young women who are working in their midst.

However the salacious personal lives of parliamentarians, while important when considering their values, do not constitute the main takeaway for young women who watched the broadcast. Rather, young women saw the barriers to our careers in politics, which we already knew existed, writ large for the Australian public. 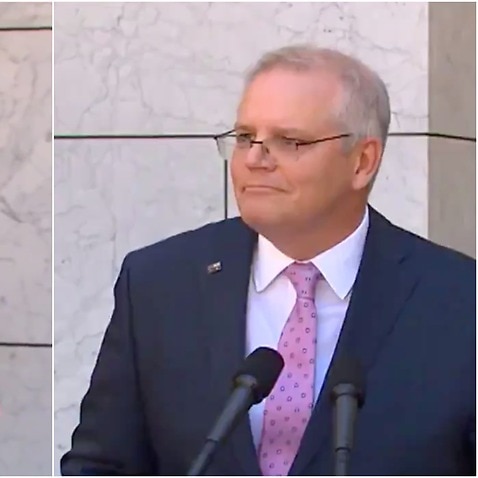 It is no wonder that Plan international Australia’s‘She Can Lead’ survey showed that girls became less interested in politics and leadership roles as they grew older, likely after being disillusioned by the boys-club that characterises both. More than half of the young women who took part in that survey stated that political parties should do more to increase the number of female politicians in their party and in cabinet.

On the surface, this seems like a straightforward task, but considering the fact that women like Rachelle Miller and Kristina Keneally described the bullying, intimidation, and overall acceptance of sexist behaviour as the norm in parliament, it seems there is a long way to go before politics is a truly hospitable environment for women.

The allusions to the types of people who become politicians - silver-tongued debaters, born of privilege and aching for power - are not unfamiliar to me as a university student that watches student politics take place every year.

In my view, the culture of Canberra is built by the men I see as my current peers – who live in colleges, drink heavily, and harass women without consequence or at least, without dealing with consequence. These men ride the conveyor belt from uni politics to Canberra where their ego is inflated, privilege is solidified, and they feel as if they are truly untouchable. When men are able to wield this level of power, it is women who are edged out first - and often young women in particular. The ABC has defended running a Four Corners special on the culture within Parliament House.
AAP

One of the women interviewed in the Four Corners program spoke about the need to ‘act like a man’ and act ‘for the good of the party’ to do well in Parliament. As a result, women who do break the glass ceiling tend to conform to the ideals that are structured by men in order to hold onto their positions rather than take the risk of pulling up other women after them.

The idea is that women should change to fit Parliament, rather than the environment of Parliament altering to be more welcoming of women, and as a result, the field of politics becomes inaccessible to the women who refuse to alter themselves for the sake of success.

Of course, the barriers facing women in politics are more than cultural. There is a deep structural nature to the sexism that occurs in Canberra as well. For example, in some parties, women are less likely to be elected during preselection while men are more likely to be chosen for the party’s safe seats. These are some of the many avenues that need to be explored as Canberra looks to how they can encourage women in politics. Sarah McBride has become the first openly transgender state senator in the US.
Twitter

I would be remiss if I didn’t note that if white women are struggling to be taken seriously and be treated with respect within Parliament, women of colour would find this experience much more difficult. It is clear that this issue of sexism is also linked to a broader representation issue. At present, we have no representation in politics of trans people in the so-called Canberra bubble – including those who do not identify within the gender binary – as we have seen happen in The United States with the election of Sarah McBride and Mauree Turner.

For politicians to be representative of the people whose issues they are speaking for, the culture of white men being the default for political success needs to be shifted. Further, these men cannot continue with the idea that they are above reproach, especially in regards to the way that they treat women.

From the private school boys who shout slurs on public transport to college boys who commit assault, to our own elected representatives, men with privilege in this country cannot continue to be held to a different standard to everyone else.

Once these men realise they are not above reproach and Canberra changes its toxic culture for the better, we will be able to see a political landscape that welcomes women and people of all diversities and allows real positive change to happen in our country.