Students’ climate strike protests are happening across Australia, and organisers believe despite the pandemic it might be their most accessible action. Imogen is one of the organisers of the protests, and she believes a lot more needs to be done for activists of colour in the climate movement.

Imogen Kuah, 18, went to her first student climate change protest two years ago. She’s always cared about the environment but it was only then she realised that government and big organisations can have a much bigger impact on environmental changes.

“I can't just be watching what I do, I have to also be holding them accountable,” Imogen, an organiser for School Strike 4 Climate, told The Feed. 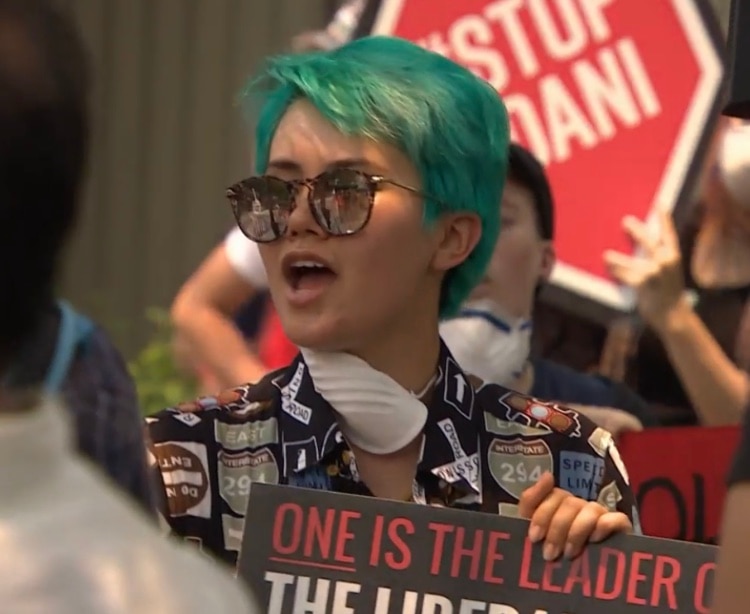 Imogen said of the poll, “This timing is a really good opportunity for us to show that we're actually not okay with that. And we're not going to support it. And we will stand against public funding and  taxpayer money being used in a way that we're not comfortable with, because it doesn't benefit us,” she said.

"That was the first protest I had ever been in my entire life at the time I was 16," she said

Since then she's been to all the major school strikes for climate, and September 2019 she took on her organiser role. 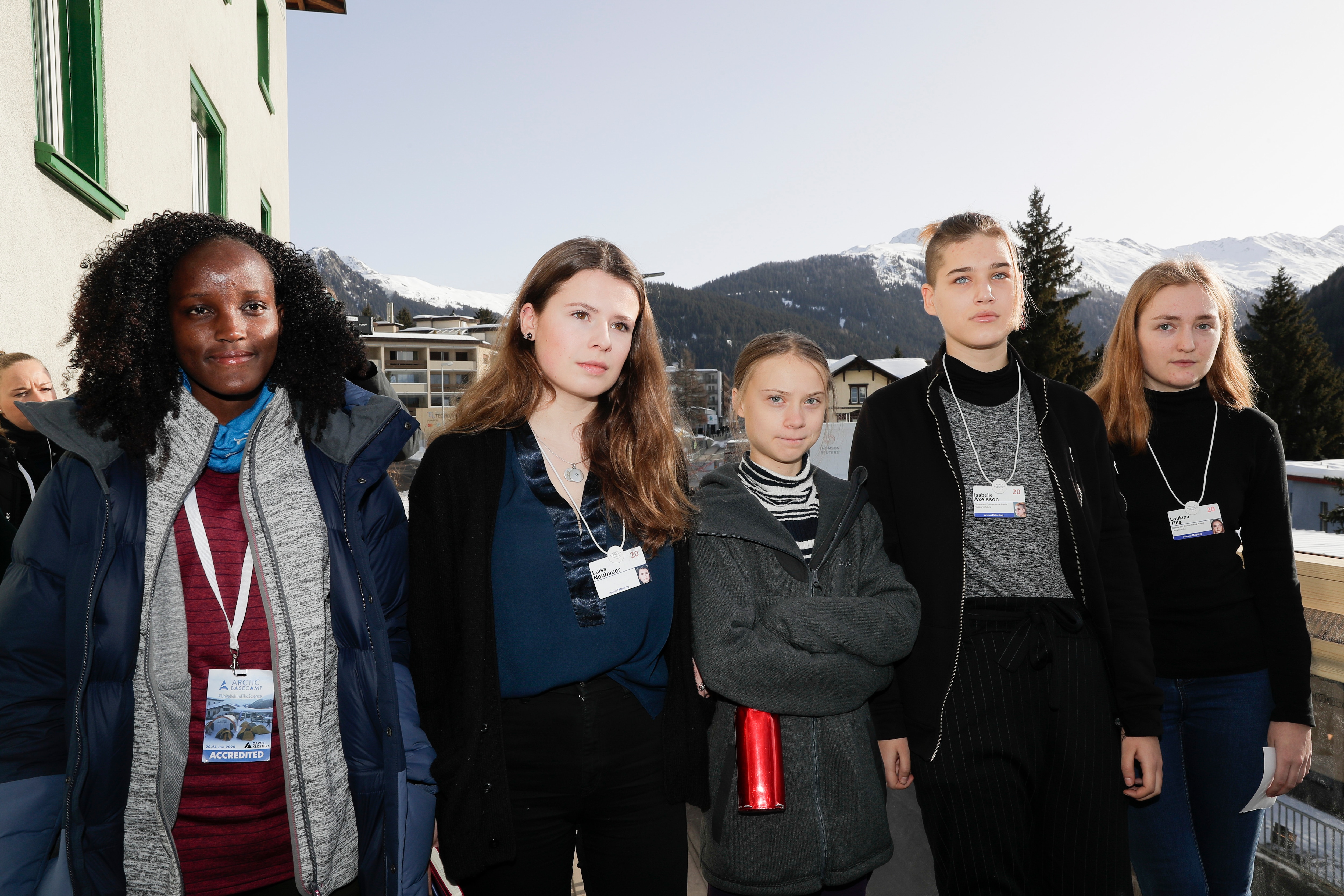 If you look very carefully, you can see where @AP cropped black climate activist @vanessa_vash out of the photo
It might surprise some, but black and brown people being affected by the #ClimateEmergency are also helping to find the solutions too#ClimateCrisis pic.twitter.com/LoEzE81g67

Share if you can
What it means to be removed from a photo! https://t.co/1dmcbyneYV

Imogen remembers that incident and says the climate movement is no stranger to white-washing.

"I think that a lot of us within the climate movement kind of trick ourselves. We're like, 'oh, well, we're progressive, we're not racist, we're not sexist, we're not homophobic'," she said.

The issue, she says, is disheartening to see because she's found the climate movement to be welcoming but at the same time also ignoring "the fact it's super white-washed". Imogen is sad the climate movement isn't "safe from racial bias", and that fact has even led her to question herself in this space. Imogen giving a speech at the Women's march.
Supplied

"But even as a person of color, I still come from a place of privilege, because I have fairer skin. So I tend to feel it a lot less than other organisers of color," she said

"Like I have a bunch of friends who have darker skin than me. And I think that they experienced this racial bias even more than I do, which also makes me feel guilty. But I know that it's not the fault of any individual. It's just a bias that is pre existing, and we need to actively work to break down."

Why this climate strike is the most accessible ever

Imogen is convinced that today's climate strike will be the most accessible protest they've ever organised. There will be over 630 actions across the country with all, she says, following each state's restrictions for gatherings and consulting with local authorities to ensure COVID safe practices are maintained.

"In the past, it's just been a small number of giant actions in some specific locations around Australia. So if you're close to those actions you can attend. But if you live rurally or regionally, you just don't have an option," she said. 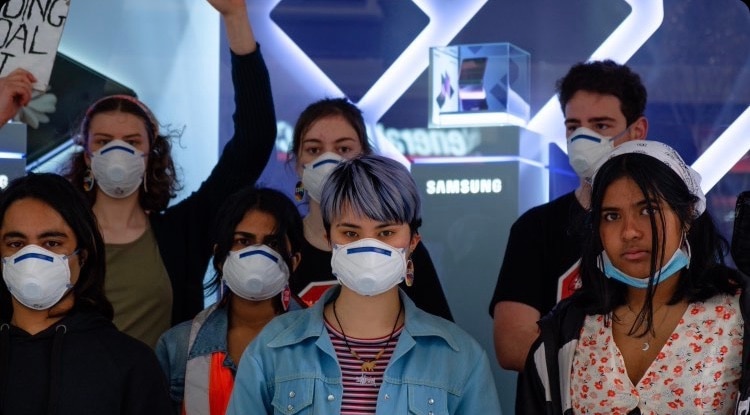 Imogen with a group of youth activists protesting at Samsung.
Supplied

"[For today] we've set it up so that anyone can organise an action. An action can literally be three people in a park with signs doing some chants or like 10 people getting together and taking photos of signs and posting on social media and promoting that.

"So we've tried to format it in a way that anyone can organise their own COVID safe action. And I think that that's something that this pandemic has actually made all of us think about is how do we make things more accessible."