Transgender athlete Erica James became a public figure when she was announced as the face of Cricket Australia’s push for diversity. Notoriety came with intense backlash - including from the Prime Minister.

Erica James never really intended to be the face of Cricket Australia's push for more diversity.

But when the sport's trans and gender diverse inclusion policy was announced, that's exactly what happened.

"I was involved in putting them together - so I was a subject matter expert, having had a lived experience of playing women's cricket as a trans woman."

She plays for a Sydney-based women's team. 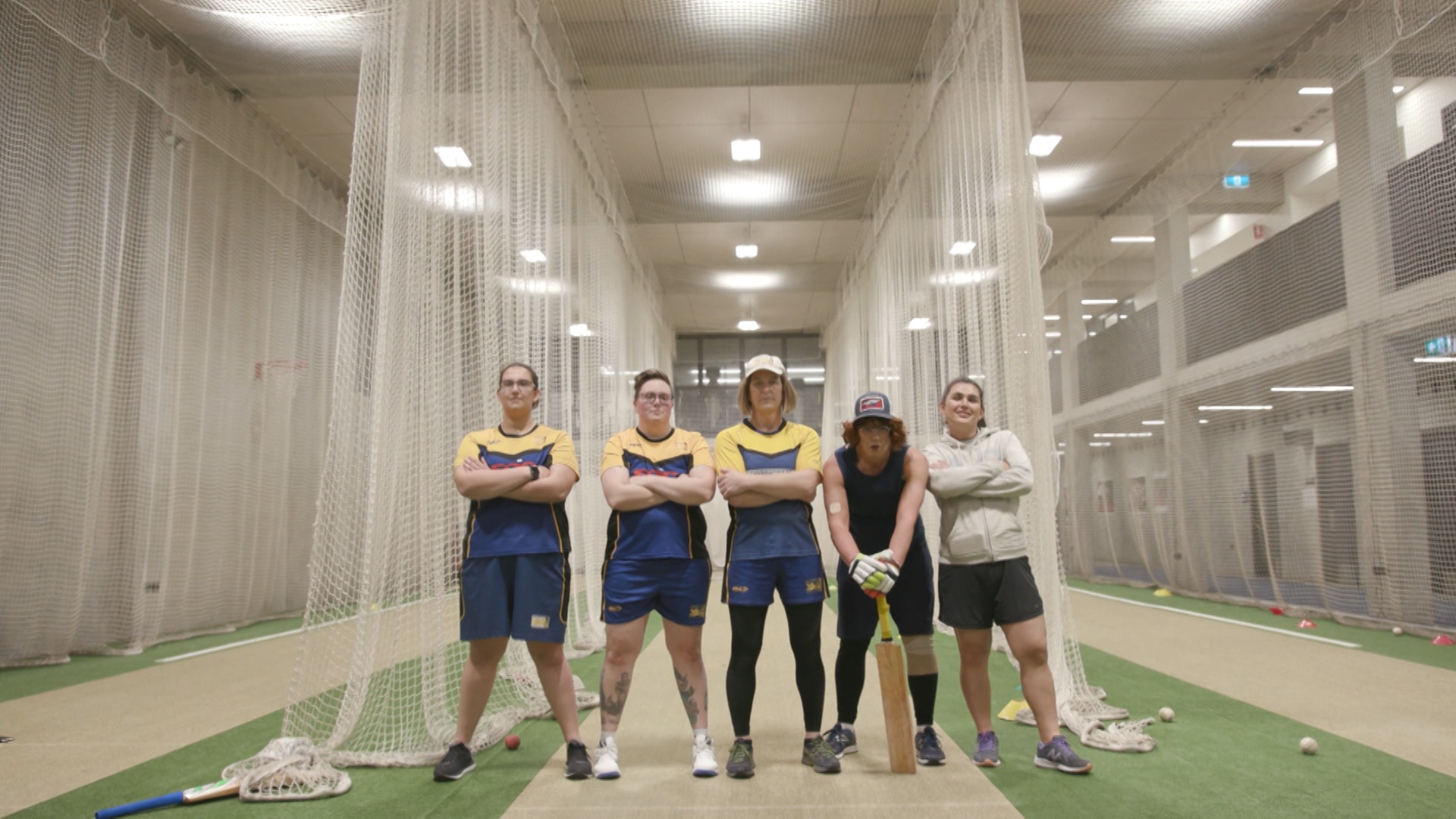 In August this year Cricket Australia launched a transgender and gender diverse policy to ensure the sport is more inclusive. There were two documents, for both community and elite cricket.

The measures were designed to support trans and gender diverse people looking to participate in all levels of the game.

To play at the female-elite level, a player must prove a concentration of testosterone in serum less that 10 nanomoles a litre, for a minimum of 12 months.

For community-level games, guidelines help steer clubs in a way where they can understand what is expected of them to be inclusive.

"So that there's no reason for them to stop trans gender or gender diverse people from joining their clubs or playing cricket," Erica told The Feed.

"The first time I saw the video that Cricket Australia launched with the policy I got pretty emotional," she said.

"The day that we launched it I felt very similarly to the day that same sex marriage was legalised."

Backlash to the policy erupted when the Prime Minister spoke out against it.

Speaking to 2GB, Scott Morrison labelled the new guidelines as 'heavy-handed' and 'mystifying'.

That spurred a raft of online hate, many aiming their attacks at Erica herself. She faced what she describes as a 'bombardment of negativity: labelled a cheat and told she was stealing 'women's spots' in teams. "The kind of things that people have been saying are not overly unexpected," she says - but they did affect her life, and her personal mental health struggles.

On top of that, Erica began to feel unsafe in public - especially on the daily commute to work.

"I kept my eyes down, I didn't want to make eye contact with anyone. I didn't really wanna be recognised."

"I was playing through scenarios in my head about what was going to happen you know if someone got on the train who was one of the people who had been writing these comments."

It's been several months since the launch. Cricket Australia has held firm on the policy.

For Erica, life's gone 'back to normal' - and pre-season training is well underway.

"I am so proud and so excited about the fact that trans people are now getting out there and finding clubs." "[They're] playing a sport that they may have thought that they would never have an opportunity to play."

Erica says being accepted into her club was 'life changing' - and she's grateful to both the club and Cricket Australia for the support during the backlash.

"If I had to give advice to anyone who's on the cusp of living an authentic life but is still hiding, I've just got to say taking the first step may be hard it may be painful but oh my god the other side is incredible.