It's a humanitarian crisis larger than Syria, but the US and the UK don't want your attention on it.

Unlike Syria, the civil war in Yemen rarely makes the evening news.

Looking purely at the numbers, it should be a leading story. 21 million people are in need of humanitarian aid – that's more than the total population of Syria.

The civil war started in late 2014. In September, Zaidi Shia rebels aligned with former president Ali Abdullah Saleh and took control of the capital in an attempt to overthrow the government.

By March 2015, President Abdu Rabbu Mansur Hadi had fled to neighbouring Saudi Arabia. In an attempt to repel the rebel takeover and re-establish a friendly government, a Saudi-led coalition imposed a naval blockade and began pounding the country with airstrikes – using assistance and weaponry provided by the US and the UK.

The Saudis and President Hadi claim the rebels, also known as Houthis, are puppets for Saudi Arabia's regional rival, Iran – but there's little evidence of any firm ties.

"The Saudis were threatened very very directly by the combination of the Houthi and sub-Iranian input," US Secretary of State John Kerry said, "as a result, [they] felt that they had to defend themselves – and we supported their right to do that."

According to the New York Times, the Obama Administration decided to support the Saudis in an attempt to placate their ally after the US concluded the nuclear deal with Iran.

"That fact alone eclipsed concerns among many of the president’s advisers that the Saudi-led offensive would be long, bloody and indecisive," the paper reported.

The human cost so far

Since then, over 10,000 people have been killed and 30,000 people injured in the conflict, according to official figures. In reality, the numbers are likely to be much higher.

At least a third of those casualties are civillians, the UN says.

But battle-deaths only tell part of the story.

The Saudi-imposed naval blockade – backed by the US and the UK – has led to mass starvation and medical shortages.

More than 2 million children are starving. The World Health Organisation says that 82% of the total population is in need of humanitarian aid.

Over 14 million Yemenis are in need of urgent health services and dengue fever and malaria are on the rise.

By the numbers, Yemen – not Syria – is the world’s largest humanitarian crisis.

The World Health Organisation says that 25% of health facilities have shut down due to damage or shortages.

Both sides in the conflict are using hundreds of child soldiers, UNICEF says. International observers such as Human Rights Watch and Amnesty International say war crimes are being committed by both the coalition and rebel forces.

Why don't we hear more about Yemen?

The coalition's blockade has kept many foreign journalists and human rights organisations out of the country, with relatively few outsiders able to gain access. Matthieu Aikins for Rolling Stone had to find a smuggler willing to bypass the naval blockade in a speedboat.

Houthi rebels on the ground are just as hostile to the press, meaning the conflict is often referred to as an ‘invisible’ or ‘hidden’ war.

The US, UK and Saudi Arabia have also been making a concerted effort to keep the messy, bloody conflict off front pages and away from diplomatic attention.

Their coalition forces have been criticised by the UN and rights groups for indiscriminate attacks and war crimes.

The UN Human Rights Commissioner has been scathing.

“It would seem that the coalition is responsible for twice as many civilian casualties as all other forces put together, virtually all as a result of airstrikes,” Zeid Ra’ad al Hussein said. “They have hit markets, hospitals, clinics, schools, factories, wedding parties – and hundreds of private residences in villages, towns and cities."

"Despite public promises to investigate such incidents, we have yet to see progress in any such investigations," he said.

In fact, the US and the UK have worked actively to avoid scrutiny.

At the last minute, and without warning, both countries withdrew support for a resolution put forward by the Netherlands to establish an independent inquiry into the conflict. The resolution had also called for the warring parties to allow humanitarian access and the importation of fuel and food.

France, the US and the UK instead lined up behind a Saudi counter-proposal which sidelined the Human Rights Commissioner and proposed an inquiry run by the exiled Yemeni government – their allies in the conflict.

The Netherlands was forced to withdraw its proposal.

"We believe that the council speaks most powerfully when unified so we are working with all parties to find a consensus solution," US Ambassador Keith Harper told the Associated Press via text message prior to his country's withdrawal.

The diplomatic pressure hasn't been limited to the Human Rights Council.

In June this year, United Nations Secretary General Ban Ki Moon claimed that Saudi Arabia strong-armed the UN into removing the Saudi-led coalition from a list of violators of children rights in the annual Children and Armed Conflict report.

The document heavily criticised Saudi Arabia and its backers for attacks on civilian areas, holding them responsible for the majority of nearly 2,000 children killed and injured. Saudi Arabia threatened to pull funding and said others could follow.

“The report describes horrors no child should have to face,” the Secretary-General told reporters. “At the same time, I also had to consider the very real prospect that millions of other children would suffer grievously if, as was suggested to me, countries would defund many U.N. programs.”

Ministers in the UK have said they have been assured by Saudi Arabia that no British weapons have been used in attacks against civillians, but rights groups remain unconvinced.

“The British government’s claims about the conduct of its ally Saudi Arabia in Yemen are self-serving and disingenuous,” said David Mepham, UK Director for Human Rights Watch said.

A couple of weeks ago, official corrections had to be run after multiple MPs confidently asserted that international law had not been broken by the coalition they have been supporting.

The corrections came a full five months after the original statements.

Observers have said that the West is undermining its credibility through its support for the Saudi-led coalition. They've opened themselves up to accusations of hypocrisy for criticising Russia's bombing campaign in Syria while remaining silent on Yemen.

“While the U.S. has highlighted the toll of Russian bombs in Syria, it has been less willing to criticise Moscow’s use of cluster munitions,” Samuel Oakford writes in Politico.

Banned under the 2007 Convention on Cluster Munitions, the indiscriminate wide-scale bomblets often become de facto landmines. Human Rights Watch says they have evidence that cluster munitions deployed by Saudi-led forces in Yemen were made in the USA.

Meanwhile, the US and UK say they've sought assurances from Saudi Arabia that war crimes aren't being committed. They claim that without their guidance and targeting assistance, civilian casualties would be even higher.

Inexperienced Saudi pilots were too fearful to fly close to their targets, so unleashed bombs from high altitudes, according to the New York Times. American advisors encouraged the pilots to fly lower and reduce the risk of missing targets and hitting civillians, the paper says.

What has been achieved?

But perhaps the most damning aspect of the intervention in Yemen is that for all the bombing, blockades and suffering – little by way of security or stability has been achieved.

Saudi Arabia aimed to repel violent rebels and re-establish a friendly government. They feared a new rebel government would align with their regional nemesis, Iran, giving their rival an ally right on Saudi Arabia’s doorstep.

But for all their efforts, they appear to have failed. Rebels still control large parts of the country, including the capital, and they recently declared their own alternative government.

For the US and the UK too, the conflict is far from a success.

Yemen was the site of al Qaeda’s first attack in 1992, and later the deadly bombing of the USS Cole in October 2000. For years, the US and the UK had been working with the Yemeni government to target terrorists with drone-strikes.

But in the chaos of the civil war and Saudi Arabia’s intervention, al Qaeda in Yemen seized control of territory in an ISIS style land-grab.

Reuters reports that the group was able to operate a “mini-state” with control of the country’s third largest port and $100 million in looted bank deposits. The racket’s now been cleared out by Yemeni troops, but the group remains empowered and emboldened.

ISIS has also established roots and carried out attacks in the instability.

From the statements of former US diplomats and American politicians, it would appear that many now question Western support for the Saudi intervention in Yemen.

"I have a hard time figuring out what the US national security interests are,” said US Senator Christopher Murphy, a Democrat on the Foreign Relations Committee.

“The result of the coalition campaign has been to kill a lot of civilians, has been to sow the seeds of humanitarian crisis, and to create space for these groups - these very extremist groups that we claim to be our priority in the region - to grow," he told US Secretary of Sate, John Kerry, in a February committee hearing.

Chas Freemen, an outspoken former US ambassador to Saudi Arabia, is also sceptical.

“I don’t think you can restore a government, especially an unpopular one, from the air, and I don’t think the use of force in this matter does anything but create long-term enmity,” he said. “A friend would counsel the Saudis that this is really not in their interest."

In recent months, the US and the UK have been increasing pressure on Saudi Arabia to show more restraint, and to seek a negotiated political solution to the crisis.

A shaky ceasefire is holding – despite daily violations – and the warring parties have been meeting in Kuwait in an attempt to reach a permanent solution.

While the US and UK are pinning their hopes to an outcome to end the conflict, the stakes are far higher for the millions of Yemeni’s who’ve suffered under a cruel, indiscriminate and all too invisible war.

The deadline for an outcome is this Sunday. 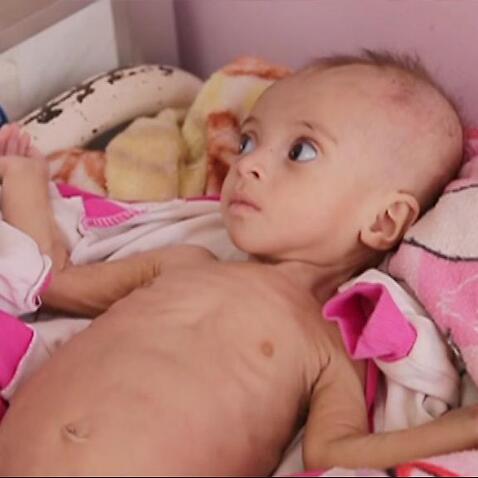 US worries Russian humanitarian operation in Syria may be 'ruse' 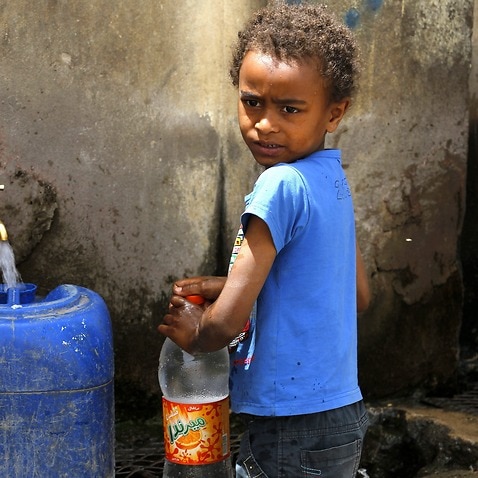