Research suggests the lives of people with Down syndrome tend to go well. Why then, asks Dr. Chris Kaposy in this New York Times opinion piece, do parents overwhelmingly abort when their unborn child is diagnosed with the condition?

My wife’s ultrasound turned up something abnormal in the baby’s heart — an otherwise innocuous feature that correlates with genetic conditions such as Down syndrome. A series of tests confirmed that our son indeed had Down syndrome. We were given the option of abortion, but my wife, Jan, already regarded him as our baby, and a few months later Aaron was born.

The first days after the diagnosis were hard. We thought about our son’s future, and our future. We went through a period of grieving. But we soon came to accept that Aaron would have Down syndrome, and to accept him as a member of our family. By the time Aaron was born, it was a joyous occasion. Today, almost nine years later, Aaron is an affectionate boy with blond hair and a crooked smile. He is passionate about hockey (we’re Canadian after all) and about animals. If he could grow up to be anything, he would probably be a veterinarian.

It may seem that those of us who choose to have children with Down syndrome are either irresponsible or saintly.

Many parents make a different choice. In the United States, an estimated 67 percent of fetuses with prenatally diagnosed Down syndrome are aborted. In Canada, the rate could be even higher, though there aren’t any reliable studies on it. This has become a front in the American abortion-rights debate, and bills have been passed in North Dakota, Ohio, Indiana and Louisiana (and introduced in Utah) that make it illegal for a doctor to perform an abortion because of a positive prenatal test for Down syndrome. OPINION: People with disabilities have the same right to be parents as everyone else

My wife and I are pro-choice and oppose placing limits like these on abortion. Nonetheless, I wish more people would include children with Down syndrome in their families. For this to happen, we don’t need new laws; we just need more people to choose to have such children.

I understand the emotional turmoil that a prenatal diagnosis can bring. But after parenting Aaron through difficulties and joys and seeing the curiosity and delight he brings to our lives, I wonder why more people do not choose to bring children like him into the world.

People with cognitive disabilities are, of course, commonly subject to ridicule, even by political leaders. I don’t mean just President Trump — President Barack Obama once made an offensive joke about the Special Olympics (he apologized). People with Down syndrome have tried to counter bias against them by speaking out about how they contribute to their communities. But acceptance in our communities seems scarcely possible without acceptance into our families.

Having a baby with Down syndrome may seem too demanding to some prospective parents. It may seem that those of us who choose to have children with Down syndrome are either irresponsible or saintly. From my experience, however, such parents tend to be utterly normal and levelheaded people.

Research studies tell us that the lives of people with Down syndrome tend to go well.

So why is there such reluctance to have children with Down syndrome? One explanation shows up repeatedly when parents recount the early days after receiving their child’s diagnosis. They feel a sense of loss because they no longer dream that their child will get married, go to college or start a family of their own one day — in other words, that they will not meet the conventional expectations for the perfect middle-class life. In fact, some people with Down syndrome do accomplish those things. Nonetheless, hopes and dreams of perfection might be a strong motive for parents to choose abortion.

After the initial phase of grief, however, parents of children with Down syndrome tend to leave behind concerns about perfection, and embrace a new outlook that values acceptance, empathy and unconditional love of their children. And researchers note that those parents feel pride in their children.
READ MORE 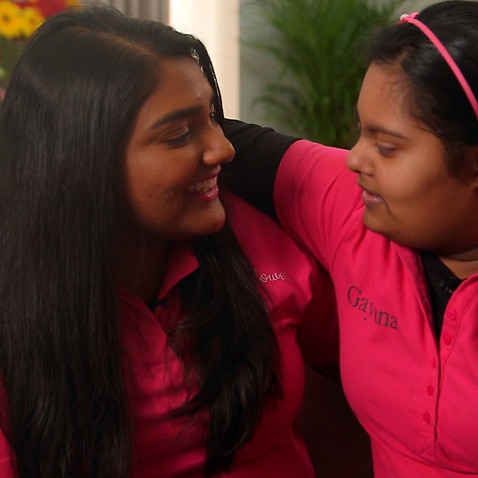 Working with Down Sydrome: “Gayana’s role is to deliver the flowers with a hug."

Perhaps the question to ask is: Why do we have children at all? Most parents would agree that it is not only so that they can replicate a conventional arc of a successful middle-class life: college, marriage, real estate, grandchildren. If those are the reasons to abort fetuses with Down syndrome, they seem disappointing — they are either self-centered or empty in their narrow-minded conventionality. Aaron will probably not become a veterinarian, and that’s O.K. Childhood dreams often harmlessly go unrealized. He could still get a different job working with animals, and that would make him happy.

Prenatal tests enable our capacity to choose, to some degree, the children we will raise. And those who are pro-choice typically embrace this autonomy in reproduction.

But the concept of autonomy can be understood in different ways. In one sense, it simply means being free to choose, without infringement by the government. But, in a richer sense, it means choosing in accordance with one’s own values.

If you value acceptance, empathy and unconditional love, you, too, should welcome a child with Down syndrome into your life.

Chris Kaposy (@ChrisKaposy), an associate professor of bioethics at Memorial University of Newfoundland and Labrador, is the author of “Choosing Down Syndrome: Ethics and New Prenatal Testing Technologies.”