Sumo: to most people it’s just big blokes in big g-strings. Many don’t realise the Australian sumo scene is alive and slapping.

There are three weight divisions in amateur sumo: light, middle and heavy weight.

Mark and Leo make up the New Zealand sumo team and both lads are heavy weights, with Mark clocking in at 250kgs.

To make weight, Mark has to consume 10,000 calories a day: that’s roughly one kilogram of beef, two kilograms of taro, 20 eggs, one loaf of bread and one kilo of bananas. 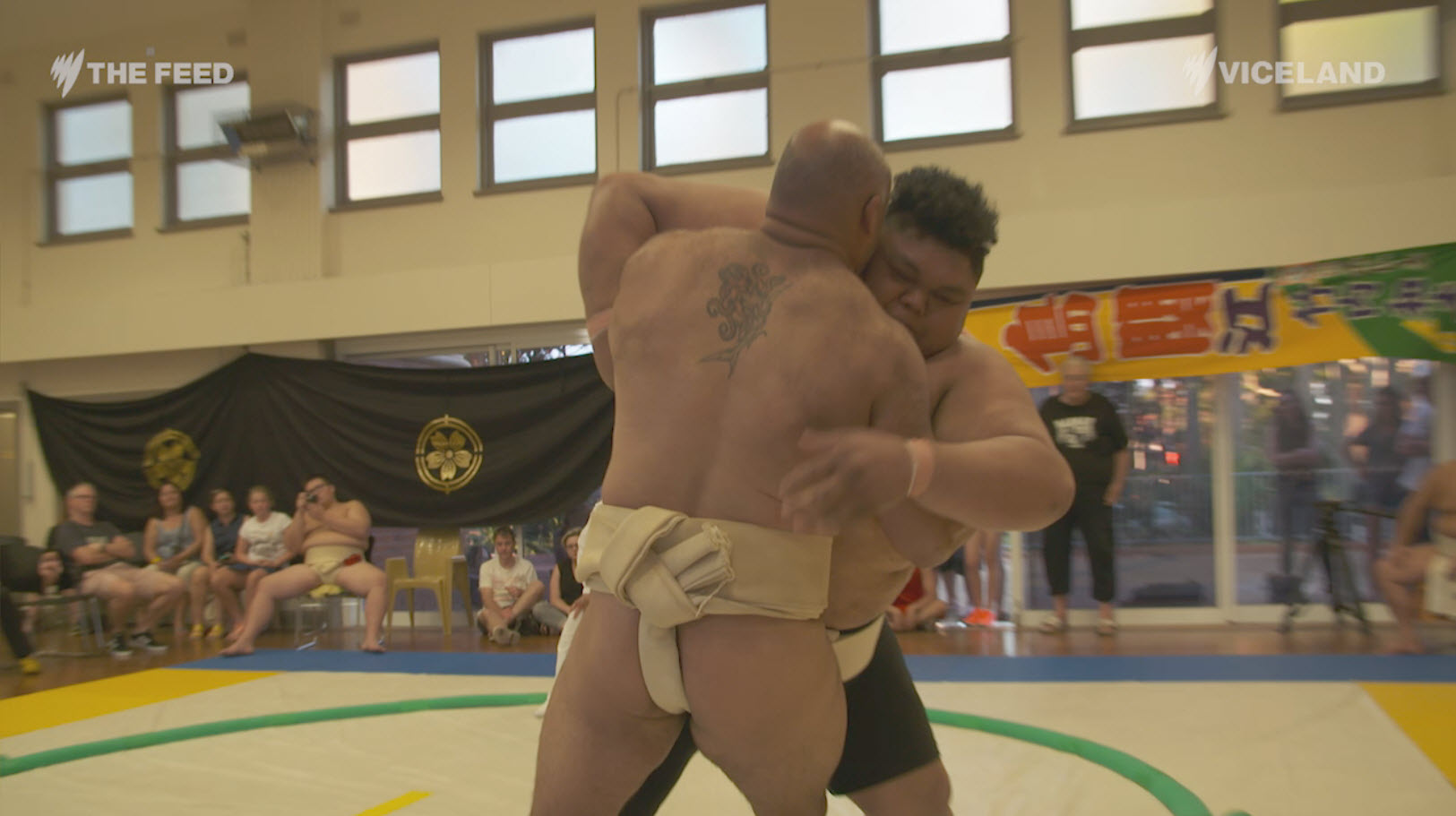 The New Zealand sumo wrestling team are some of Australia's biggest competition.
Supplied

A standard breakfast? That’s about six eggs, toast and bacon.

“On the whole, most Polynesians they don’t try to get big, really, they just get big,” says sumo wrestling coach Martin.

Which would explain why the most successful sumo in Australia is Polynesian. Minami originally comes Tonga and sumo wrestling runs in his family. Minami is Australia's most successful sumo and attempts to give The Feed producer Will Reid some tips.
Supplied

In fact, Minami is so good he refuses to enter any serious sumo bouts in Australia.

“I haven’t seen anyone that have the same skills as what I have.”

Minami says one of the biggest misconceptions about sumo is weight, after all, “size is just a number”.

“If they get to know more about the sport its not really about the weight, if you have like the balance and the technique, skills, speed you can be impossible to beat." 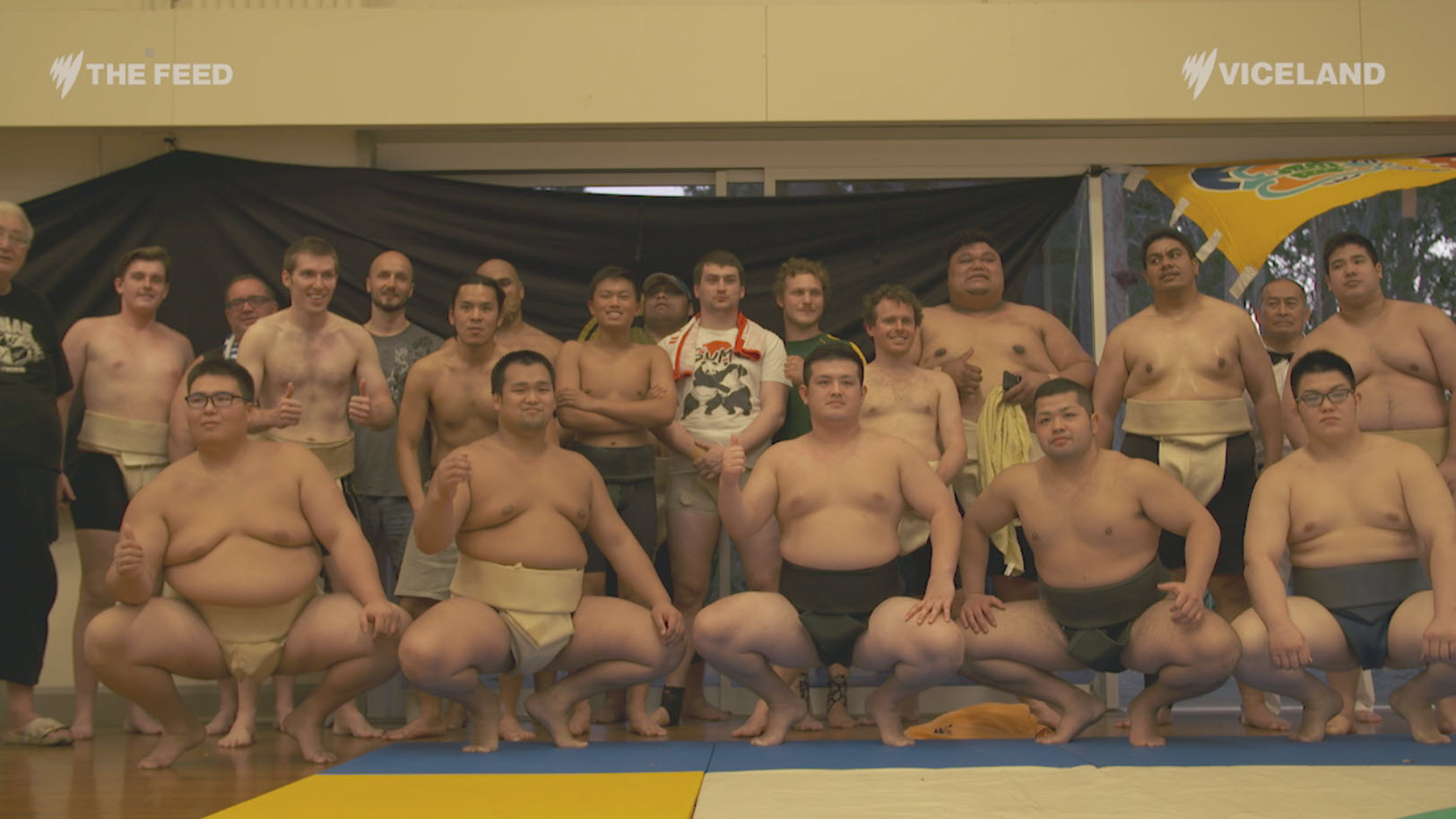 The mantra for sumo athletes is "fit not fat".
More sumo 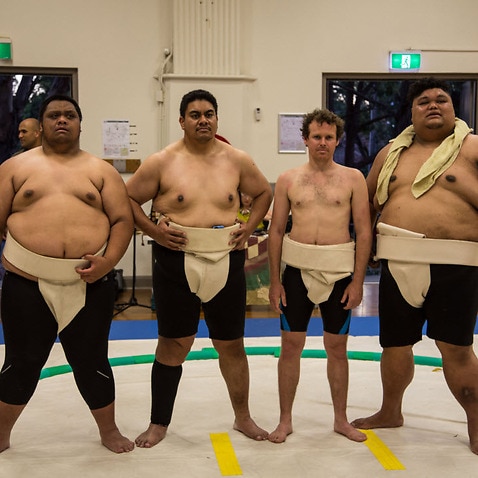 Comment: How a 75kg white guy became a sumo 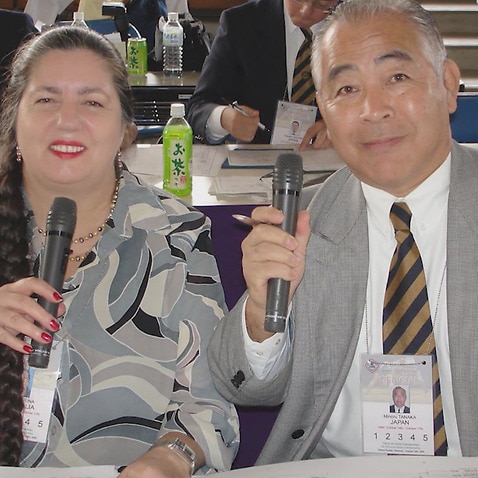 Meet the female Richie Benaud of the sumo wrestling world