At 18, Afghan-born refugee Kbora Ali made a ground breaking decision: the joined the army.

Kbora Ali arrived in Australia in 2007, aged nine. Her family had spent three years in a refugee camp in Pakistan after fleeing their native Afghanistan in **** as a result of violence against ethnic Hazaras.

"It was quite a different environment; I was really homesick for the first five, six months,” she admitted.

Culture shock returned to her this year as she entered training for the Australian Army.

“The first day I will never forget,” said Kbora. “At first I thought it was the wrong decision. I doubted myself the whole week and it was very hard to accept the challenge ahead of me, and being with new people from all of Australia that I didn’t know, get used to them, accept them as part of my new family.”

“It was hard to transition to such a culture shock of waking up early, being told what to do.”

Despite speaking no English when she arrived in Australia, Kbora excelled academically, receiving three dux awards al school and earning an ATAR of 97.5.

She had a job offer to go into real estate; a placement at Flinders University to study optometry; and an offer to join the army.

Fearing a lack of support, she waited until three days before basic training before breaking the news to her parents.

“I was scared they wouldn’t accept my decision,” Kbora recalls. “I was the youngest child, the only daughter who made a very different decision. All my sisters, they’re going to uni … it’s a pathway that was very new in our family, especially.”

“In our society, the girl doesn’t go out,” her mother, Shereengul said. “I was concerned about what people will say.” 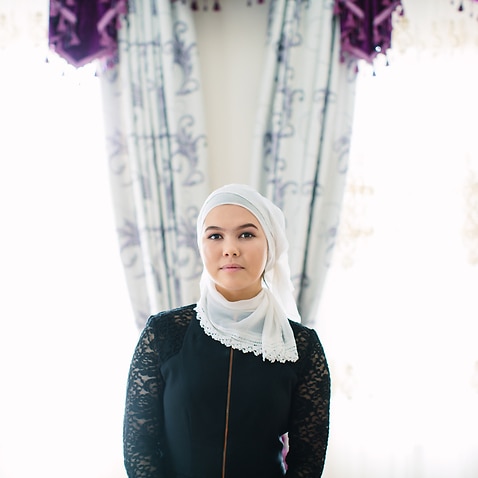 Despite initial hesitations, her family encouraged her to press on when Kbora struggled with basic training.

“Sometimes I hoped for a shoulder to cry on, the first week was hard,” she admitted. “I did cry, I admit, but everyone goes through that phase saying, ‘it’s hard but we can all get through it’.”

“When she started her training she called me,” her father recalled. “She said she missed us and was crying. I told her, ‘Well now you’re there, don’t miss us. You didn’t listen to me, so you should stay there. It’s one issue you went; it will be 1000 issues if you come back and quit. You have to be patient.’

“I told her this because I wanted her to achieve what she wanted. I didn’t want her to become defeated.”

“[I listened] to my dad saying how he sacrificed everything from his life being away from his family,” remembered Kbora. “He said, ‘I came to Australia, I didn’t speak any English, I worked alone for seven years picking oranges. If I can do it, you can do it as well.’”

“That was definitely a boost in motivation. Every time I wanted to give up, I remembered him saying that and it really helped me to work harder.”

In April of this year, Kbora completed her 80 days of soldier training and was welcomed into the Australian army. Her parents, sisters and community have shown their support and pride in her trailblazing efforts.

“I just think, especially being a girl, pursuing a career that not many can achieve because of the language barriers, it’s just something new that my community has been opened up to,” she said. “Like wow, Afghan girls can join the army.”