The self-help industry is now a multi-billion dollar market, with life coaches across the globe promising to make us better versions of ourselves. But is the world of self-help doing more harm than good?

The self-help industry is now a multi-billion dollar market that has seized on the old adage: ‘there’s always room for improvement.’

Right across the world, life coaches have come up with different tips and tricks to seemingly make us into better versions of ourselves.

But do they work?

Is it as simple as picking up a self-help book and trying really hard to be different?

If you wanted to change something core to who you are, like your personality, is it actually possible to deliberately change it?

Associate Professor Carolyn MacCann from The University of Sydney says your personality continues to change over the course of your life.

“It's definitely not the case that personality is set in stone,” she says.

Dr MacCann says your personality is influenced by both nature and nurture, meaning your parents will pass on some of your traits, but then life events like your first heartbreak will have an impact too. 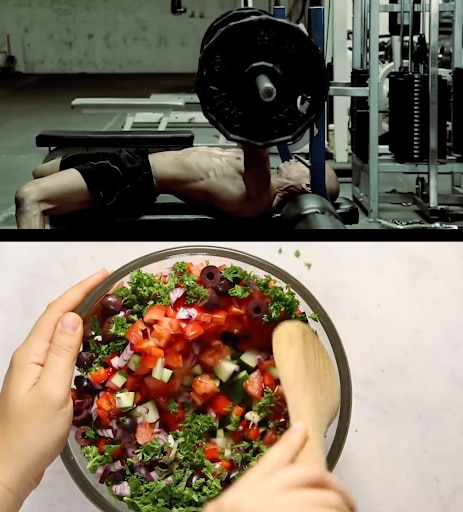 A stock image of someone mixing a salad.
Getty

Psychologists tend to agree that people can be defined by five major personality traits which fall under the acronym:  OCEAN; Openness, Conscientiousness, Extraversion, Agreeableness and Neuroticism.

Associate Professor Luke Smillie from The University of Melbourne says those broad categories help define the many differences between all of us.

“There’s probably such an infinite number of ways in which you can describe psychological differences between people, and the big five helps make that vast array of differences more manageable to work with.“

He says that just like there’s no specific height to define tall or short, there's a huge range when it comes to personality traits.

“Personality varies by degree rather than kind. So it's what we call continuously distributed. So everyone's on some kind of spectrum, “ Associate Professor Smillie says.

Dr Smillie conducted a study that included a bunch of different people taking part in outgoing, social behaviour over the course of a week.

What he wanted to know is, would the solitary and reserved types be able to fake their way to becoming more outgoing?

The study found that while the more extraverted people had a great time,  the more solitary types were left feeling drained, irritable, and like they weren’t being genuine to themselves.

“They may have even experienced some costs in terms of they reported increased feelings of tiredness and feelings of inauthenticity. Being in a kind of state where you don't really feel like you're acting true to yourself, which makes complete sense,” Associate Professor Smillie says.

That experiment lasted just one week, so perhaps a few days of acting the part won’t change your personality. But what about over the long term? An illustration of an extraverted pair vs an introverted pair
The Feed/ Pat Forrest
Associate Professor Carolyn MacCann from The University of Sydney says it’s a difficult mission to deliberately alter your personality, but it’s not unheard of.

“People can change, but not easily. It takes either a lot of external situational change or a really large amount of internal effort and will and time and energy people can't change easily.”

Associate Professor Carolyn MacCann says trying to change something like your personality, which is core to who you are, can actually be damaging.

“It becomes a bit of a dangerous assumption that we can change anything about ourselves,” she says.

“The issue that I'm thinking of, is people who are neurodiverse and attempting to manage within the school system or the employment system where this attitude of you can change if you choose to is really damaging for them.”

“I could easily become more extraverted at work, particularly if I was focused on sort of really specific behaviours. But if I'm going to try and target the whole of my life for a much bigger, broader personality domain, that's going to be much more difficult.”

Changing a habit or behaviour is one thing but when you’re grabbing a self-help book in order to change a personality trait be sure to read the fine print.

If the pages are promising to change you into a whole new person, it may just end up bringing you more harm than good, Dr MacCann says.

“ It's going to change their confidence. And it's going to be an important change for them in terms of how they can achieve their life goals and things that they do.