Victim-survivors are calling on the government to engage those with lived experiences of family, sexual and domestic violence in the next National Action Plan and Women's Safety Summit.

A collective of 30 victim-survivors and advocates say they have been excluded from the National Action Plan and Women’s Safety Summit, despite their expertise and lived experience.

Advocates from across the country have urged the government to engage victim-survivors of domestic, sexual and family violence (DSFV) in the next national plan.

“While we are aware that professionals and experts have been sought out and consulted, they are not [a] substitute for our own expertise and do not speak for us,” their letter reads.

“Substantive consultation with a broad range of victim-survivors... will identify opportunities, gaps and unintended adverse outcomes that only those with lived experience can identify.” The National Action Plan is a long-term strategy that sets out measures to reduce gendered and family violence.

Part of the consultation process is the Women’s Safety Summit which features keynote addresses, panel discussions and a series of roundtables.

Childhood sexual abuse survivor Lula Dembele was one of the contributors to the letter. She said the advocates have two main requests.

The first request is the establishment of a Victim Survivors Expert Advisory. The second, for the government to engage victim-survivors across primary prevention, early intervention, crisis and recovery responses.

“The optics tell us that we're not seen as integral to this work, that they're quite happy to take a paternalistic position and make decisions for us, without hearing from us,” Ms Dembele said. Thousands gather during the Women's March 4 Justice in Sydney, Monday, March 15, 2021.
AAP Image/Dean Lewins
She said it’s essential that victim-survivors from across the board are engaged in all stages of the design and production of the National Action Plan.

“It’s a really big piece of work and it sets the agenda for the next 10 to 20 years of where we're going to focus and invest money on reducing violence against women and their children,” Ms Dembele said.

“We need to be working with your target audience. You need to understand the barriers that women's lives include that limit the effectiveness of responses so far.” Grace Tame pictured in the crowd at a rally in Hobart on 15 March, 2021.
SBS News
Australian of the Year and sexual abuse survivor, Grace Tame, is a panellist at this year’s Summit. While Ms Dembele believes Ms Tame’s presence is a step in the right direction, she said a wider range of victim-survivors should also be included in the program.

“And she shouldn't be asked to speak to those things because they're not hers to share,” she added.

“All of us need to be able to sit there and provide them with the insights, the nuances and the understanding.”

Another contributor to the letter is Dhanya Mani, a former Liberal staffer in the NSW government who alleges she was indecently assaulted by a colleague in 2014. Former Liberal staffer Dhanya Mani
The Feed
After going public with her story in 2019, she received an overwhelming number of complaints from other women who worked in politics. She then appealed to the prime minister’s office for an internal party process to deal with complaints.

Ms Mani said she was called by the PM’s principal secretary Yaron Finkelstein, who told her to report the incident to the police.

A spokesperson for the Morrison Government told ABC’s 7.30 in a statement that Mr Finkelstein “encouraged Ms Mani to report to the relevant authorities any matters she deemed serious or that may have been a crime.

“In regards to her own claim, Mr Finkelstein undertook to contact the NSW Premier's Chief of Staff to convey her views, which he did."

There has been a renewed pressure on the government to address issues of sexual harassment and violence after Liberal staffer Brittany Higgins alleged a co-worker raped her in Parliament House. 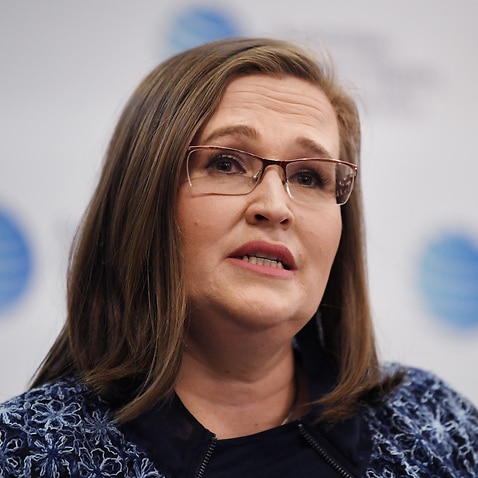 “One of my greatest regrets was that I wasn't able to be listened to [by the government],” Ms Mani said.

“My hope was that the work that I was doing would succeed to a point where they didn't need to be a Brittany Higgins, who was pulled through the mud and is still going through so much.”

Ms Mani said there are many gaps that remain in our understanding of what domestic violence actually looks like. She believes this is why it’s vital to hear from a diverse range of people.

“I think it's an important cultural moment of realisation in our society,” Ms Mani said.

“I think that the function that an advisory group has is to recognise and bridge that gap...to elevate women… by making sure that their voices are part of these conversations.” Ms Ruston said the government is "working hard to ensure all victim-survivors who want to contribute can do so and encourages participation in a new public survey."

“We have reached out to the letter authors and are working with them on how they can participate in the Summit and consultations," she added.

Ms Ruston said, “the voices of women who have experienced family, domestic or sexual violence are absolutely critical to the development of the next National Plan.”

She said the government has partnered with Monash University, which is currently developing a “dedicated consultation” that will facilitate around 30 interviews with victim-survivors.

“This will contribute to our broad-ranging consultation including a public survey, the Parliamentary Inquiry, targeted workshops and interviews and through the upcoming National Summit on Women's Safety.”

Ms Ruston said the government is "working hard to ensure all victim-survivors who want to contribute can do so and encourages participation in a new public survey."

“We have reached out to the letter authors and are working with them on how they can participate in the Summit and consultations," she added.

For Ms Dembele, the requests of survivors are not unreasonable and shouldn’t be put into the ‘too hard basket’.

“It’s all completely doable,” she said.

“What we're asking for will deliver better outcomes for women, for children, for the Australian society.”