The traditional Chinese medicine ejiao is made from boiled donkey skin gelatin and has been used for centuries to assist with a raft of health conditions. While some doctors say these claims are not supported by clinical evidence, the product’s popularity has Australian farmers wanting to meet the market demand.

At a farm in Far North Queensland, Tex McGrath starts up his quad bike and heads out to the paddock to feed his donkeys.

He’s been a donkey musterer for the last eight years and has travelled across regional Australia to catch wild populations.

“We mainly muster the feral donkeys,” he tells The Feed.

“Some of them have never seen man, so their table manners are a little bit ‘how ya going.’”

According to the Department of Agriculture, there are millions of feral donkeys in Australia.

“We go to the Northern Territory, that’s the main place for them and they just run wild over there. Australian farmers are cashing in by selling donkeys, which are used in Chinese medicine.
The Feed
Although Mr McGrath sells some of his donkeys as companion animals, he says the profitable side of the business comes from an unusual source.

“We sell them to other companies who then process them for ejiao, which is the donkey fat, and they take them over to Hong Kong.”

The donkey’s skin is a highly lucrative product, with demand for it driven by the traditional Chinese medicine market.

Traditional Chinese Medicine practitioner Michelle Li says the product has been used for thousands of years.

“It started off with the emperor’s wives using the ejiao for cosmetics and to help with anti-ageing,” she told The Feed.

“The gel [from the skin of a donkey] is dissolved in a large pot and then the substance is sifted and concentrated to become the congealed hard gel as a result.” 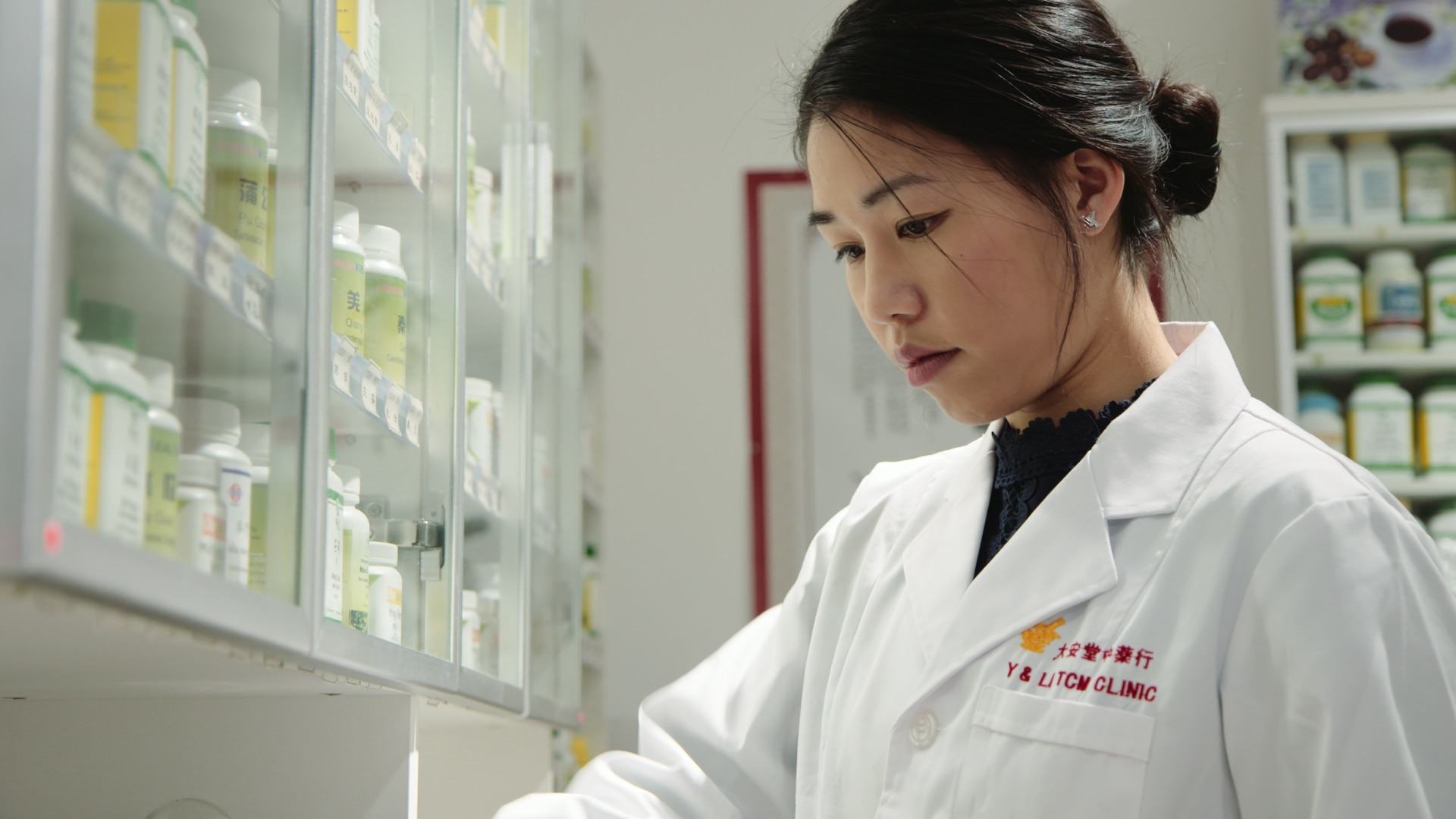 “Ejiao has a wide range of health benefits, including helping with heavy periods, women’s miscarriages, fertility and reproductive issues,” she said.

“It is quite good with tonifying the blood, so it can also be good for people who have anaemic conditions and can also help with increasing libido.

“Ejiao can also help prevent and ease the signs and symptoms of some cancers such as leukemia [and] can help with relieving people undergoing chemotherapy as well.” 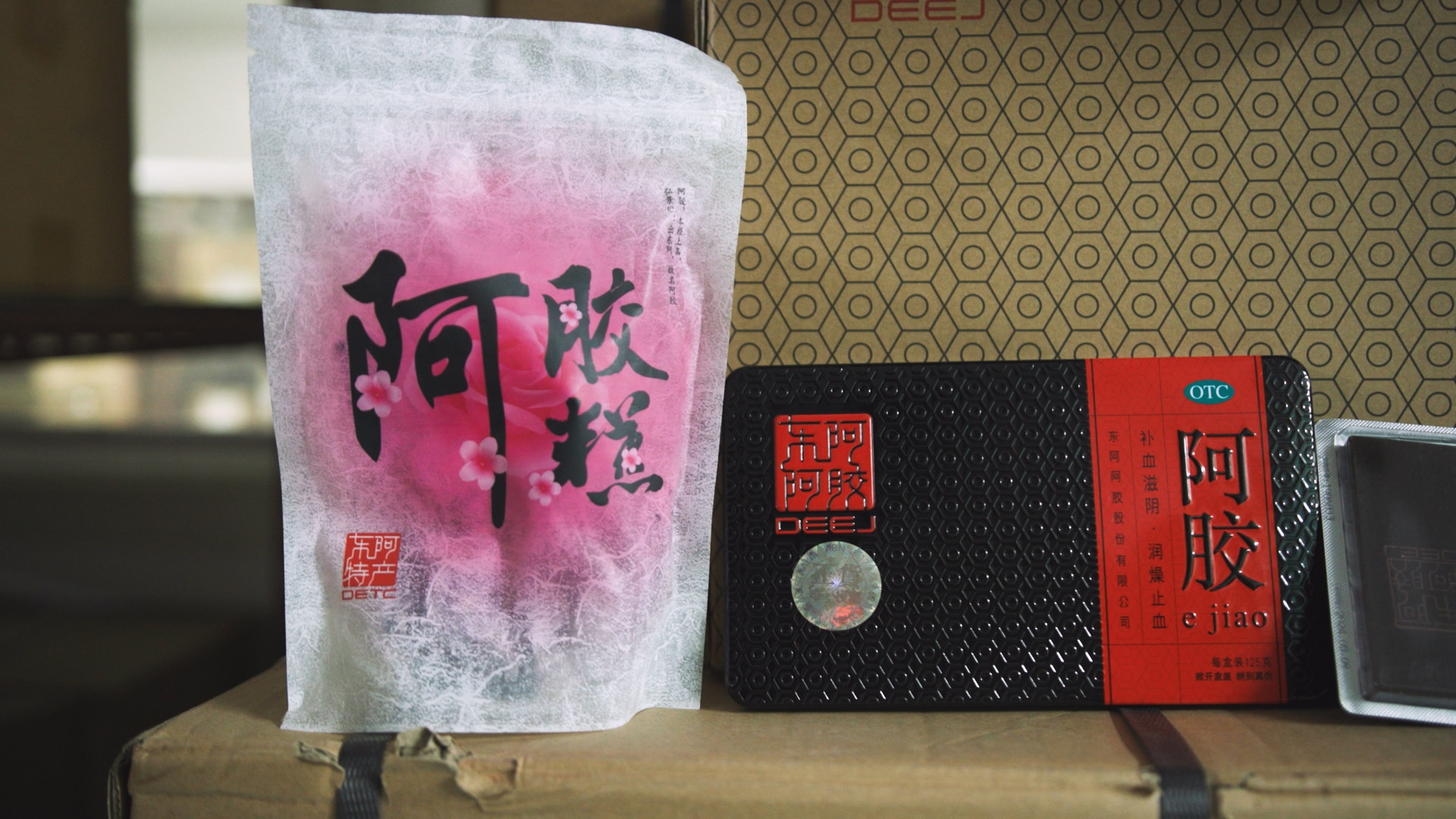 Ejiao is not currently approved for use in therapeutic goods in Australia.
The Feed

According to the Therapeutic Goods Administration (TGA), ejiao is not currently approved for use in therapeutic goods in Australia.

They stated, “In order for ejiao to be permitted for use in therapeutic goods in Australia, the Therapeutic Goods Administration would first need to conduct a pre-market evaluation of ejiao for safety and quality.”

May Dodd has owned a donkey shelter in rural Victoria for over 20 years, dedicating her life to the welfare of donkeys. She is also a doctor.

“From a medical point of view, there is no evidence that these cultural remedies have any validation at all,” she told The Feed.

“This has had no research and I mean, certainly as a doctor, I wouldn’t be prescribing the gelatin as a treatment for anything.

“The chances are it does absolutely nothing.” 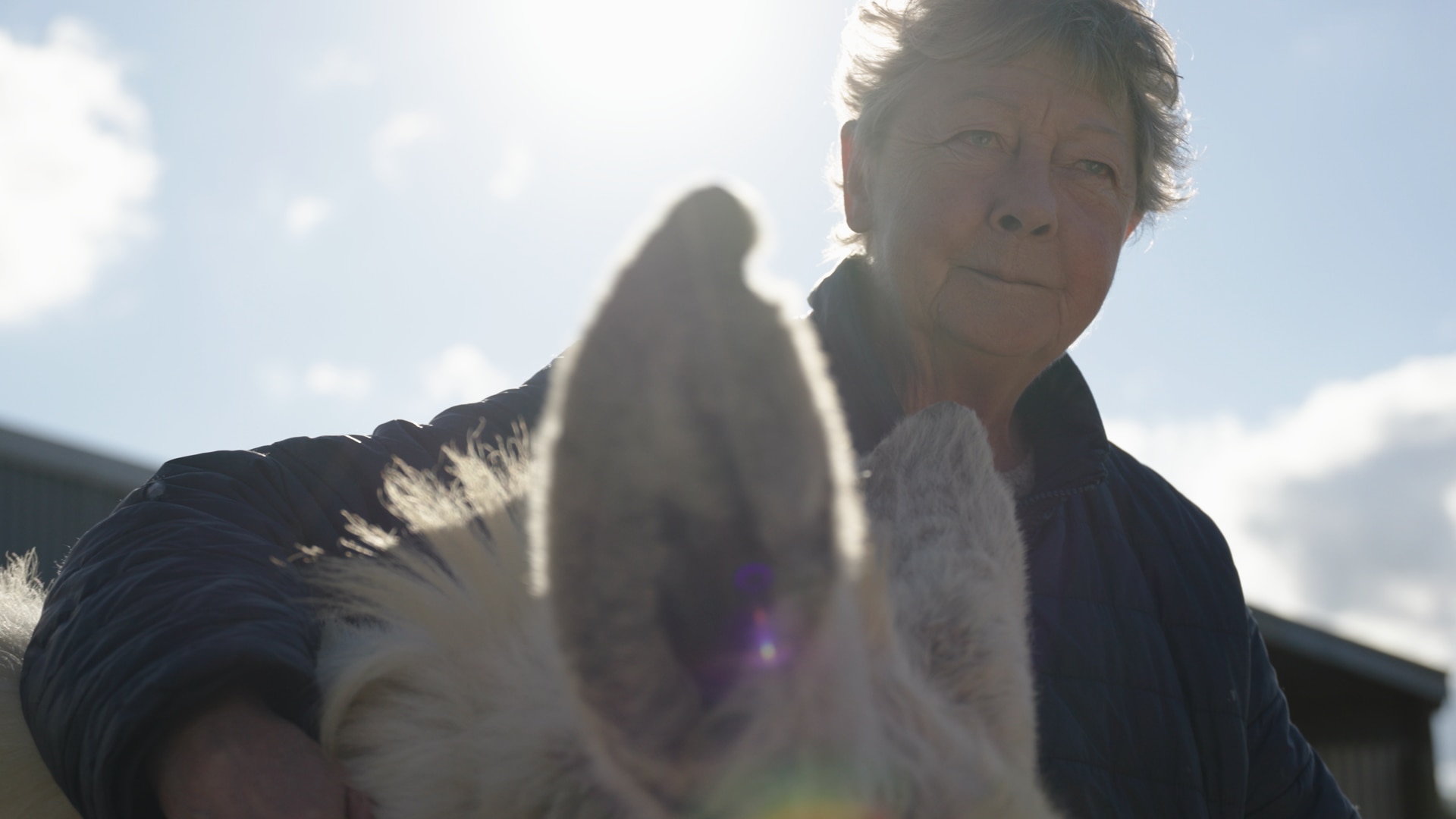 Ms Dodd thinks donkeys are dying "in vain".
The Feed
May Dodd believes processing donkeys for ejiao is a cruel industry and says donkeys are clever and emotionally intelligent animals.

“There’s a bit of a myth that donkeys are silly and stubborn, and that’s never been my experience,” May Dodd said.

“They have a magnetic attraction to people [and] they love you.

“I don’t like to see anything die and especially donkeys, but to die in vain is the thing that upsets me the most.” 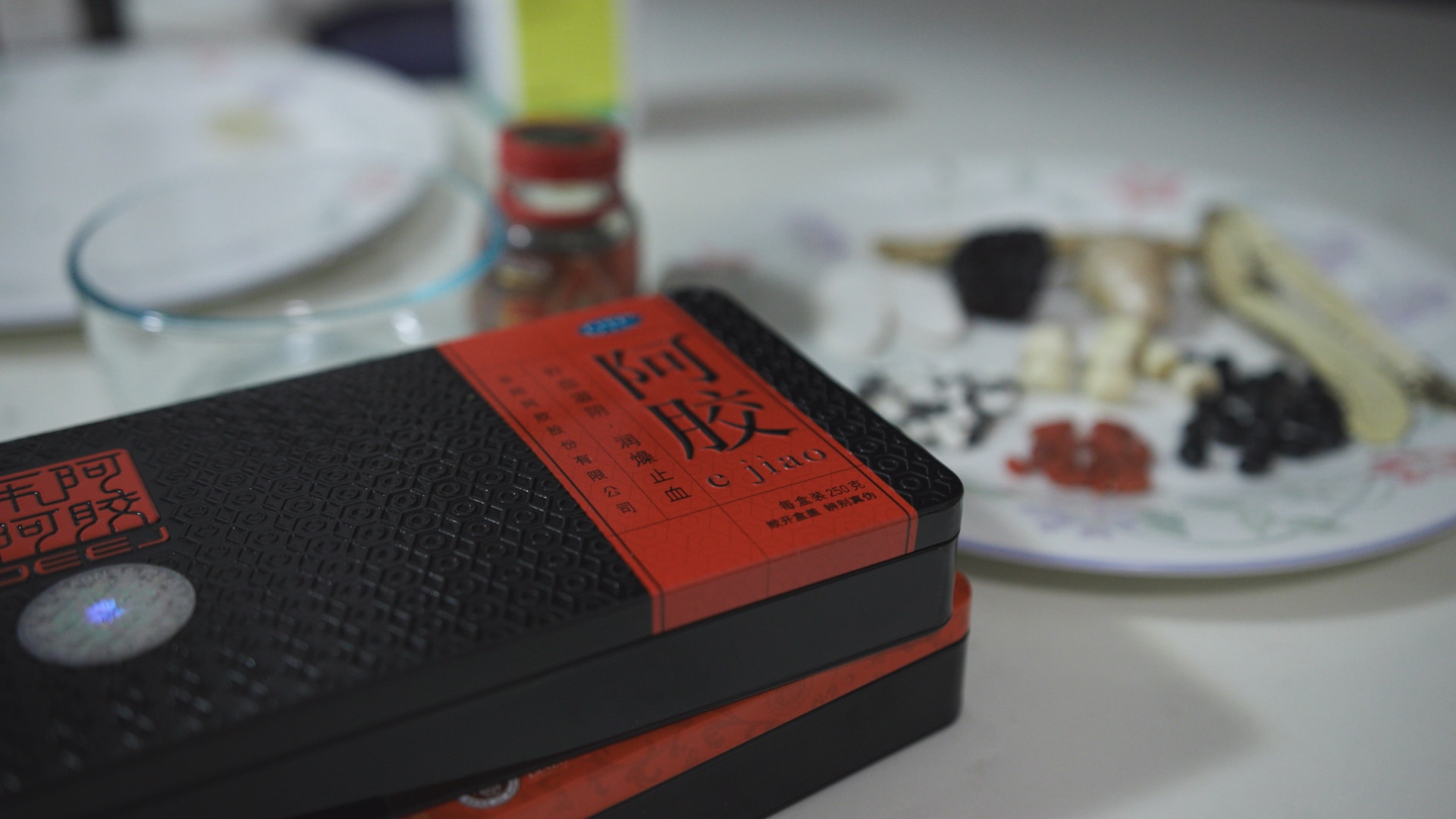 Australia imported more than five million dollars worth of ejiao in 2018.
The Feed
But Mr Wong says harvesting donkeys for their skin is “the same as people eating a cow, pig or chicken.”

“Currently the company will source some of the donkeys from around the world … because they use a lot of donkeys to make the products,” he said.

“The donkey supply is not enough and can’t meet the demand.”

In 2018, Australia imported more than five million Australian dollars of ejiao, becoming the 8th largest importer of ejiao in the world.

A box of ejiao retails for up to 400 Australian dollars.

“The company is located in the Northern part of China or the actual suburb called Shandong, which is a very natural, organic area with no pollution,” Mr Wong told The Feed.

“To keep up [with] the demand for the product, we actually have to import the product every month.

“It’s not good to talk about the health benefits in Australia as we didn’t go through the Australian TGA process.” Is ejiao the new ivory?

According to the Donkey Sanctuary UK, China processes 4.8 million donkey skins each year for ejiao.

In 1992, there were an estimated 11 million donkeys in China but by 2019 three quarters of the population was gone.

Looking at overseas donkey populations, animal rights organisations have compared the rush for ejiao to the devastating impact of the ivory trade. They say the product is responsible for the decimation of donkeys around the globe.

At least 10 African countries have now banned or restricted exports of donkey skin, Kenya becoming the latest to join in 2020.

In Australia, the live export of donkeys is banned but the processing of their skin falls under different regulations.

According to a spokesperson for the Department of Agriculture, “Australia does not currently have access for the export of donkey meat, meat products and edible skins to China.”

The Department said a few consignments of donkey hide have been exported elsewhere in the last two years, “however, currently there is no officially established government export certification for edible donkey skins and hides for any market.” 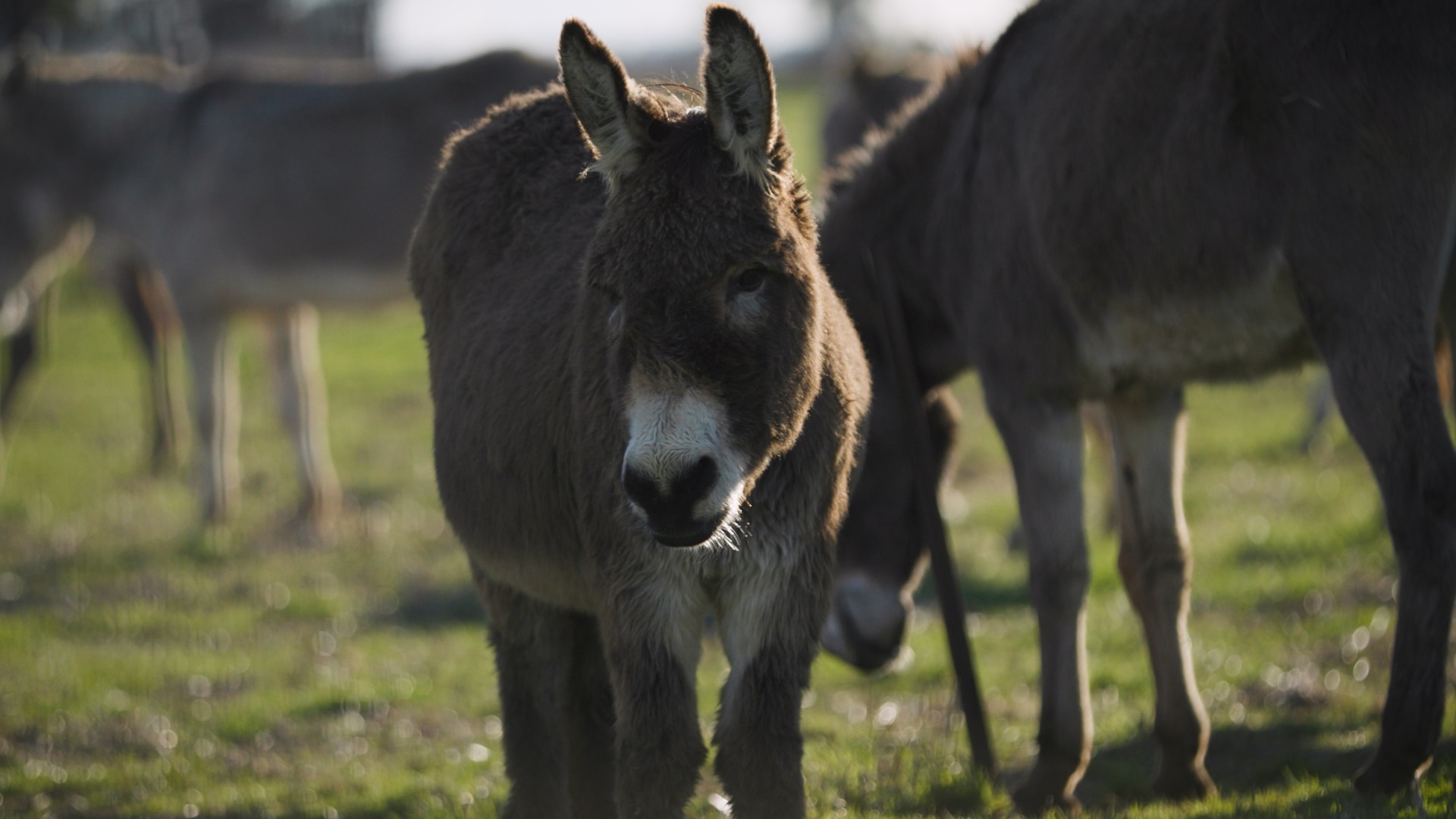 Animal activists are upset about the use of donkeys in Chinese medicine.
The Feed

“Four years ago, I had a coffee with a Chinese guy who was actually after some cattle, but then he wanted 10,000 donkeys, so we went from there.”

According to Mr McGrath, he can make as much as $800 per donkey.

“The Australians don’t understand how lucrative the donkey world is, where the other countries do.

“We could repair our relationship with China.”

Mr McGrath has 15,000 donkeys at a property in the Northern Territory and plans to set up an abattoir for donkeys in north Queensland.

“I want to set up a breeding program to look long-term down the tunnel,” he said.

“The best thing we can do is monetise it.”