The CEO of Southern Bay Brew Co has stepped down after repeated social media offenses.

Above video: doctors weigh in on whether to raise the legal drinking age.

Geelong-based brewery Southern Bay Brew Co have landed themselves in hot water after posting a homophobic meme to their Facebook page yesterday afternoon.

The meme, which read “Non-alcoholic beer - you mean gay lemonade?” was removed within the hour after receiving a tidal wave of negative attention. "Gross and bigoted marketing. It's not funny and has the potential to create real harm,” said one responder.

After the post had been deleted, CEO Nick Warming released an official apology via the company Facebook.

“Apologies to all for an earlier post. This was posted without any thought whatsoever and no offence was intended,” the post reads.

“We realise this is not good enough and we should not have posted the homophobic beer meme. It will not happen again. It was a gross error and mistake and we would appreciate it if people were kind enough to forgive us.”

The post in no way reflected the thoughts of staff of the Southern Bay Brewing Co. and they should not be held accountable for my actions.

Punters were reluctant to accept the apology, with many airing their distaste on the apology post.

In an update posted this afternoon, Warming asserted that he had stepped down as CEO but did not make mention if he is still with the company.

It’s not the first time that a meme posted by the company has sparked outrage online.

Back in January of this year, the Alcoholic Beverages Advertising Code (ABAC) ruled in favour of an official complaint over a tweet sent in December 2018.

The tweet was a meme that suggested drinking six beers in one sitting which the ABAC found promoted binge drinking. 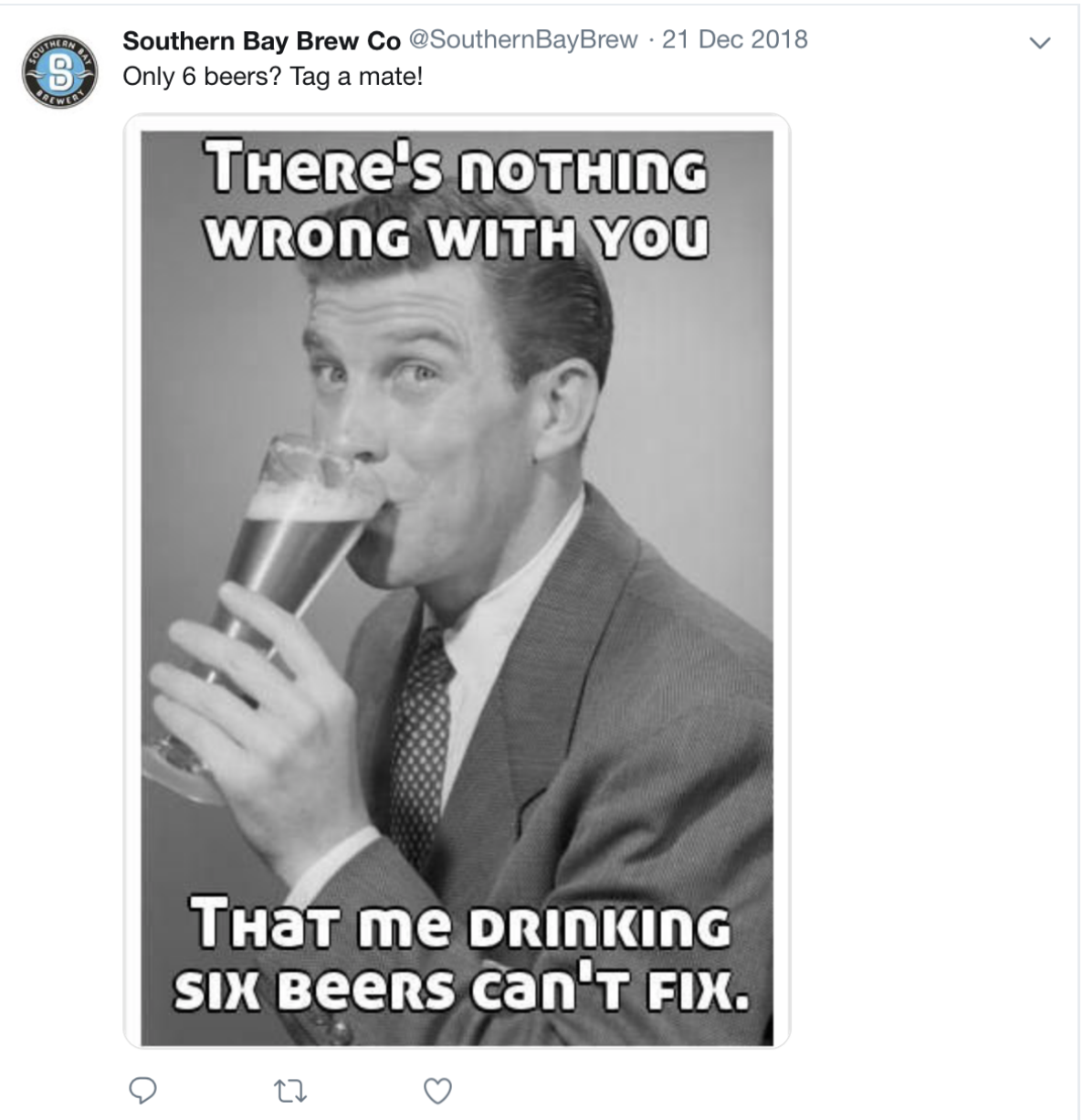 Speaking to Brew News, Warming claimed that the tweet was the work of a third party social media company. The incident prompted Warming to take over social media duties for the company.

The Feed has reached out to Southern Bay Brewing Co for comment but did not receive response at the time of publishing.