With youth unemployment still more than double the national average, The Feed looks at whether the New South Wales government’s big jobs pledge really stacks up for young people.

Between cracking down on music festivals (see video above), refusing pill testing and the lockout laws, the NSW Liberal party is facing an uphill battle with young voters at the upcoming state election.

Young Australians are not seeing the benefits of almost three decades of economic growth in Australia, according to a recent analysis of jobs data by The Brotherhood of St Laurence

"Young people are too often depicted in simplistic terms of consumers of overpriced smashed-avocado toast with a fascination for selfies, and that's plain wrong," she said.

At 23.3%, the Coffs Harbour region on the NSW far north coast has the second highest youth unemployment in the country, just behind outback Queensland.

The centrepiece of the policy includes two new vocational high schools (in Western Sydney / the North Coast) and the expansion of a 'Productivity Bootcamp' program to two more sites across the state.

Both investments have a big focus on trades - the bootcamp on potential construction workers, while the new schools will offer metal and engineering and electro-technology.

"We are doing more to support our young people to assure them that a trade is both a credible and rewarding career option", said Deputy Premier John Barilaro at the announcement.

But the details are sketchy.

NO PROMISES ON FUNDING:

Paul Breen - founder of the Productivity Bootcamp, which assists graduates into traineeships - says he's not yet been able to confirm with the state government just how much funding his company will receive to expand the program.

He says there's also still no confirmation of exactly where the new locations will be established.

A representative for NSW Deputy Premier John Barilaro could not give The Feed any information beyond 'Western Sydney, and the South Coast'.

That means Productivity Bootcamp can't yet pursue the two new projects - even though Breen is keen to get development underway.

If i could start tomorrow, I would.

There are no schools currently locked in to receive the funding for vocational training.

The government says it has so far only invited expressions of interest.

There is also no indication or guarantee from the NSW government that students who go through these new training systems will be allocated one of the 250,000 new jobs at the end of their study - particularly those outside of construction.

NSW Treasurer Dominic Perrottet told The Feed the focus of both the vocational schools and Productivity Bootcamps were to get young people 'job ready'.

JOBS OF THE FUTURE?

The NSW Treasury department says it expects that the $90bn in state infrastructure projects will contribute some 107,000 of the total 250,000 jobs target.

"Infrastructure is the mainstay of the NSW economy with public investment an even more important driver of jobs and investment going forward" said Mr Perrottet.

"This announcement is huge. We haven't seen a targeted approach like this in a really long time'

However, Acheson points out that any policy should result in meaningful employment.

What we need to ensure is that we're targeting the needs of young people and the jobs of the future in the areas they're in.

A recent report from McKinsey Consulting estimates that between 25 - 46% of job tasks in Australia could be automated by 2030.

The report found that 'job displacement' due to automation will be most strongly noticed in outer suburban and regional areas.

This is also where 'vulnerable sectors', i.e, mining transport and construction - where the NSW Government is focusing its attention - account for higher levels of employment.

$17 million dollars has been earmarked for specialist training facilities to be built at each vocational high school. Beyond that, there's little information on how big the overall invoice will be.

The NSW government says all elections commitments will be costed by the independent Parliamentary Budget Office.

Young voters in NSW might have to wait to after election day to find out. 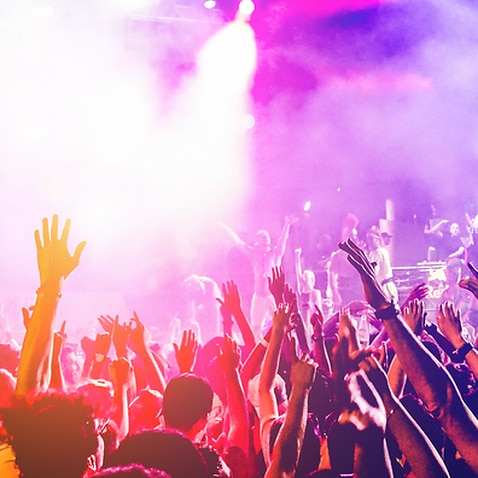