When asked how she ‘copes’ with media pressure, tennis legend Venus Williams pulled no punches, delivering an iconic response that’s been widely praised by her supporters.

As tennis champions rally around Naomi Osaka after her withdrawal from the French Open, Venus Williams has delivered what fans have dubbed the ‘best response’ yet.

Asked by a reporter about how she handles the pressure of competing at an elite level, Venus Williams shot back: “For me personally how I ‘deal’ with it is that I know every single person asking me a question can’t play as well as I can, and never will.”

“So, no matter what you say or what you write, you’ll never light a candle to me,” she continued.

Venus Williams talking about media scrutiny is the energy I need to start bringing into every facet of my life
pic.twitter.com/iqGNHuAzMi

Williams’ confident reply earned respect from those on social media, who labelled her a “Queen”.

“Venus Williams said your insults can’t reach me because you’re not at my level,” one person tweeted.

“Venus Williams rips every critic over the past FOUR decades to shreds in 15 seconds. Put this in The Louvre!” another person wrote.

Williams was responding to Naomi Osaka’s belief that post-match media interviews were harmful to her mental health and described the press conferences as “kicking a person when they’re down”.

Following her comments, an interview resurfaced on social media of Williams’ father lashing out at a journalist in 1995 for asking the 14-year-old questions he deemed inappropriate.

Bringing back this 1995 clip of Richard Williams calling out an interviewer for trying to rattle 14-year-old Venus Williams.

It shows just how invasive the press can be to women athletes of color — and Naomi Osaka is taking a stand against it.

Retweeting the video, fans of Osaka and Williams claimed the video showed what young female athletes are up against.

In the video, Williams told a US journalist that she believed she could beat her opponent.

The journalist then repeated her quote back to her and then declared, “you’re very confident… you say it so easily, why?”

It was at that point in which her father, Richard Williams, interrupted the interview.

“She said it with so much confidence the first time but you keep going on and on. You’ve got to understand that you’re dealing with the image of a 14-year-old child,” Mr Wiliams said.

“You’re dealing with a little black kid and her confidence... Let her be, leave her alone!”

'I wish I could give her a hug, - Williams on Osaka's withdrawal.

Serena Williams said on Monday that she believes Naomi Osaka is 'doing the best she can,' following the second seeds withdrawal from the French Open after deciding not to speak to the media during the tournament. pic.twitter.com/HJhFkgTV3k

Osaka won widespread support from tennis stars after her admission that she faced anxiety and depression since the 2018 US Open.

That year, a 20-year-old Osaka was booed on stage during her first-ever Grand Slam win after beating fan-favourite Serena Williams.

After enduring the booing for 30 seconds, a teary Osaka pushed her cap forward to shield her eyes and Williams put her arm around her opponent.

Her voice audibly shaking, Osaka told the rumbling crowd: "I'm sorry... I know that everyone was cheering for her, and I am sorry it had to end like this. I just want to say thank you for watching the match." 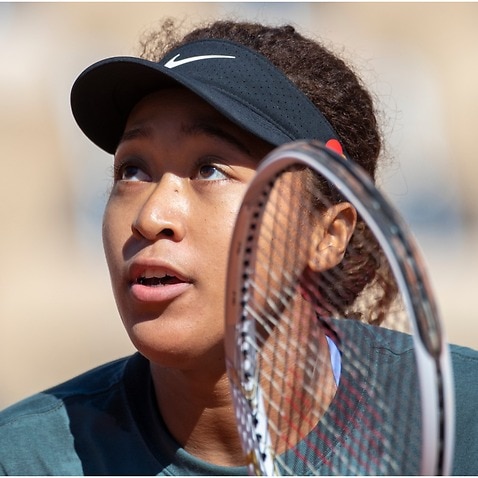 Responding to Osaka’s withdrawal from the French Open, Serena Williams told reporters she wished she “could give her a hug because I know what it’s like.”

“Not everyone is the same. I’m thick. Other people are thin. Everyone is different and everyone handles things differently,” Williams told reporters.

“You just have to let her handle it the way she wants to and the best way she thinks she can. That’s the only thing I can say. I think she is doing the best she can.”

Readers seeking support with mental health can contact Beyond Blue on 1300 22 4636. More information is available at http://Beyondblue.org.au.