Pro-EU centrist Emmanuel Macron will take on far-right leader Marine Le Pen in the second-round runoff of France's presidential election on May 7 after they finished as the top two candidates in Sunday's first round, according to projections.

How is the president elected?

The president is elected directly by the people in a vote of one or two rounds. If neither candidate obtains more than 50 per cent in the first round, a run-off will be held two weeks later.

Every presidential election since 1965 has gone to a second round.

The two leaders of the first round this election were Pro-EU centrist Emmanuel Macron and far-right leader Marine Le Pen. 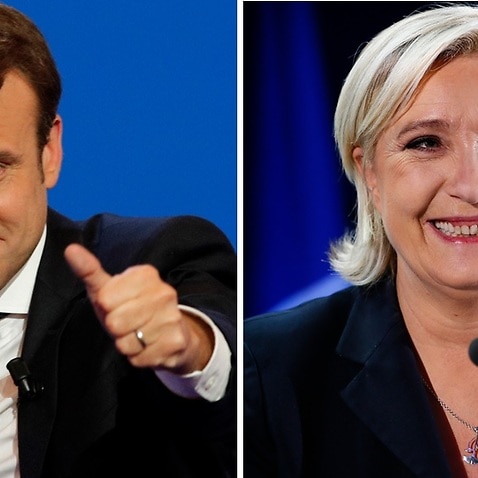 French election: Macron, Le Pen through to second round

Who ran in the first round?

Why is it important?

France is the eurozone's second-biggest economy as well as a global military and diplomatic heavyweight, with veto power as a permanent member of the UN Security Council.

The second round will come down to a battle between the pro-European, pro-globalisation vision of Macron and Le Pen's hostility to the EU and NATO.

If Le Pen wins, it will further shake up the West's liberal post-war order, already rattled by Britain's vote to leave the EU and Donald Trump's election to the White House.

How does the election work?

Turnout was around 69.4 percent at 1500 GMT, three hours before the final polling stations closed, slightly down on the same point in the 2012 election.

The election is the first in the history of France's 59-year-old Fifth Republic to take place under a state of emergency.

More than 50,000 police backed by 7,000 soldiers from the Sentinelle (Sentry) anti-terror operation were on patrol.

Voters are called back to the polls for the May 7 runoff and the next president will be sworn in by May 14 at the latest. The new president will take over from Socialist Francois Hollande. 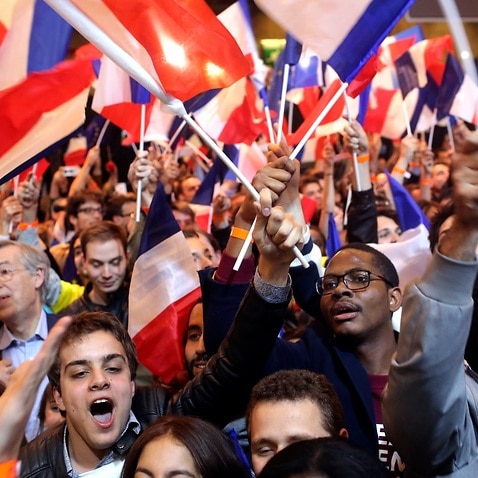