The ex-boyfriend of a woman allegedly raped by Christian Porter in 1988 says he had multiple 'relevant discussions' with both people over a number of years. 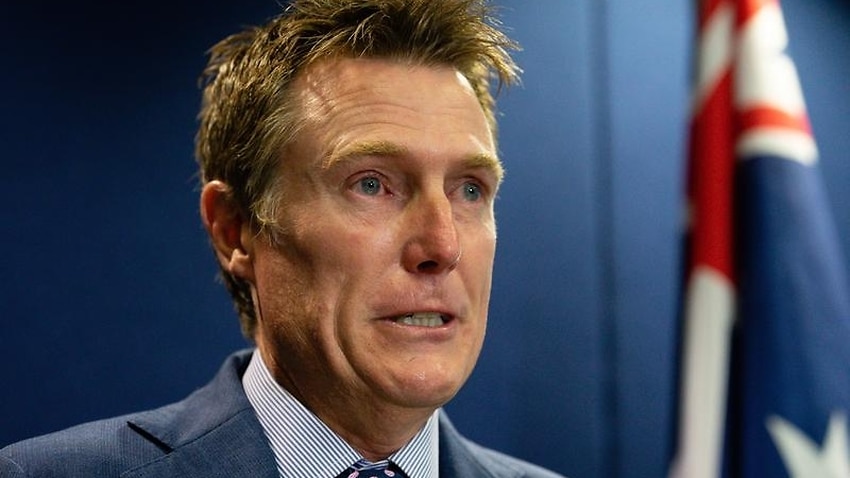 The ex-boyfriend of a woman allegedly raped by Christian Porter had discussions with the minister. (AAP)

The ex-boyfriend of a woman who accused Christian Porter of raping her when they were both teenagers says he had "relevant discussions" with Mr Porter over a number of years.

James Hooke, who is now senior managing director with Macquarie Group, has offered to appear before an independent inquiry into the historical rape allegation.

Prime Minister Scott Morrison has resisted such an inquiry, saying he stands by his cabinet colleague, who is on mental health leave.

Mr Porter has firmly denied the historical allegation. A spokesman for the Attorney-General on Friday afternoon said he would not be commenting on Mr Hooke's revelations.

Mr Hooke said in a statement issued on Friday he was concerned for Mr Porter's wellbeing and was devastated by the untimely death of his very dear friend.

"Mine is just one set of recollections, and I am aware of the fallibility of human memory, however unintentional," he said.

"That said, I have what I consider to be clear recollections of relevant discussions I had with her over the years from mid-1988 until her death.

"I also have what I consider to be clear recollections of relevant discussions I had with Christian Porter from April 1992 in Perth and through the mid-1990s."

Mr Hooke said he made himself known to NSW police last year after the woman's death and understood why they were unable to interview him.

"In relation to any criminal prosecution, Christian Porter was manifestly and appropriately entitled to the presumption of innocence - it is essential to the rule of law," he said.

"In relation to any investigation of the important non-criminal aspects of this matter, I support an inquiry, like either that conducted by three retired eminent judges after Justice Lionel Murphy was acquitted of charges or that conducted by Dr Vivienne Thom into allegations about Justice Heydon.

"I am willing to testify under oath at any appropriately convened inquiry."

The statement came as NSW police commissioner Mick Fuller told a state estimates hearing the woman made five primary contacts with police via email and phone before she took her own life last year.

But the woman never lodged a formal statement of complaint that could be admissible in court.

Mr Fuller had a "high-level discussion" about it with deputy commissioner David Hudson.

Read More
‘I can’t keep it to myself anymore’: More women disclosing sexual assault in wake of political revelations

But asked whether he kept politicians including Prime Minister Scott Morrison informed of the matter, Mr Fuller said: "At no point in time in this matter have I had any communication with any member of government, federally or from a state perspective."

Mr Fuller said it was police custom and practice if a victim withdrew the matter "then, outside the victim care aspect of it is, the matter is finalised".

"And that is not (just) for the attorney-general, that is for every matter," he said.

"Now whether that is right or wrong, they are certainly things that we are looking at at the moment with a whole broader range of things around the journey for victims into the justice system, particularly around sexual assault and historic sexual assault matters."

Police intended to travel to the woman's home city of Adelaide to talk to her but were prevented due to COVID restrictions.

Mr Fuller said the last contact between investigators and the woman involved her saying she no longer wanted to proceed in the matter.

He said such a withdrawal was not unusual for victims, and it took enormous courage for people to come forward.

The police chief was aware the woman had prepared another document - which he described as a "diary entry" - and friends had passed it on to the AFP.

"I understand that at least the document that the alleged victim had prepared some years ago is now in the possession of NSW Police but I'm unsure about what other evidence came with that."

Mr Porter is on leave but his office has been contacted for comment.