The One Nation senator wants an apology after Greens senator Sarah Hanson-Young said the next terror attack will be on Pauline Hanson's head after her burqa stunt in the Senate.

A Greens senator has faced off with Pauline Hanson over her burqa stunt in parliament, warning the next terror attack will be on her head. 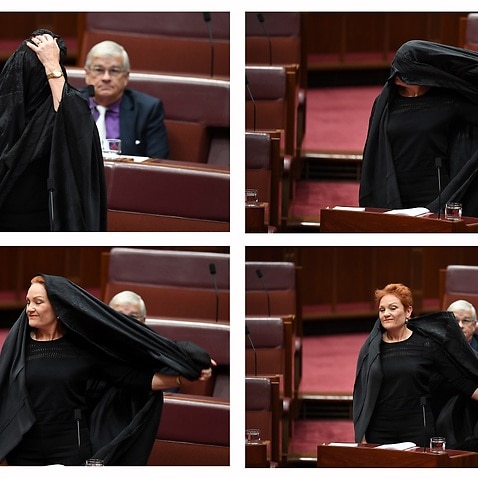 Senator Hanson needs to reflect on the fact security experts think her actions will be used to promote extremism, she said.

"You are doing ISIS's work for them," Senator Hanson-Young told the Seven Network on Monday.

"You are putting the entire country at risk."

Senator Hanson stood by her push for the burqa ban, despite what Senator Hanson-Young labelled a "stupid stunt".

"The next attack in Australia will be on your head Pauline," the Greens senator said.

But Senator Hanson hit back in a later statement, saying it was the Greens instead putting Australia at risk.

"To think that drawing attention to the problems associated with full face coverings like the burqa, and starting a debate, might somehow justify a terrorist attack on Australian soil shows you just how out of touch the Greens are," she said.

"It was disgusting and Ms Hanson-Young should apologise."

Senator Hanson vowed to continue speaking up for what she described as Australia's silent majority.

"The Greens want to open Australia's borders, they are weak on security and regularly pander to ideological extremists. It is the Greens who are putting this country in danger."

One Nation's primary vote rose from 8 per cent to 9 per cent in the latest Newspoll, but Senator Hanson doesn't think it was driven by wearing the burqa in parliament.

"But I do believe the burqa is something that we need to actually talk about." 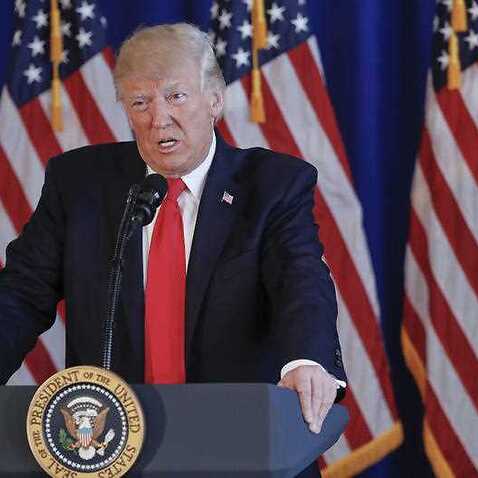