More than 30 million of girls believed missing in China have been found, research reveals.

Infanticide and abortions have been blamed as the reasons why there are anywhere between 30 million to 60 million girls missing in China, the world's most populous nation.

"People think 30 million girls are missing from the population," Associate Professor John Kennedy of the University of Kansas said in a statement.

The Associate Professor has been investigating where millions of girls are with Shi Yaojiang of Shaanxi Normal University in China.

"That's the population of California, and they think they're just gone."

However, Associate Professor Kennedy and Mr Yaojiang's investigation, which was published in the China Quarterly in November, has said they have found the missing girls alive and with their families. Young girls take their positions to lead their daycare on an outing in Beijing Monday October 13, 1997.
AP

In rural areas especially, male children are prized for being able to undertake physical labour, be breadwinners and carry on their family name.

The 2010 Chinese census found the sex ratio at birth was 118 males for every 100 females, compared to the usual average of around 105 males to 100 females.

Kennedy and Yaojiang said they found many of the births of the "missing girls" were never reported or they were registered in the Census at a later date.

This was possible because local government officials workers agreed they would not enforce the one-child policy or document "out-of-plan" births, according to the pair, in return for parents' cooperation in their communities.

"We noticed that qualitatively when we interviewed villagers and higher - and lower - level officials everybody had a tacit understanding that yes, millions of girls and some boys, too, were allowed to be unregistered," Kennedy said.

"And then these children appear in the population statistics as older cohorts at junior high school age and marriage age." Kennedy and Yaojiang commenced their investigation in 1996 by talking with communities and trawling through data. One of the very first villagers they interviewed referred to his daughter as "the non-existent one".

Kennedy said they then compared the number of children born in 1990 to the number of 20-year-old men and women in China in 2010. They found an additional 4 million people, with 1 million more women than men.

"If we go over a course of 25 years, it's possible there are about 25 million women in the statistics that weren't there at birth," Kennedy said.

Kennedy said his and Yaojiang’s findings have only been published now because they considered it too "politically sensitive" to publish earlier. 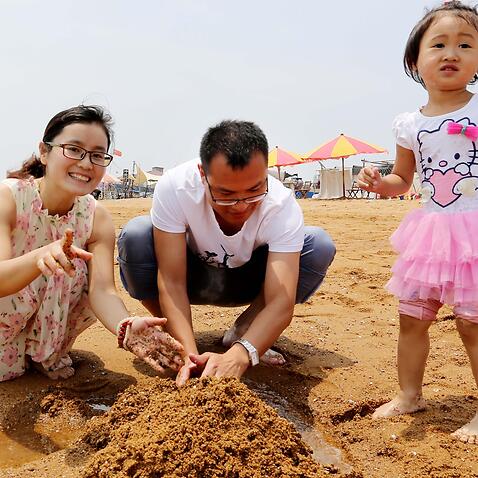