The Oxford coronavirus vaccine trial has been put on hold. Experts say we shouldn't be worried

Health experts have described a pause in phase three trials as 'quite a normal' part of vaccine development. 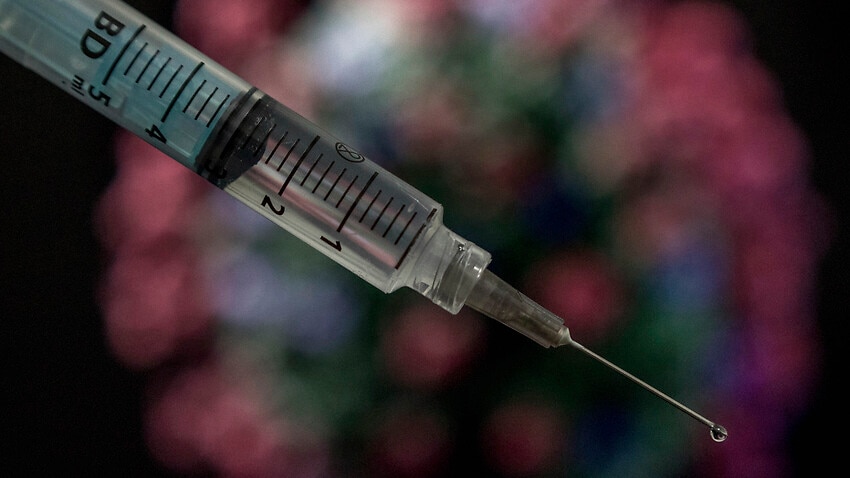 Health experts have urged Australians not to be concerned about the safety and progress of the Oxford coronavirus vaccine after phase three trials were halted.

In a statement, AstraZeneca said an independent committee would now review its safety data.

The World Health Organisation (WHO) has described the AstraZeneca-Oxford vaccine as a leading candidate, with Australia on Monday signing a deal to manufacture about 34 million doses if the trials prove successful.

While the halt may cause delays in the vaccine’s development, medical experts say it is far from a serious setback.

The Therapeutic Goods Administration (TGA) defines ‘adverse events’ as unintended and occasionally harmful occurrences associated with the use of therapeutic goods, but not always caused by the drug itself.

In its statement, AstraZeneca said the pause was a “routine action” to allow an independent investigation into the “potentially unexplained illness,” in one of its participants.

"This is a routine action which has to happen whenever there is an unexplained illness in one of the trials, while it is investigated, ensuring we maintain the integrity of the trials," the company said.

The New York Times reported a participant in the United Kingdom trial was found to have transverse myelitis, a rare viral condition which inflames the spinal cord.

Deputy Chief Medical Officer Nick Coatsworth said it was far too soon to draw a link between the vaccine and the condition.

“I think one of the most important things is to remember that many thousands of cases of transverse myelitis would occur around in Australia and around the world every year that have nothing to do with vaccines,” he said.

“With many thousands of people getting the vaccine, medical events can happen that have nothing to do with a vaccine.”

Dr Coatsworth said the pausing of the event was “quite normal” when it comes to vaccine development.

“All vaccine trials, whether it's COVID-19 or any new vaccine that we develop, have built-in rules, checks and balances with regards to maintaining safety,” he said.

“A vaccine trial stopping for these reasons is, in fact, quite normal in routine vaccine development.”

Workers of the mAbxience laboratory, chosen by AstraZeneca for the production in Latin America of the Oxford vaccine against COVID-19 carry out testing. Source: AAP

RMIT Professor Magdalena Plebanski, a respected vaccine researcher, said the pause is far from unusual when it comes to phase three trials of vaccine candidates.

In the final stage of community testing for the Oxford vaccine, researchers aim to recruit at least 50,000 volunteers across several countries to test the vaccine’s effectiveness in the wider community.

“In phase three, a wider spectrum - often an older population - is usually enrolled into the vaccine [trial], which means that you will get people that may already have other susceptibilities which may not necessarily be related to the vaccine itself,” Professor Plebanski told SBS News.

The voluntary pause means new participants are not being immunised with the dose, but participants who have already been vaccinated will continue to be monitored.

Professor Plebanski welcomed the investigation but added she does not hold concerns about the vaccine’s general safety.

“The regulations about vaccination have increased more and more over the decades,” she said.

“That the trial is being investigated- that's a positive - because then we will know exactly what kind of individual maybe should not be taking this particular vaccine.

“It may be completely unrelated. Then we're going to say 'how amazing, out of 50,000 people, nobody has had a serious reaction'.”

If found successful in treating COVID-19, the Oxford vaccine is expected to be widely available by mid-2021.

The Australian government has said the first doses of the vaccine could be distributed to the public as soon as January and February next year.

Professor Plebanski expected the pause of the trial to cause some small delays to those timelines.

“There will be a delay while it's being investigated, but I would not say this would be a major delay,” she said.

“Obviously, it depends on what actually caused the adverse event.”

Dr Coatsworth rejected speculation Australia may have to walk away from its vaccine deal if the Oxford trial runs into additional setbacks.

“It's very hard for us to say with a single adverse event in the trial, that we're anywhere near the point of that trial actually stopping or that there might be a cloud over that vaccine,” he said.

“I don't think we're even close to thinking about that sort of thing with this single event.”

Health Minister Greg Hunt is also unfazed by the trial suspension, saying the government is in discussions about a number of promising vaccines, and is prepared to invest in others.

The federal government has also signed agreements to secure doses of a vaccine candidate currently being developed by the University of Queensland and CSL, which is currently in phase two trials.

Opposition health spokesman Chris Bowen encouraged the government to stick with the AstraZeneca deal, but to pursue investment in a range of potential vaccines.